The declaration means that Michigan is now eligible to participate in the Federal Emergency Management Agency program. 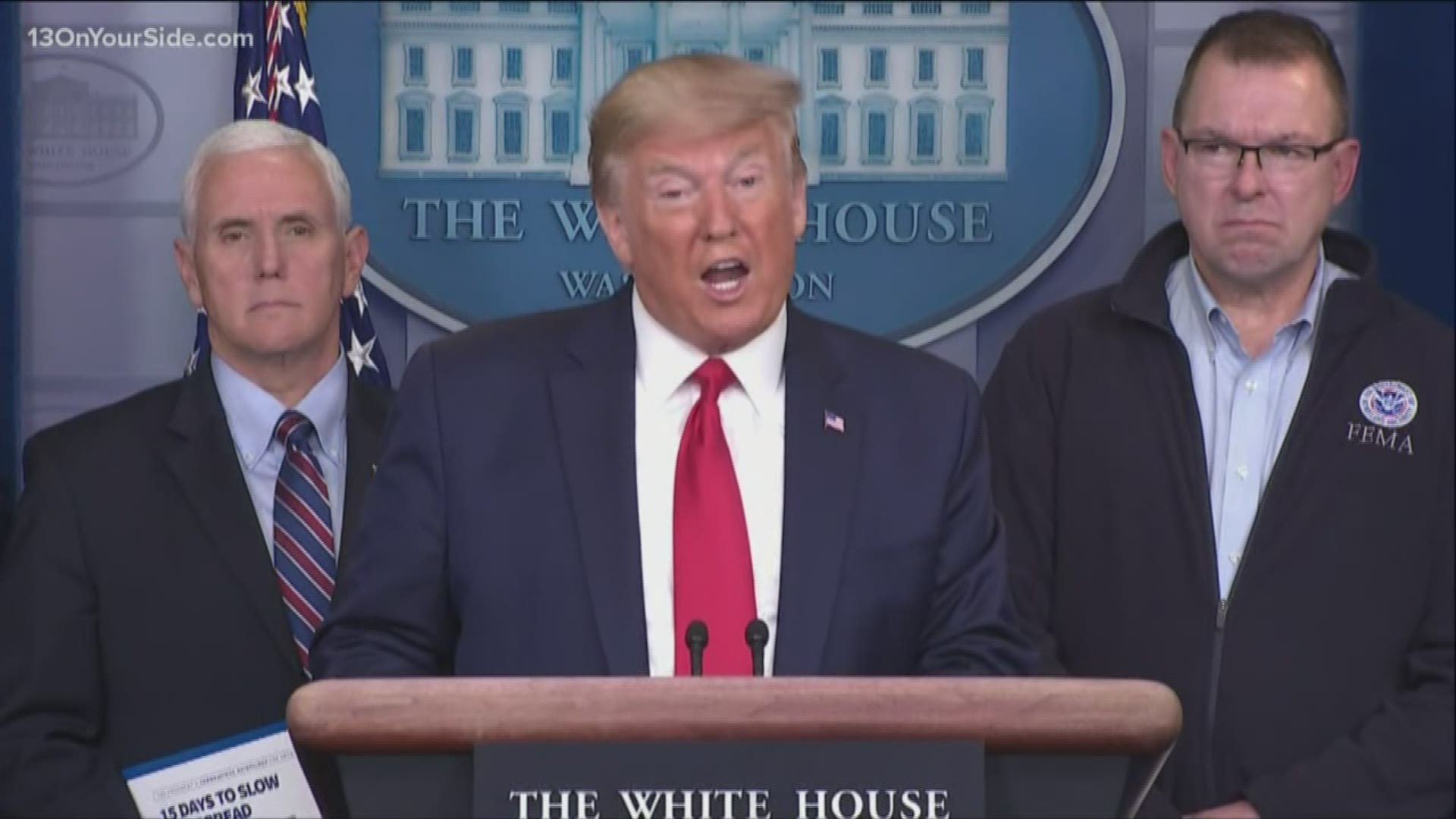 LANSING, Mich. — President Donald Trump approved a major disaster declaration for Michigan in its fight against the coronavirus pandemic. The declaration, which Gov. Gretchen Whitmer requested on Thursday, provides additional money for the outbreak.

Michigan is now eligible to participate in the Federal Emergency Management Agency (FEMA) program to provide relief for Michiganders impacted by the new virus and take measures to slow the spread of it.

As of Saturday, Michigan had more than 4,600 cases, with the majority of those impacting southeast Michigan. A top health official warned that the situation in Detroit will worsen and could become the next hot spot for the virus.

Hospitals on the southeast side are nearing capacity, Whitmer said earlier this week. And they are bracing for a surge in new cases.

“This is a good start, and it will help us protect Michiganders and slow the spread of COVID-19,” said Whitmer in a statement Saturday.

The approval from the White House comes after Trump and Whitmer engaged in some bitter back-and-forth. The governor has criticized the federal response to coronavirus and Trump has lashed back at Whitmer.

On Friday, the president said in the White House Task Force briefing that Whitmer "has no idea what's going on" and claimed "all she does is say, 'oh it's the federal government's fault', and we've taken such great care of Michigan."

The governor alleged medical vendors were told not to send supplies to Michigan, according to several reports. She also tweeted a response to Trump's attacks, saying "I've asked repeatedly and respectfully for help. We need it. No more political attacks, just PPEs, ventilators, N95 masks, test kits. You said you stand with Michigan — prove it."

Whitmer has also requested the federal government for individual assistance programs that will provide meals to families who need them and rental assistance and temporary housing.

"I look forward to the federal government’s continued partnership as we work to fight this virus," the governor's statement read.

Saturday, Whitmer also announced the state received a shipment of 112,800 N95 masks from the strategic national stockpile and additional shipment of 8,000 masks is on the way.

"This is good news in the midst of a lot of tough stuff that is going on," the governor said on Twitter.

The Associated Press contributed to this reporting.

More stories on 13 ON YOUR SIDE:

►Make it easy to keep up to date with more stories like this. Download the 13 ON YOUR SIDE app now.