The problem is most acute in rural school districts like Searcy County, where virtual instruction is being hampered by a lack of stable service. 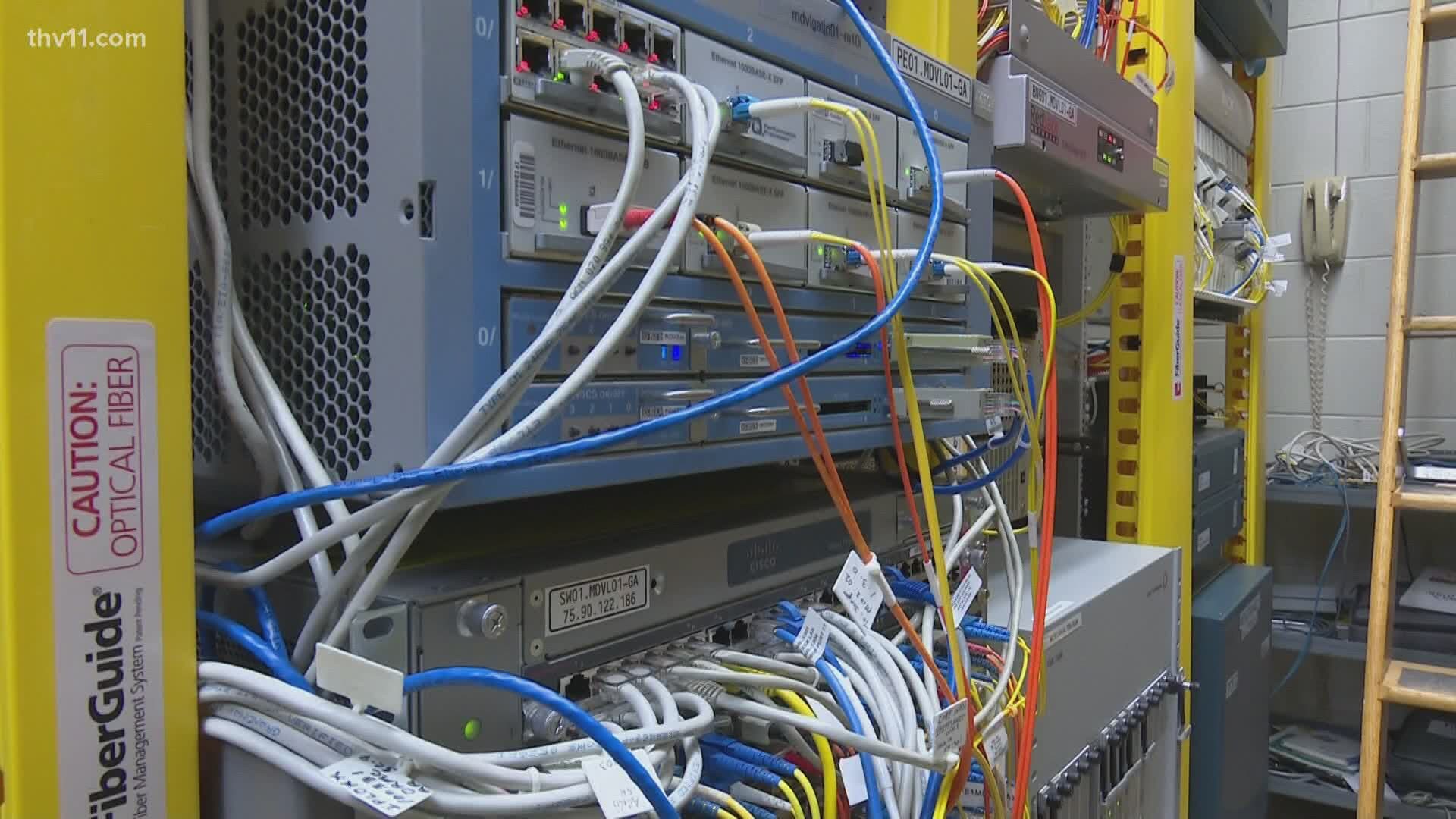 ARKANSAS, USA — The coronavirus pandemic exposed a problem with internet connectivity in Arkansas, but with millions of dollars in federal money available, state officials are asking users to test their speed and send the results directly to them.

The problem is most acute in rural school districts like Searcy County, where virtual instruction is being hampered by a lack of stable service.

"No question, it is the lack of internet connectivity that we have in our school district that is our single biggest challenge," said Alan Yarbrough, superintendent of the district centered in Marshall.

"Our internet provider has been down most of the morning," Yarbroough said.

"You can't imagine what kind of problems that creates for a school district when you're trying to educate the majority online right now."

That may explain why people in Searcy County have been among the most active on the state's speed tracking website broadband.arkansas.gov.

The page measures download and then upload speeds, then takes the data and fills it into a survey. Users then fill in address information and service provider details. After the results are submitted, the anonymous information is mapped on the site's dashboard.

"The pandemic has shown that this is a real issue for Arkansas, and we need to get the connectivity up," said Steven Porch, the executive manager of the state's broadband office. "We're 50th in connectivity [in the U.S.], so we're trying our best to raise that up."

Porch said his office is prepared to act quickly based on the data they site provides. He told lawmakers Monday that the maps can prompt the state to contact internet service providers in an area where connectivity is consistently slow. They can then lean on those providers and support local political leaders with improvement projects.

"We have 100 million dollars in CARES Act funds," Porch said, referring to the money set aside by Congress earlier this year at the start of the pandemic. "We have to expend those funds by December 30, which is a short window."

In some parts of the state, six-figure grants are enough to spur incumbent providers to add capacity. Garland County sheriff Darryl Mahoney said a $610,000 request is awaiting approval. Yarbrough said discussions with providers in Searcy County indicate it will take a lot more money to reach remote areas and create a viable market for the providers.

But Porch says he's ready to spend enough to solve the problem and is not afraid to dangle that cash to competitors to close the digital divide. He just needs people to send him the evidence.

"Let them know the problems you're having with broadband in your area," he said. "Tell them you heard about the program and you want to do something about it."