The governor urged a wake-up call for Arkansans as Sebastian County adds another 87 cases of the virus in the last 24 hours. 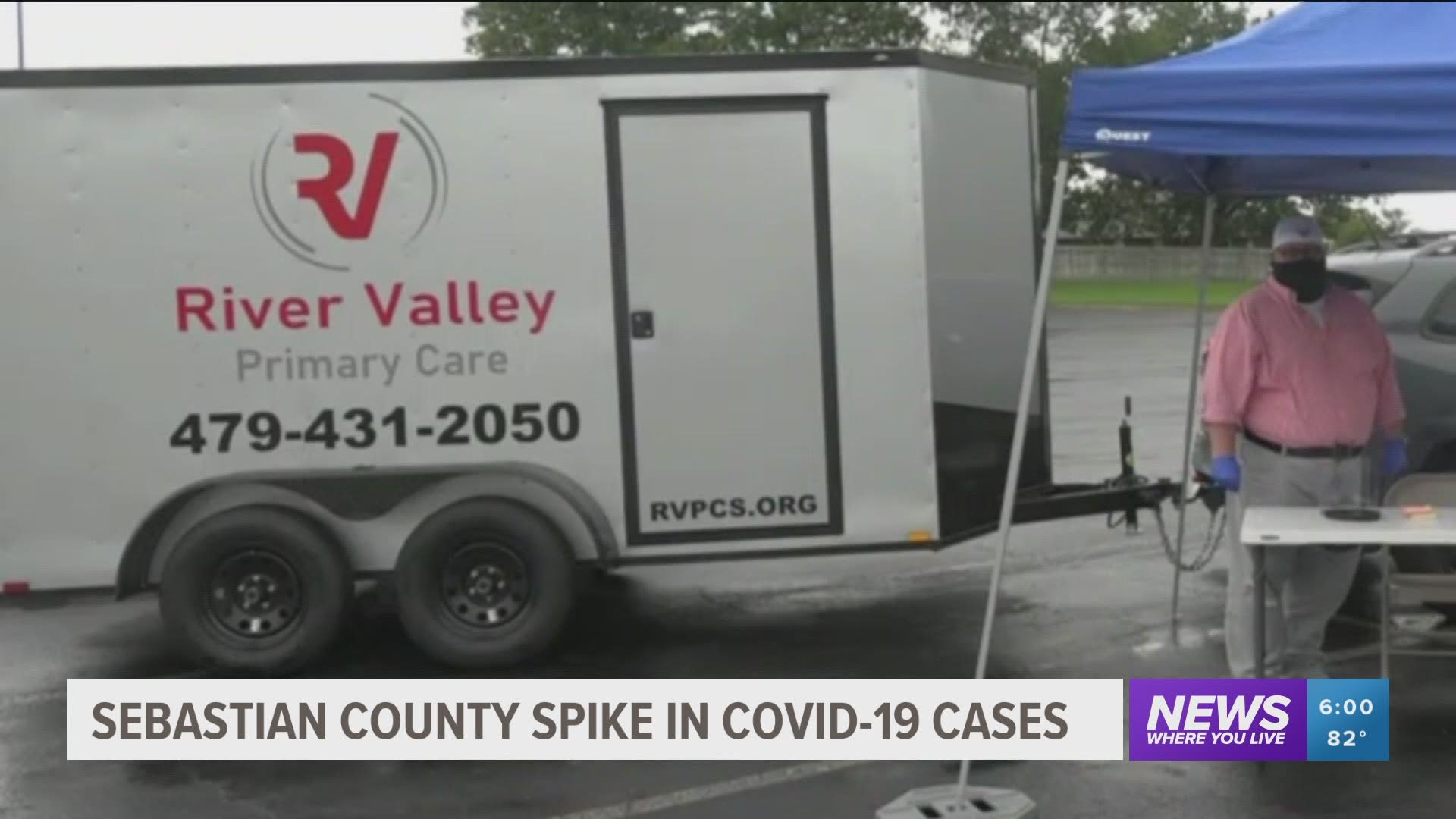 FAYETTEVILLE, Ark — Sebastian County led the state Monday (Aug. 3) with the highest number of new COVID-19 cases. It also now has the most active number of cases per county.

It's an upward trend Governor Asa Hutchinson says will take a change in behavior in the River Valley to slow down.

“Hopefully everyone in the River Valley will pay attention and do their part to reduce the spread,” Gov. Hutchinson said.

The governor urged a wake-up call for Arkansans as Sebastian County adds another 87 cases of the virus in the last 24 hours.

He says people's behavior in the River Valley is mostly to blame.

“It's about large gatherings, it's about behavior, it's about being disciplined and social distancing as well as wearing masks,” Gov. Hutchinson said.

As of Monday, there are 6,882 active cases of COVID-19 in the state. Sebastian County has reported 484 active cases.

The governor says the increase in numbers could be a direct effect of the lack of social distancing and mask-wearing at the recent Peacemaker Festival in Fort Smith.

The governor asked Arkansans to take personal responsibility to curb the spread.

He says hospitals in the River Valley still have plenty of capacity at this time.