The Bentonville School District is still in need of more than a dozen bus drivers before the first day of school. 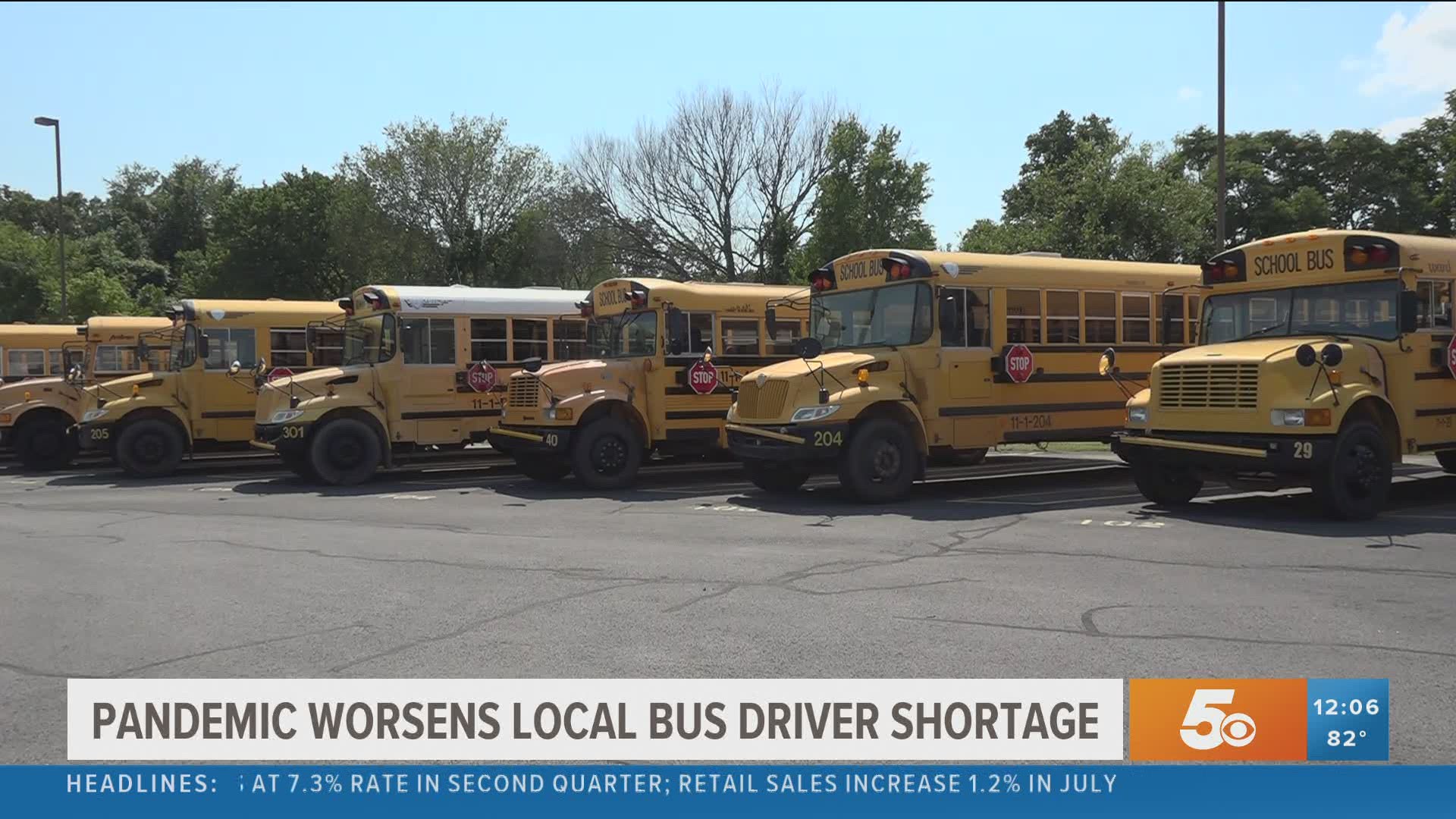 BENTONVILLE, Ark. — Signs that say "bus drivers needed" can typically be seen this time of year all across our area, but this year it’s even harder for some districts to find drivers because of the COVID-19 pandemic.

“We are always looking for bus drivers. We are currently down 19. We expect several more to make the decision that they don’t want to come back. It’s really driven out of fear right now and understandably so,” said Bentonville Director of Transportation Chris Dewitt said.

Dewitt says drivers will be required to wear masks anytime there are students present. He says a lot of their bus drivers are elderly and have underlying medical conditions.

“We are still hopeful that we are going to get drivers who come in that have CDL’s or others that don’t but are willing to go through the training process. We have an onsite training here. We pay $16.10 an hour to start,” he said.

Dewitt says even with everyone in their office who has a CDL helping drive routes, they still won’t have enough drivers to cover every route. He says they can’t have driver consolidate routes because that would increase the number of students on the buses which they really don’t want to do because of COVID-19.

The Bentonville School District sent the following statement to 5NEWS:

"What we’ll ask is for our parents to drive their students to a neighborhood location so the bus driver can pick up/ drop off several students at once. This will shorten the route for our drivers and allow them to still pick up the same amount students. We’ll send out those new routes on Wednesday next week."

In Fayetteville, their situation is a little better.

Director of Transportation Services Mike McClure says as of Thursday (Aug. 13) they are just down one driver but says there are some drivers who may change their minds in the next week.

“We’ve hired three drivers in the last two days, so that’s been a good thing," McClure said. "We had about right before the pandemic broke out back in March, so we’ve tried to keep in touch with them and make sure they’re still on board and so far, we are fortunate in that aspect.”

Both districts say they will have hand sanitizer stations on all buses and they will be cleaned twice a day after the morning and afternoon routes.