The school board member made the controversial statement during a board meeting on how to re-open schools during the coronavirus pandemic. 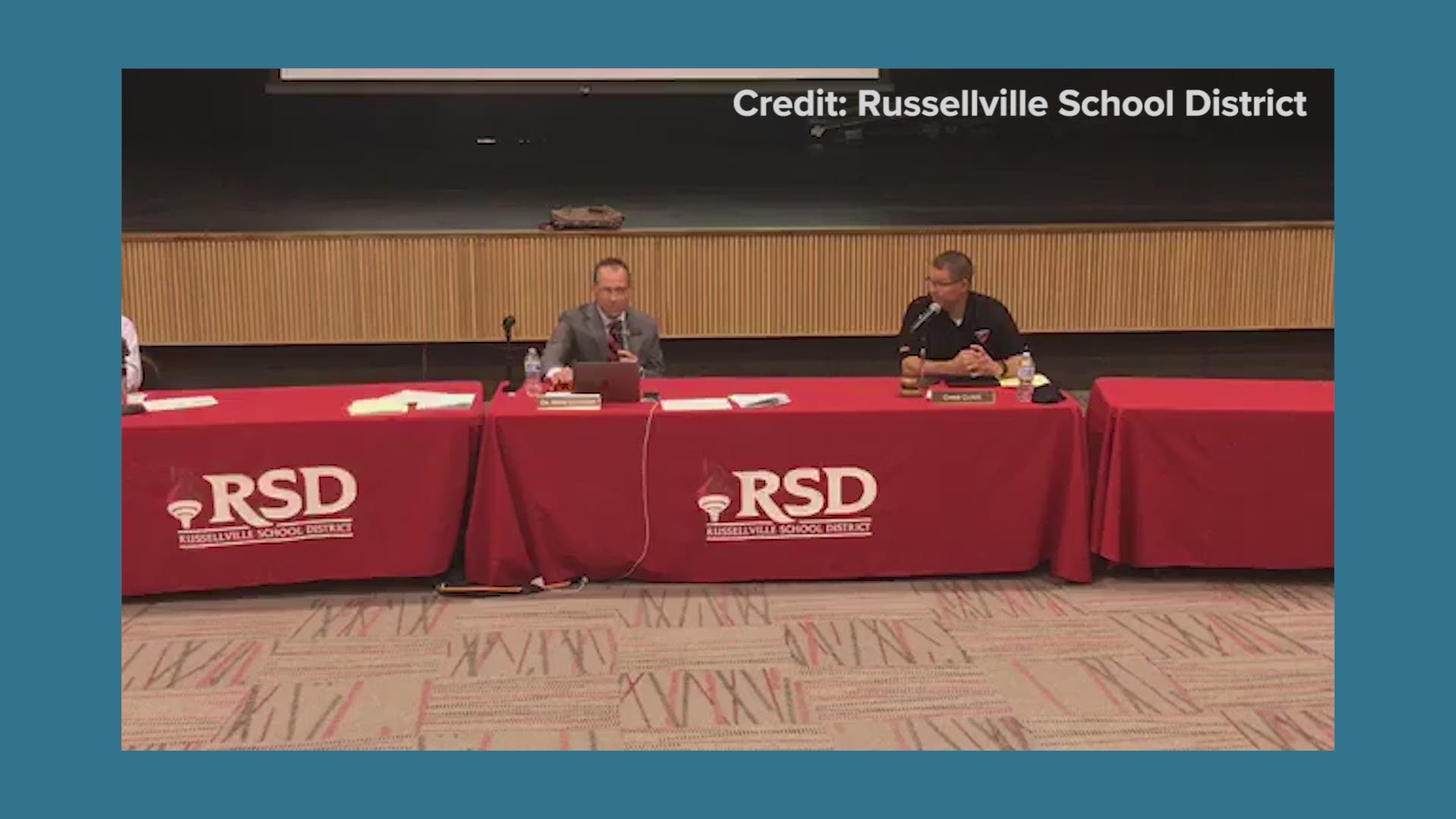 RUSSELLVILLE, Arkansas — A school board member for the Russellville School District is facing criticism on social media after he said has been trying to get his kids to contract coronavirus before school starts.

Jeff Carter, who is the school board secretary, made the comments Tuesday night at a board meeting during a discussion on the district's plan to re-open for the fall semester.

In the video posted to the school district's Facebook page, Carter comments on the plan to brings kids back to in-school instruction and what parents and teachers are responsible for during the pandemic.

Near the end of his comments, he said that he's been trying to expose his kids to people with coronavirus.

"Heck, I've been trying to get my kids around people to get it. So they can start getting the dadgum antibodies for that crap, man," he said.

After he made the comment, laughing can be heard in the video before the discussion continues.

Carter ended his statement by saying people can email him if anyone was upset with his comments.

Some people on social media have called for Carter's resignation after his controversial statement.

In a statement to River Valley Now, Carter said he made his comment "out of jest" and that "it was not my most thought out statement."

"My kids are healthy and there is uncertainty about developing antibodies," he said, "but with most viruses, we develop antibodies through exposure and vaccines."

We've reached out to the Russellville School District for comment, but have yet to receive a comment.