16 students and two staff members from one kindergarten class at Frank Tillery Elementary School are now in quarantine until September 14. 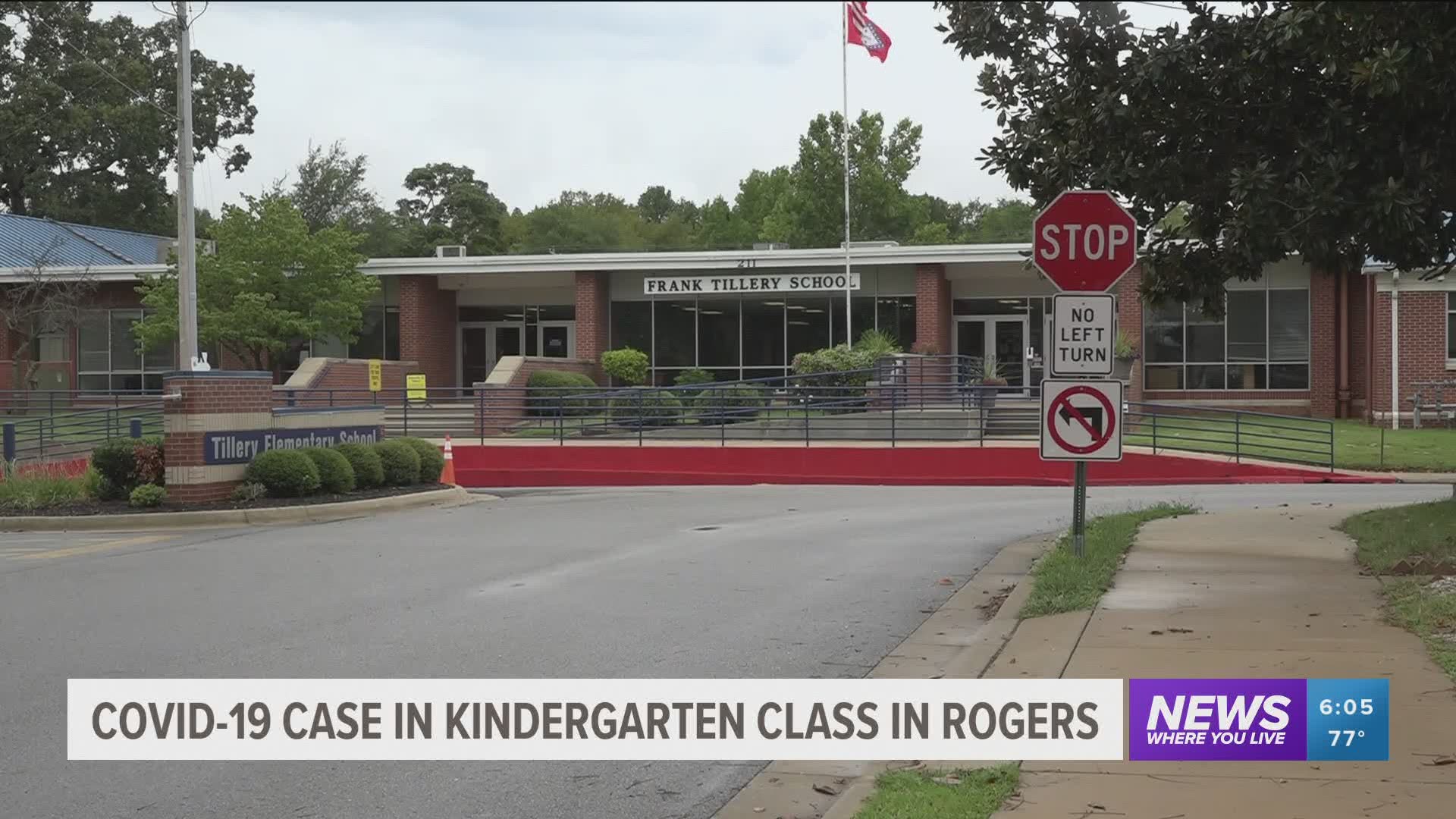 ROGERS, Ark. — Parents of a Rogers kindergarten class are being asked to quarantine with their child after a positive COVID-19 case was confirmed inside the classroom.

16 students and two staff members from one kindergarten class at Frank Tillery Elementary School are now in quarantine until September 14.

“It’s just been a whole different experience for us from going to school to having to stop suddenly and having to switch to doing it at home,” said mother Destine Johnson.

A kindergarten class is now doing virtual learning for the next two weeks because someone in the classroom tested positive for COVID-19.

Johnson says her daughter was sad to find out she couldn’t be with her friends and teachers for two weeks.

“Tuesday, we started virtual learning which has kind of been an interesting experience for us," she said. "She’s very hyperactive, so it’s kind of hard to get her to focus on doing the virtual learning."

There are also two staff members at the school who will have to work from home. The district cannot say if the positive COVID-19 test came from one of those 16 students or the two staff members. This scenario is something the district says they spent the summer preparing for.

Communications Director for Rogers Public Schools, Ashley Siwiec says as part of their precautions this year, they try to keep classes separated as much as possible. She says making a decision on who to quarantine is made on a case by case basis.

“They look at the duration of time that you might have been in contact, so that’s part of the deciding factor if it’s 15 minutes or more cumulative during a day then that person who had been near a positive case would be considered a close contact,” she said.

Those students and staff members currently in quarantine can return to the school on September 14. The Rogers School District’s website shows there are currently 18 active cases in the district.