ADH officials originally released the list saying the churches on it had members who had contracted the virus, they later said they found inaccuracies with the list. 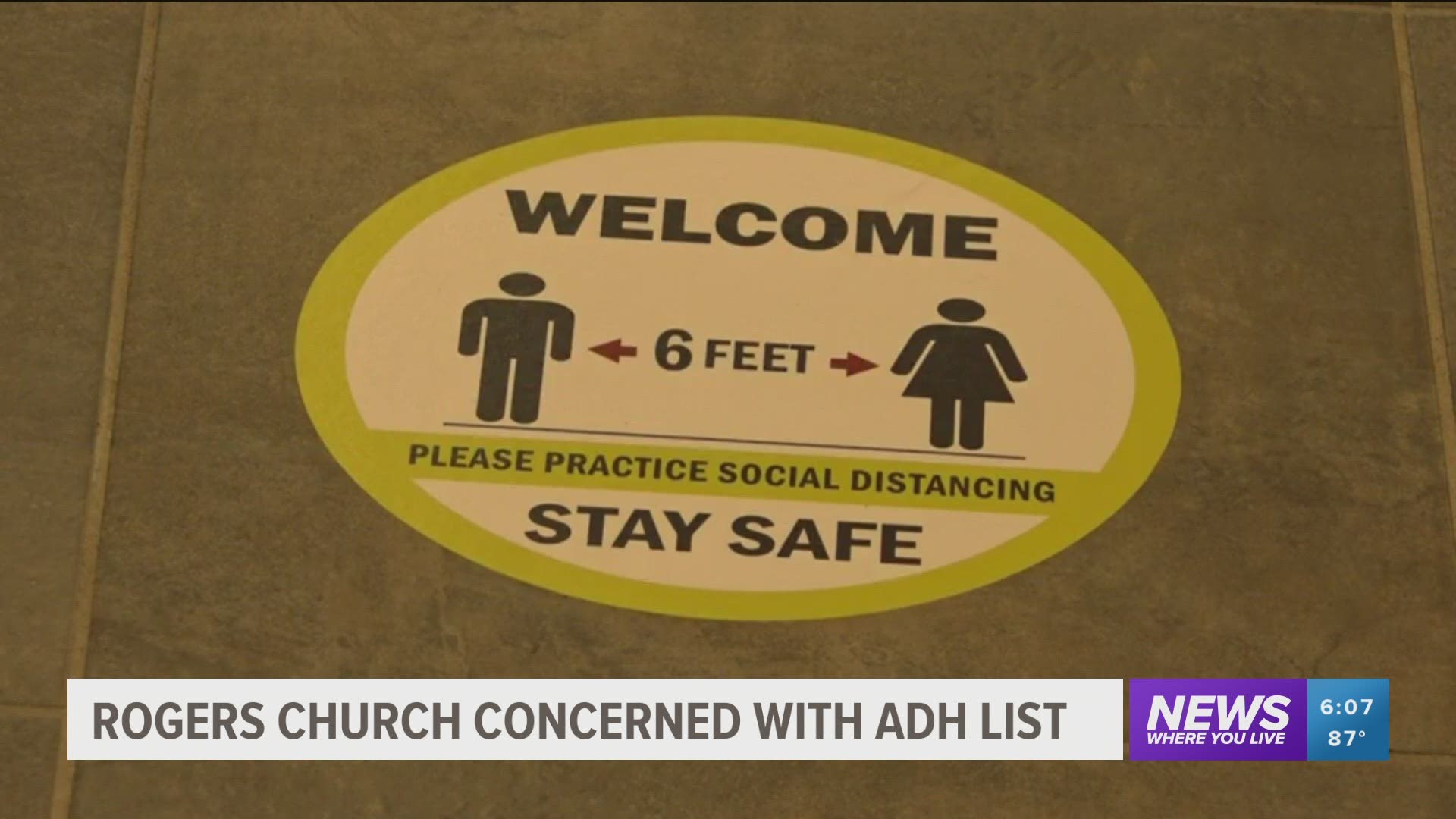 ROGERS, Ark. — After the Arkansas Department of Health (ADH) released a list of churches that have members who have tested positive for COVID-19, it's now saying it has found inaccuracies with the release.

Several churches in our area were among those on ADH's list.

The Pentecostals of Northwest Arkansas in Rogers was one of those churches on the list. Pastor Russell Hamby says he's surprised to see his church included because to his knowledge, none of his members have attended church while infected.

“No one in my pews have been infected with COVID-19, none,” Hamby said.

Pastor Hamby says his congregation is a tight-knit community and everyone has been very open about the spread of COVID-19. He says word traveled fast about appearing on the list.

“We’ve had text messages and phone calls, and in our service on Sunday I took the time to explain what the list was about, it came from the ADH and apparently through tracing our name got mentioned,” Hamby said.

Hamby says he was made aware of two parishioners who tested positive for the virus, however, he says they contracted it at work and not at the church. He says both members have taken all the right measures and have not stepped foot in the church while having the virus.

“If we’ve had people that had contacted it here then yes, put us on the list, I would be very understanding if that had happened. But my point is we have no record of that and we still made the list that we had an outbreak," Hamby said.

Dr. Jennifer Dillaha with the Arkansas Department of Health explained that the goal is for ADH to be able to work with the churches in the state.

“We regretted that the list was released. The idea behind the map was to show that just about anywhere you go, COVID-19 could be brought to a church,” Dr. Dillaha said.

Pastor Hamby says he has still not been notified by the ADH about being on the list.

Dr. Nate Smith with the ADH says the list was released after it was requested by new outlets. He says he never intended to make the list but decided it was public information after discussing it with lawyers.