The seven-day average number of cases has nearly tripled in the past two weeks. 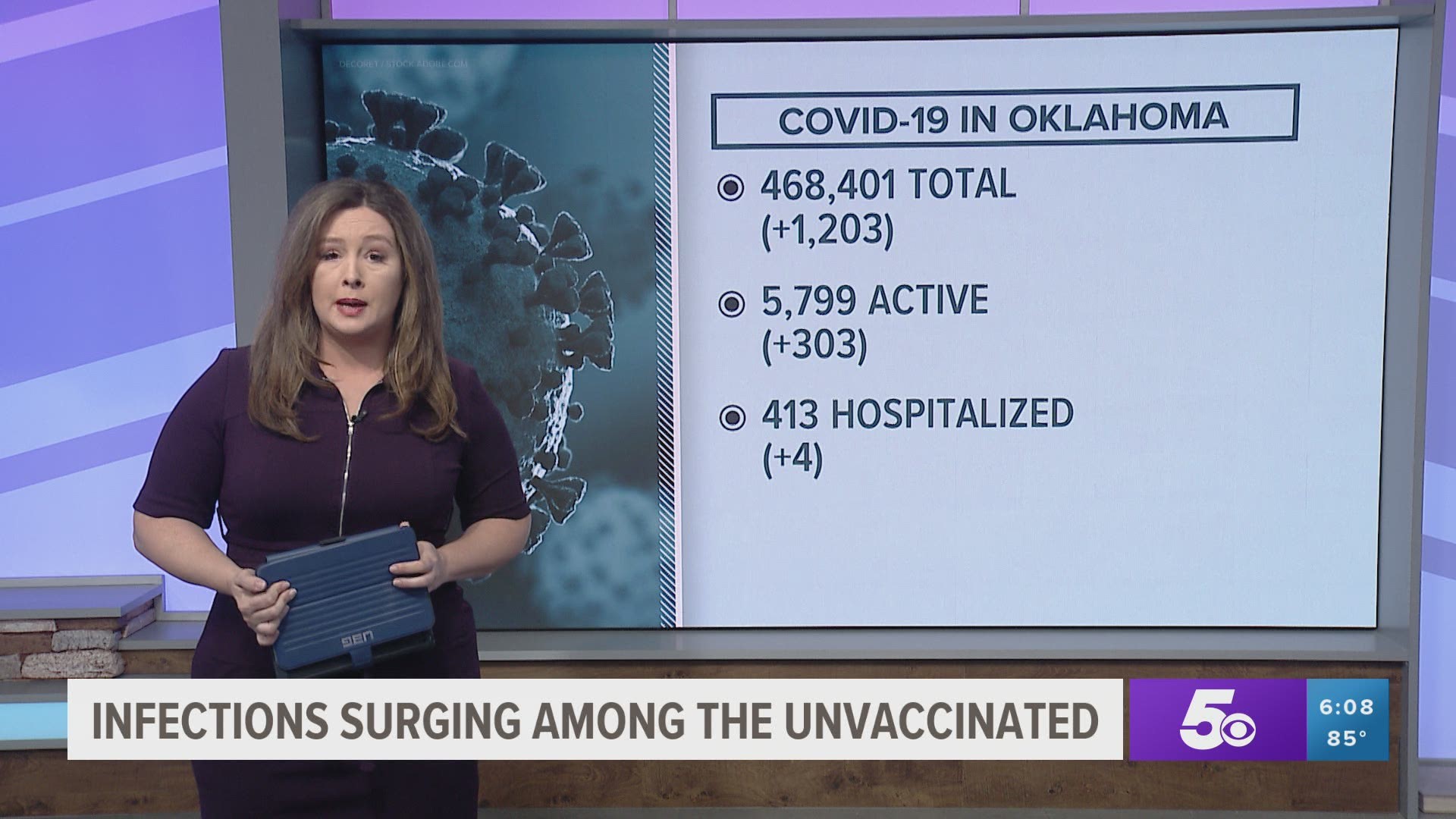 The seven-day average number of cases has nearly tripled in the past two weeks.

The Oklahoma State Department of Health in its weekly report late Wednesday said there were 4,840 new cases for the seven days ending on Saturday.

Health officials say the increase is likely due to the highly contagious delta variant of the virus moving into the state.

Data from Johns Hopkins University shows the seven-day rolling average of new cases in the state increased from 260.6 on July 6 to 749.9 on Tuesday.