Officials say Fort Smith has plenty of COVID-19 tests, just not as many people need it

Since the beginning of the pandemic, Fort Smith Mayor George McGill says Sebastian County has had no deaths from COVID-19 and only 35 positive cases. 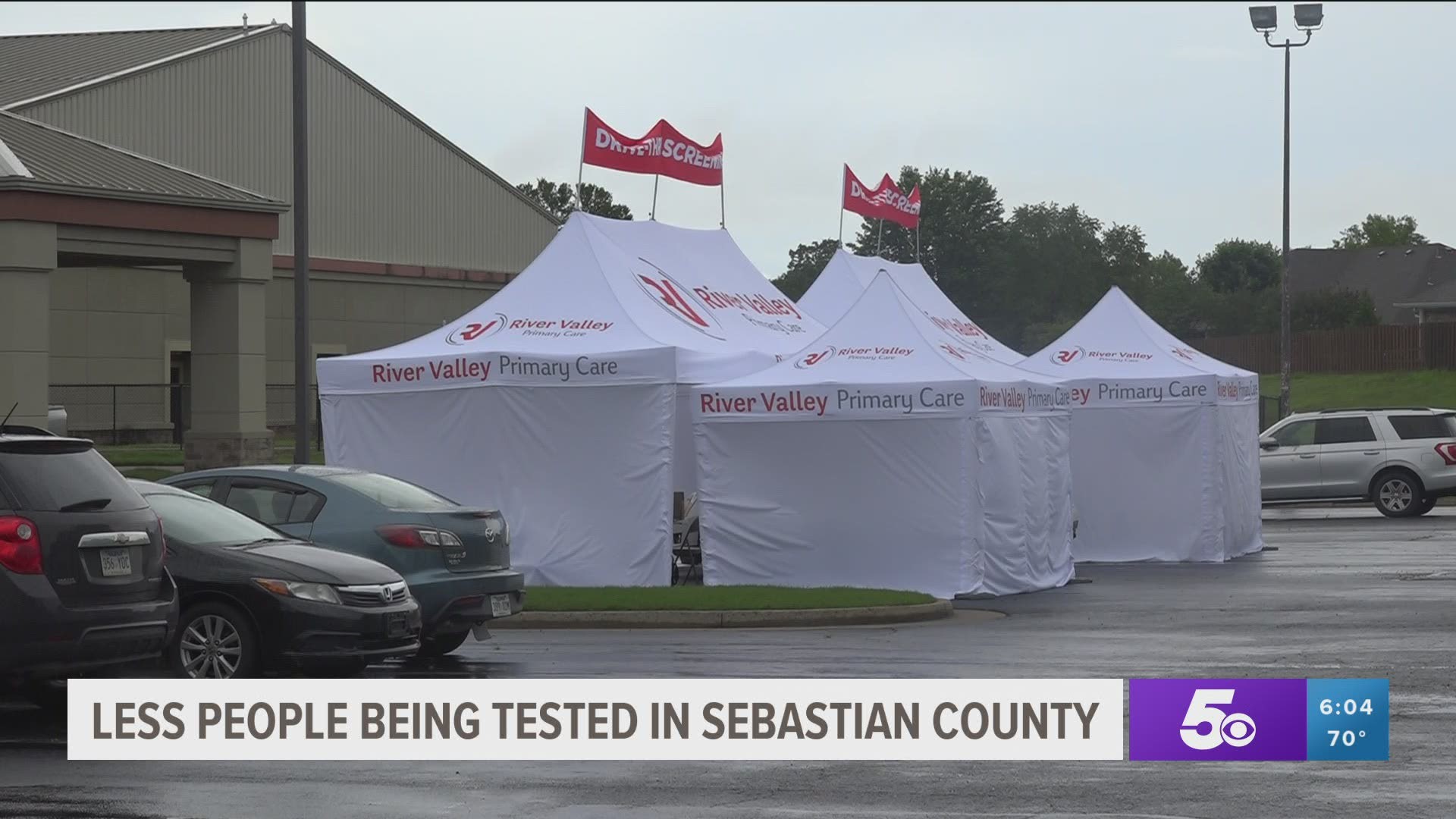 FORT SMITH, Ark. — There are still plenty of COVID-19 tests available in Sebastian County, but officials say there just aren’t many people going out to get them.

“If you desire a test go and be tested again, we have several sites across the city where you can be tested,” said Fort Smith Mayor George McGill.

Since the beginning of the pandemic, Mayor McGill says Sebastian County has had no deaths from COVID-19 and only 35 positive cases. Only six of those cases are active right now.

“At the current time we only have two people in the hospital and that’s a good indication," McGill said. "In the area, we’ve had close to 4,400 tests and when you look at those numbers, you’ll see that we have an infection rate that is very very low."

River Valley Primary Care is partnering with the city and the state to test anyone at the Community Bible Church parking lot in Fort Smith this week. They don’t require an appointment and you never have to get out of your car to get a COVID-19 test.

Assistant Executive Director Mike Blaylock says thanks to Labcorp, they have 2,500 tests they will be able to give.

“We’re testing anybody who wants to be tested whether they have symptoms or not," Blaylock said. "Some other organizations aren’t doing that’s fine because they may not have the number of tests that we do. But as part of the Governor’s initiative to get 60,000 tests done, we’ve partnered with him to do that."

The testing site will be open on again on Thursday, May 28, and Friday, May 29.