Mayors of the smaller Washington County cities are asking the governor to take a more regional approach because of the increased cases in NWA. 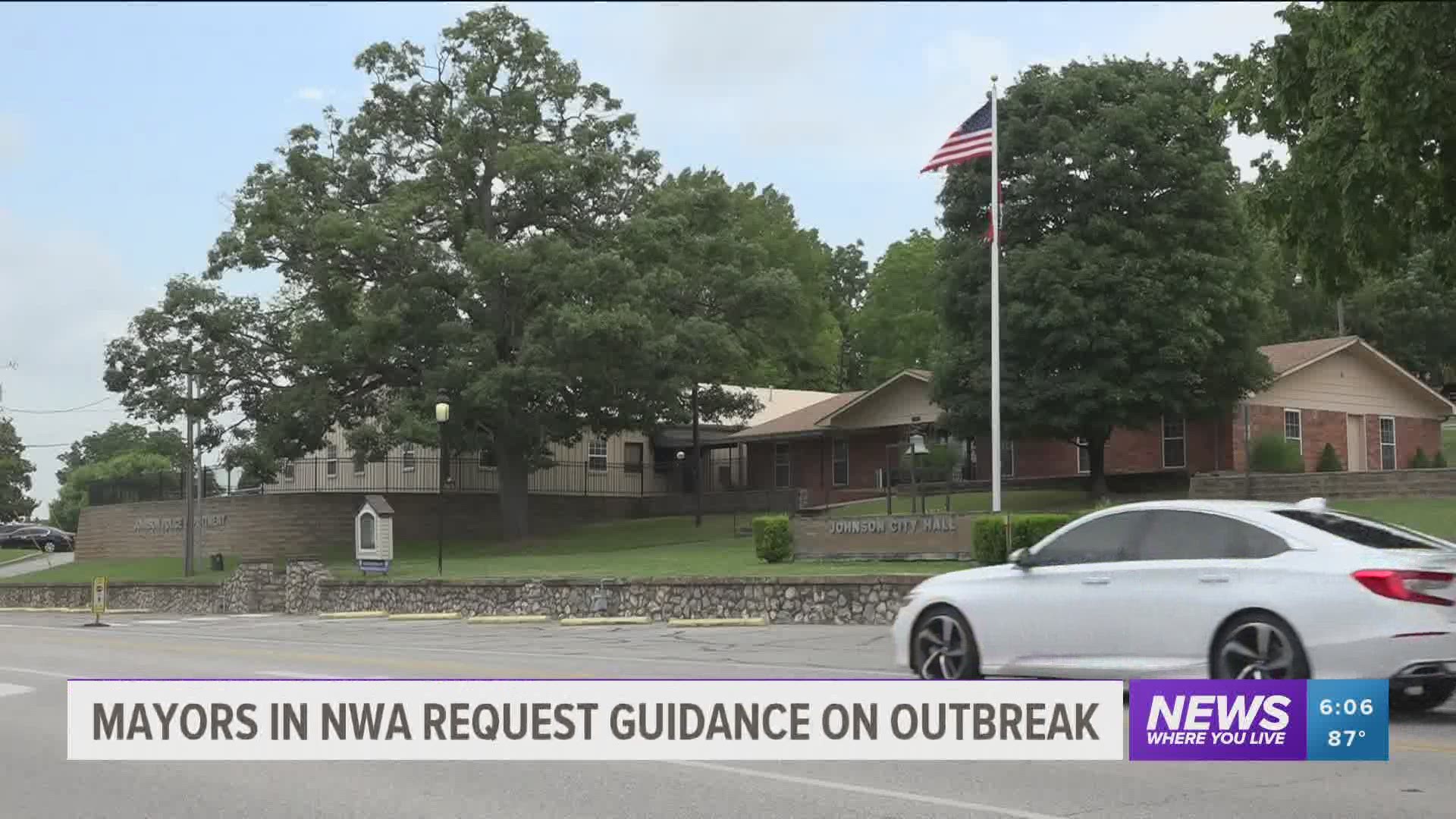 TONTITOWN, Ark. — Several mayors of small Washington County cities are asking Governor Asa Hutchinson for more guidance on how to handle the COVID-19 pandemic and the increase of cases in Northwest Arkansas.

“Obviously we are seeing a severe increase in Northwest Arkansas or a spike if you will. As far as mayors go, our hands are a little bit tied as far as what we can do and information we can hand out,” said Tontitown Mayor Paul Colvin.

Mayor Colvin says they are asking the governor to take a more regional approach to the situation instead of a blanket approach for the state because we are seeing such a severe outbreak in Northwest Arkansas.

“Specifically, for the small towns, what we’d to have information on is knowing how many cases are in our towns, to let some of our businesses know and our patrons know, this is what our outbreak looks like in our individual areas,” Mayor Colvin said.

Mayor Colvin says right now there is no way for cities to enforce people to wear face masks.

“If the governor deems it fit to do so then obviously, it’s going to have to come from his office for us to enforce it and right now all we can do is ask our patrons to wear masks when they go in our businesses,” he said.

Johnson Mayor Chris Keeney say their businesses are doing a good job of having employees wear masks and while most customers are also doing their part to protect others, there are some who still aren’t wearing masks or social distancing in public.

“It’s these small interactions that I think are the causing the biggest threat," Mayor Keeney said. "Convenient stores, grocery stores. I was at the grocery store this weekend and probably 30% to 40% of the individuals inside were not wearing masks."

The mayors say that they have heard back from the governor’s office and know that they are looking at the letter. They say they don’t know when they will hear back from him.