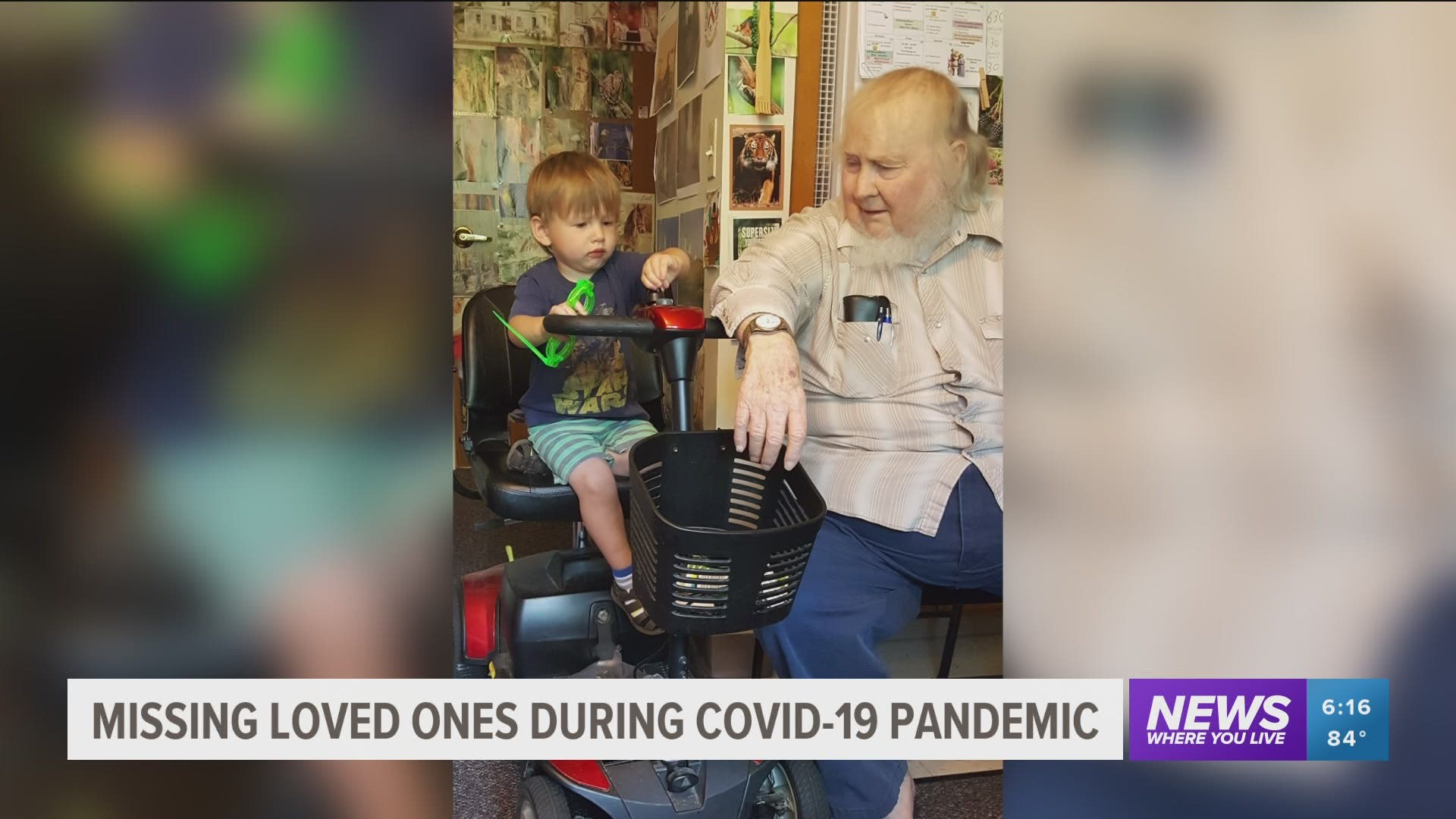 FORT SMITH, Ark. — With Arkansas taking the steps to open back up and move into Phase 2 of reopening, many who have loved ones in nursing homes are wanting to know when they can visit their friends and family.

Christian and Kim Mayberry say it's been a difficult few months. They're used to visiting their beloved dad and husband John, who is battling Alzheimer's, a few times a week at the nursing home. Since COVID-19, they say they can only seem him through a window or FaceTime, which has been hard on him.

“He said to me 'am I ever going to see you again',” Mayberry said.

The Mayberry's say that it breaks their hearts to know their loved one is hurting and can't have the physical support of his family. Nursing home workers told the family they could possibly visit towards the end of Phase 3, but there's no guarantee on when that will be.

“Sometimes you feel like he would get it and he will be like 'yeah that virus' but then ya know like yesterday he said 'I’m just gonna get on a plane and tell all the planes and all the cars get out of my way because it’s time to see my wife and son',” Mayberry said.

Along with the Mayberry's, many others are struggling with having their loved ones isolated.

Katherine Johnson says she hasn't been allowed to see her dad, who has Alzheimer'sand dementia, even through the window. She says he doesn't have a smartphone to FaceTime, so they're restricted to just a phone call.

“I can hear in his voice how sad he is and I call to him several times a day just to try and keep that socialization up but he’d always forget why this was happening,” Johnson said.

Johnson says her dad is always the life of the party and a joyful man, but he’s having a hard time missing out on life outside of the nursing home.

“He misses all of this. He’s missing the grandchildren and more grandchildren are about to be born and I just feel so bad for him, and I know there’s so many others in this situation,” Johnson said.