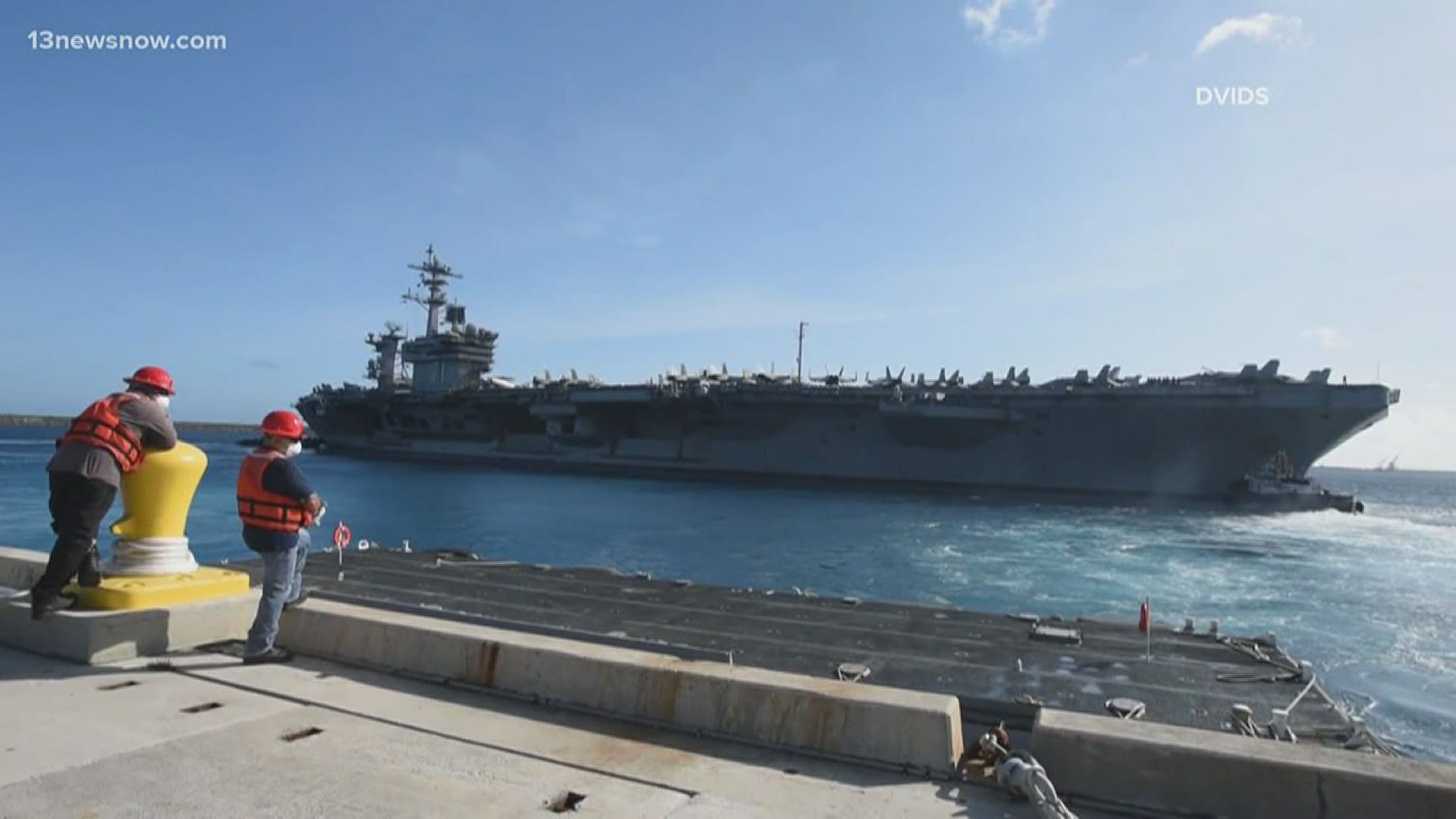 WASHINGTON — Editor's note: The video above was published last month.

In a stunning reversal, the Navy has upheld the firing of the aircraft carrier captain who urged faster action to protect his crew from a coronavirus outbreak, according to a U.S. official familiar with the report.

The official said the Navy also extended the blame for the ship's pandemic crisis, delaying the promotion of the one-star admiral who was also onboard the USS Theodore Roosevelt — concluding that both men made serious errors in judgment.

The spread of the coronavirus aboard the carrier while on deployment in the Pacific in March exploded into one of the biggest military leadership crises of recent years. More than 1,000 members of the crew eventually became infected, and one sailor died. The ship was sidelined for weeks at Guam but recently returned to duty.

The decision by Adm. Mike Gilday, the chief of naval operations, to hold both Capt. Brett Crozier and his boss, Rear Adm. Stuart Baker, accountable is a confirmation of concerns expressed by top Pentagon officials who demanded a deeper investigation last month when the initial probe recommended Crozier's reinstatement as the ship's captain. The official described the findings on condition of anonymity to discuss a report not yet made public.

The investigation, done by Adm. Robert Burke and endorsed Friday by Gilday, defends the abrupt turnaround on Crozier saying that the more detailed probe uncovered poor decisions he made that failed to stem the outbreak or properly communicate the escalating crisis to senior commanders. It also concludes that the ship’s slow response to the virus was not just his fault, and that Baker also failed to take decisive actions to address the problem.

Gilday’s recommendations cap a drama that has engulfed the Navy for nearly three months, sidelining the carrier for 10 weeks in Guam, and setting off a dramatic series of events that led to Crozier’s dismissal, the abrupt resignation of the acting Navy secretary who fired him, and the push for a broader review of the Pacific fleet’s top commanders and how they handled the virus outbreak.

Based on the findings, Crozier and Baker would be able to remain in the Navy and move on to other jobs at their current rank, but the admonishments are likely career-enders for both men. Crozier's firing upset the carrier's crew, and he received an ovation as he walked off the ship.

The recommendations reflect concerns expressed by Navy Secretary Kenneth Braithwaite who told a Senate committee in early May that the service was in “rough waters” and suffering from leadership failures. Braithwaite, who the official said endorsed Gilday’s report, pledged to the Senate Armed Services Committee during his confirmation hearing that he would restore a culture of good order and discipline to the service.

In late April, after a preliminary review, Gilday recommended that Crozier be returned to command the Roosevelt. But Defense Secretary Mark Esper and Gen. Mark Milley, chairman of the Joint Chiefs of Staff, pressed for a delay and a wider investigation of the coronavirus crisis on the ship, suggesting the need for deeper scrutiny of actions and decisions by senior admirals in the Pacific, a region critical to America’s national security interests.

The COVID-19 outbreak on the Roosevelt was the most extensive and concentrated spread of the virus across the U.S. military. It eventually sent all of the 4,800 crew members ashore for weeks of quarantine, in a systematic progression that kept enough sailors on the ship to keep it secure and running.

More broadly, it put out of commission a massive warship vital to the Navy’s mission of countering China’s power in the Asia-Pacific region.

When the coronavirus outbreak was discovered on the Roosevelt, Crozier sent an email to several commanders pleading for more urgent Navy action, including the removal of nearly all sailors from the ship to protect their health. That email was leaked to media, and the acting Navy secretary at the time, Thomas Modly, accused Crozier of bad judgment and directed that he be relieved of command April 2.

Days later, amid an uproar of his handling of the matter, Modly resigned and was replaced by James McPherson. Braithwaite’s nomination to be secretary was still pending at the time. He took over earlier this month after he was confirmed by the Senate. In the report Friday, Gilday concluded that Crozier did not intentionally leak the email.

The Roosevelt, meanwhile, spent weeks in port in Guam, as crew members rotated ashore for quarantine and isolation at the military base and in hotels around the island. After about two weeks of training at sea, the carrier returned to operations at sea with a reduced crew on June 4. Sailors have continued to fly back to the ship from Guam after they have recovered from the virus or completed two-weeks of quarantine. 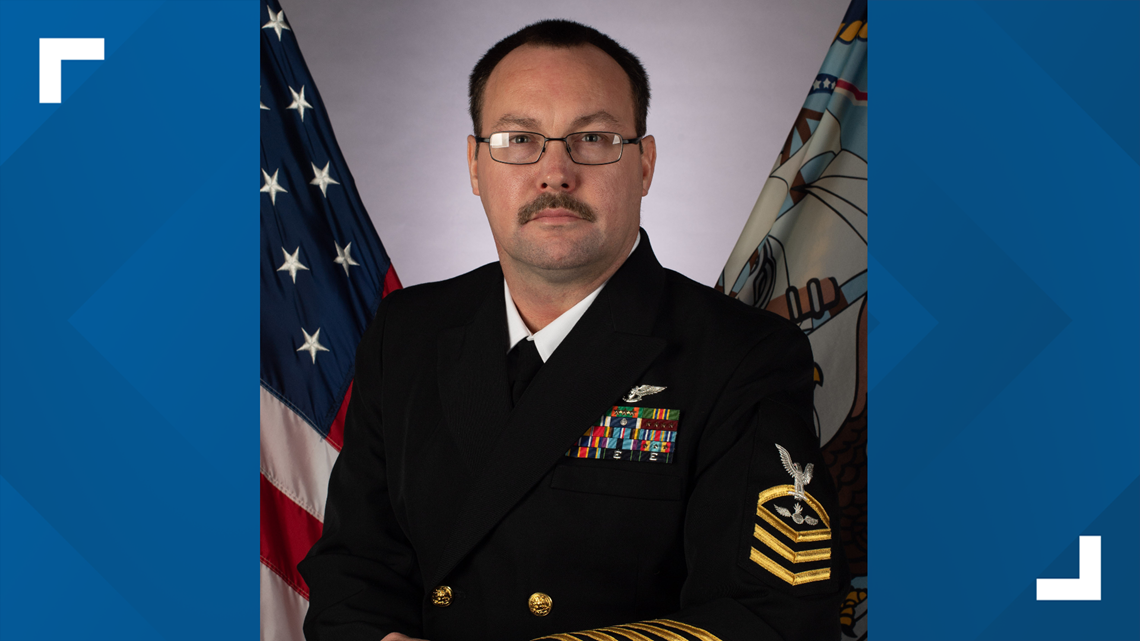 On Thursday, two of the ship’s aviators ejected from their F/A-18 fighter jet while conducting a training flight and were rescued in the Philippine Sea and found to be in good condition. The incident is under investigation and it's not clear whether the crew’s long layoff in Guam or rapid return to sea played any role in the crash.

The Roosevelt’s experience with the virus, however, spurred the development of widespread cleaning and health precautions across the military. And it also gave federal health authorities a population of sailors to test, providing greater insight into the science and the spread of the virus.

RELATED: USS Theodore Roosevelt sidelined by coronavirus is back operating in Pacific