Mu variant: What to know about the new COVID-19 strain found in every state

The mu COVID strain was recently added to WHO's list of "variants of interest." It's been confirmed in dozens of countries and all 50 U.S. states. 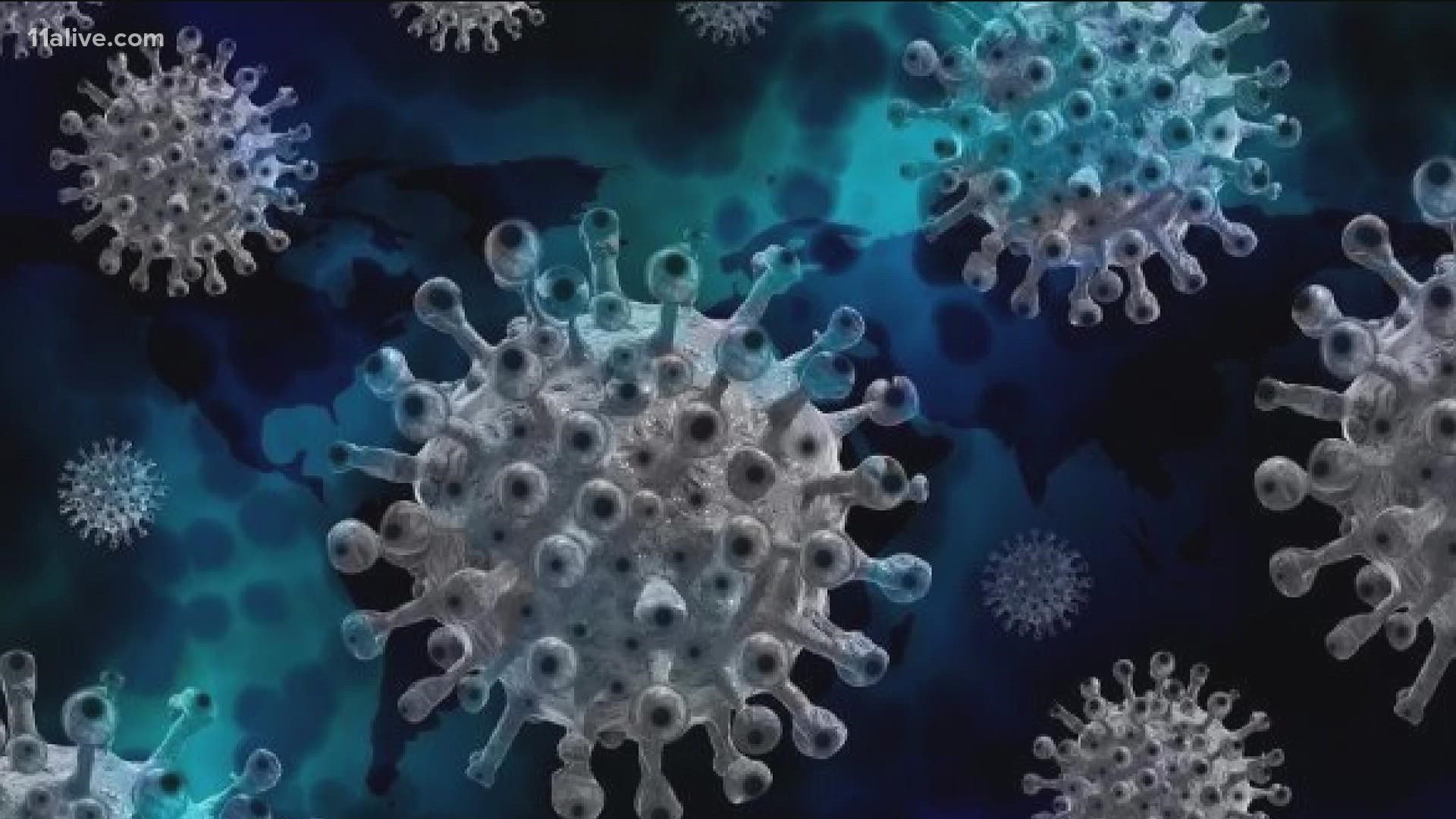 ATLANTA — While the delta variant remains the most dominant and concerning coronavirus strain, the World Health Organization (WHO) has recently added the new “mu” variant, also known as B.1.621, to a list of “variants of interest.” These are variants that have limited spread but are contributing to "an increased proportion of cases" or "outbreak clusters," according to the Centers for Disease Control (CDC).

The CDC said mu isn’t an immediate threat in the U.S. as it only accounts for less than 0.1 percent of all COVID cases in the country, but the agency is monitoring closely as cases continue to emerge.

Here’s what we know about the mu variant.

How widespread is the mu variant?

The mu variant was first documented in Colombia in January 2021. It has since been confirmed in dozens of countries.

In the U.S., the variant has been found in all 50 U.S. states, with a total of more than 2,400 cases. However, those mu cases only account for 0.02 percent of all COVID-19 infections in the country as of Sept. 8, according to GISAID which tracks variants globally.

“So far it doesn’t seem to be overtaking the delta variant, the delta variant is still the most prevalent variant here in the United States even though mu has been detected in almost every state,” said Dr. Jayne Morgan, clinical director of COVID task force at Piedmont Healthcare.

Globally, the prevalence of mu among COVID-19 cases is below 0.1 percent, but the variant has impacted some countries more than others. In Colombia, mu is currently responsible for nearly 40 percent of COVID infections, and in Ecuador, 13 percent, according to WHO data.

RELATED: COVID, delta variant questions answered | Why vaccinated people can still get sick, how to maximize protection, when to mask

Mu vs. other COVID strains: How contagious is it?

Few studies have been conducted on the mu variant, and WHO has called for more scientific research that will be crucial to understanding mu's transmissibility and impact.

Based on available data, health officials and epidemiologists said the variant appears to be the most transmissible among the known COVID-19 strains.

Records from Public Health England suggest that mu shares similar mutations with other variants such as beta, first identified in South Africa, and delta, which originated in India. The mutations allow for "immune escape" capabilities, which is the main reason scientists say why some variants are more transmissible and resistant to vaccines than the original COVID-19 strain.

“When we talk about immune escape, what we basically mean is a variant can develop and evade our vaccines,” said Dr. Morgan.

RELATED: LIST: The latest COVID case, death, and hospitalization data for Georgia as of September 8

Recent CDC research shows that vaccinated people can become infected and spread the coronavirus to others if exposed to the virus. However, it's important to note that these "breakthrough" cases remain rare.

In Georgia, less than 1 percent of all COVID cases are breakthrough infections as of Sept. 7, according to the state's health department. And the percentages are even lower when we look at hospitalizations (0.03 percent) and deaths (0.006 percent) among those who had been fully vaccinated. Data has shown that vaccines continue to offer protection against the virus.

However, vaccines are never meant to be foolproof. No vaccine is 100 percent effective at preventing one from contracting a virus -- the same is true when it comes to COVID vaccines.

Health experts say there will be more breakthrough cases as variants emerge, but vaccines remain highly effective at significantly reducing the danger of one being hospitalized or dying from the coronavirus.