More Americans are staying home for the holidays amid COVID-19 restrictions and want a new — or renewed — tradition to end a dreary year on a happier note. 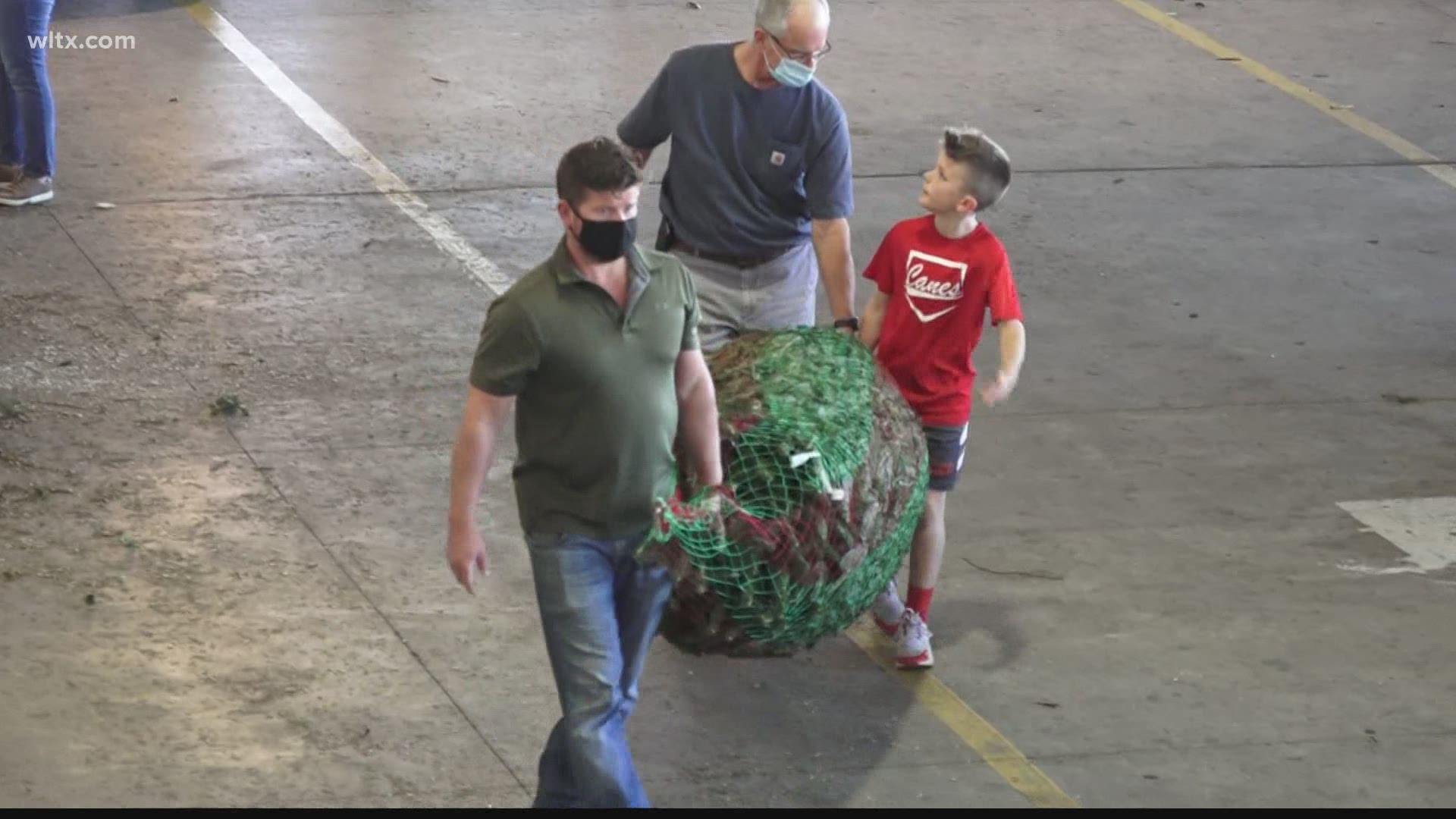 PORTLAND, Ore. — Ani Sirois, a respiratory nurse, has spent months caring for coronavirus patients at a Portland, Oregon, hospital, and she's only getting busier as infections — and hospitalizations — surge before the holidays.

But on a recent sunny day, COVID-19 seemed far away as she, her husband and their 2-year-old daughter roamed a Christmas tree farm in search of the perfect evergreen for a holiday season unlike any other. The family was tree-shopping nearly a week before Thanksgiving and, for the first time, they were picking their own tree instead of buying a pre-cut one.

“It’s nice to have home be a separate safe space away from the hospital, and whether we can have a gathering with family or not, I know we’ll have our own little tree with the purple lights, and that’ll be something small to look forward to,” she said.

The real Christmas tree industry, which has been battling increased interest in artificial trees, is glad to see that more Americans appear to be flocking to fresh-cut evergreens this season, seeking a bright spot amid the virus's worsening toll.

It's early in the season, but both wholesale tree farmers and small cut-your-own lots are reporting strong demand, with many opening well before Thanksgiving. Businesses say they are seeing more people and earlier than ever.

At some pick-your-own-tree farms, for example, customers sneaked in well before Thanksgiving to tag the perfect tree to cut down once the business opened. As demand surges, big box stores are seeking fresh trees up to a week earlier than last year, and Walmart is offering free home delivery for the first time.

“The season is running approximately six to seven days ahead of what we've seen in the past. We’ve never seen the demand like we’ve had this year,” said McKenzie Cook, who ships between 1.8 million and 2 million trees a year combined from McKenzie Farms in Oregon and Happy Holiday Christmas Trees in North Carolina.

Many turn to real Christmas trees as bright spot amid pandemic

1 / 12
AP
A helicopter harvests Christmas trees at McKenzie Farms on Saturday, Nov. 20, 2020 in Oregon City, Ore. Wholesale growers and small farms alike say customers are showing up earlier than normal and there are more of them. More Americans are staying home for the holidays amid coronavirus restrictions and want a new — or renewed — tradition to end a dreary year on a happier note. (AP Photo/Paula Bronstein)

A number of reasons are driving the uptick in interest. More Americans are staying home for the holidays amid pandemic restrictions and are realizing that for the first time in years — or maybe ever — they will be home to water a fresh-cut tree. With holiday parades and festivals canceled, stir-crazy families also are looking for a safe way to create special memories.

Plus, fresh-cut Christmas trees are largely displayed outside, where there's a lower risk of viral spread, said Marsha Gray, executive director of the Christmas Tree Promotion Board.

The national organization says industry research tells them many people who put up an artificial tree last year plan to buy a real tree this year, and most are citing the pandemic as the reason.

“Yes, it’s a product, it’s a decoration that you put in your home, but getting a real tree involves the choosing, the hunting for it, the family outing. It really is a memory maker, it’s a day you spend together, and it really becomes much bigger than the tree itself,” Gray said. “It’s really making family memories and people really seem to gravitate to that right now.”

The growing interest in real trees comes after the industry has struggled to attract new, younger customers in recent years as more Americans buy artificial trees.

Between 75% and 80% of Americans who have a Christmas tree now have an artificial one, and the $1 billion market for fake trees has been growing by about 4% a year — despite them being reusable.

No one tracks annual sales of real trees because independent tree lots are so scattered, but those in the business estimate about 20 million trees or more are sold each year, most of them at big box stores such as Costco and Home Depot.

RELATED: White House to hold holiday parties despite warnings to Americans to avoid them

Oregon, the nation’s No. 1 supplier of fresh-cut trees, expects to ship nearly 6 million evergreens this season to places as far away as Japan and China. Other top tree exporters are Washington state, North Carolina and Pennsylvania.

The fresh-cut tree industry in 2018 launched a social media campaign called “It's Christmas. Keep It Real!” to attract young families and media-savvy millennials.

This year, the Christmas Tree Promotion Board also asked Rob Kenney, creator of the “Dad, How Do I?” YouTube channel, to make an instructional video for newbies on how to shop for and put up a real tree, then keep it alive. It's gotten tens of thousands of views.

“We want to introduce real Christmas trees to young families and new buyers and create greater demand among those people who say, ‘I’m a little nervous about just taking a tree and dragging it into my house,'" Gray said.

It appears that message is breaking through as Americans seek a happier way to close out a difficult year.

Lee Farms, a sixth-generation family farm in Tualatin, Oregon, opened for the season a week earlier than last year. It sold more than 100 trees in the first four hours and was seeing new faces at a business that normally welcomes the same customers each year.

“It's almost a new — or a renewed — experience for a lot of families this year,” said Teagan Milera, co-owner of Lee Farms. “Having that real tree smells so good in your house, something to take care of and decorate together, that nothing beats that for the holiday season.”