Health officials believe there is an even greater danger looming as the state faces a shortage of life-saving equipment. 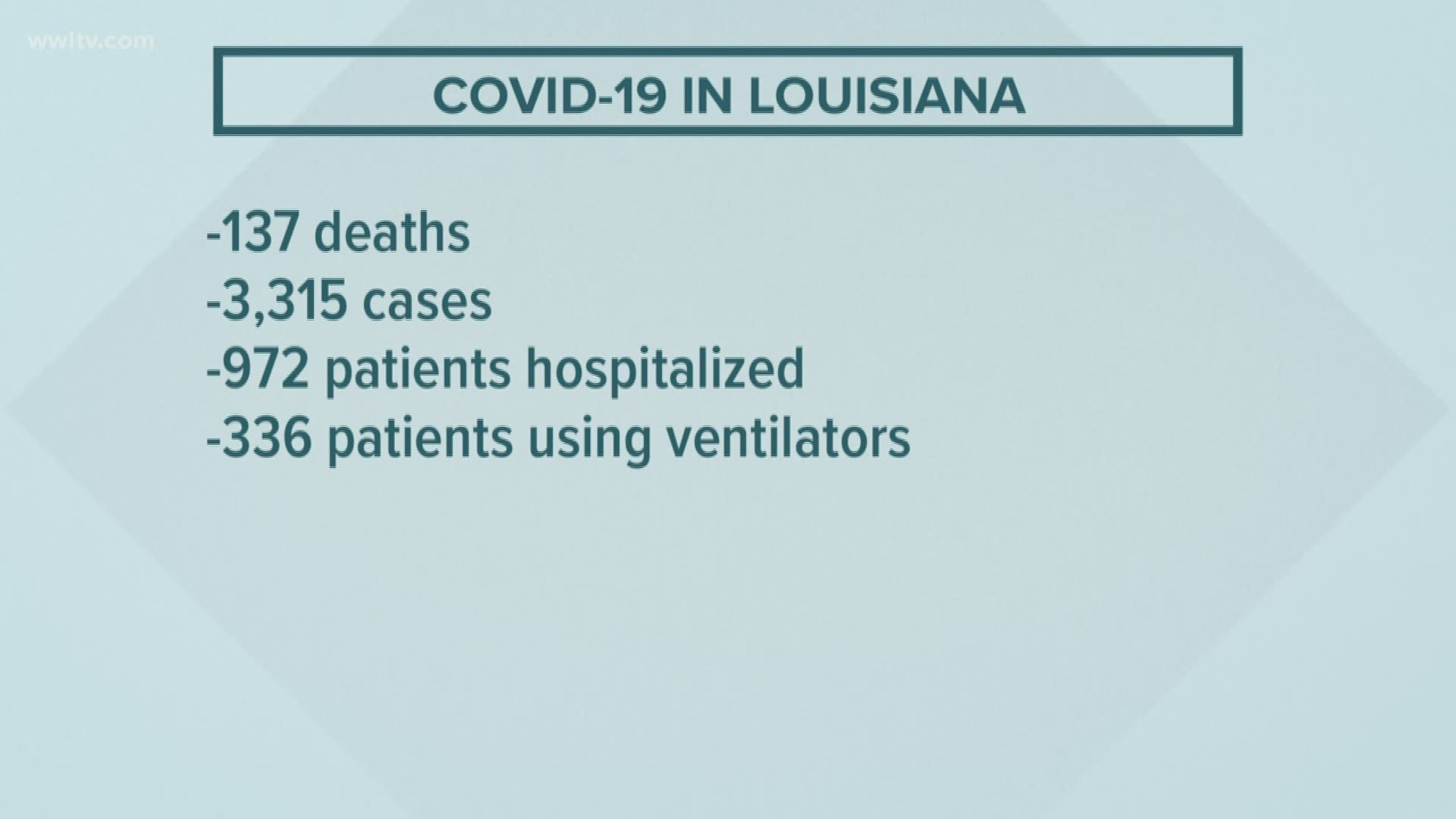 NEW ORLEANS — New numbers from the Louisiana Department of Health Saturday show the state's highest single-day increase in the number of confirmed coronavirus cases, as officials continue warning about the looming danger of overwhelming the healthcare system.

Across the state, 569 new cases of coronavirus were confirmed, bringing Louisiana to 3,315. The majority of those cases are from Orleans Parish, where the outbreak was first reported and has been the most deadly.

But for the first time since coronavirus was discovered in Louisiana, Orleans Parish's number of positive cases (1,298)  was below 40% of the state total Saturday. Health officials in 56 of Louisiana's 64 parishes have confirmed the virus has been found there, but Gov. John Bel Edward warned Friday in a press conference that coronavirus was present – even if undetected – in every part of the state.

State officials also confirmed that 18 more people died of COVID-19, the respiratory illness caused by the coronavirus, bringing the state's total to 137.

Almost 100 of those deaths come from the metro New Orleans area, with Orleans and Jefferson parishes confirming 70 and 26 deaths respectively.

At least 154 additional Louisiana residents have required hospitalization because of COVID-19 symptoms, according to Saturday's numbers.

State health experts say 927 people were reported as hospitalized Saturday, up more than 150 from Friday's 773.

But far more worrying is the number of people who need ventilators to survive.

About 36% of hospitalized patients are on ventilators as of Saturday. But Edwards and other elected officials and state health experts believe Louisiana's hospitals will run out of the life-saving devices by early April, sometimes putting the deadline around April 2.

Friday, Edwards said they had received 100 new ventilators from the federal government, with another shipment of 100 on the way next week. But the state is short by about 5,000, according to the governor.