The BOK Center can hold around 19,000 people and is prepared to be filled at full capacity for the rally. 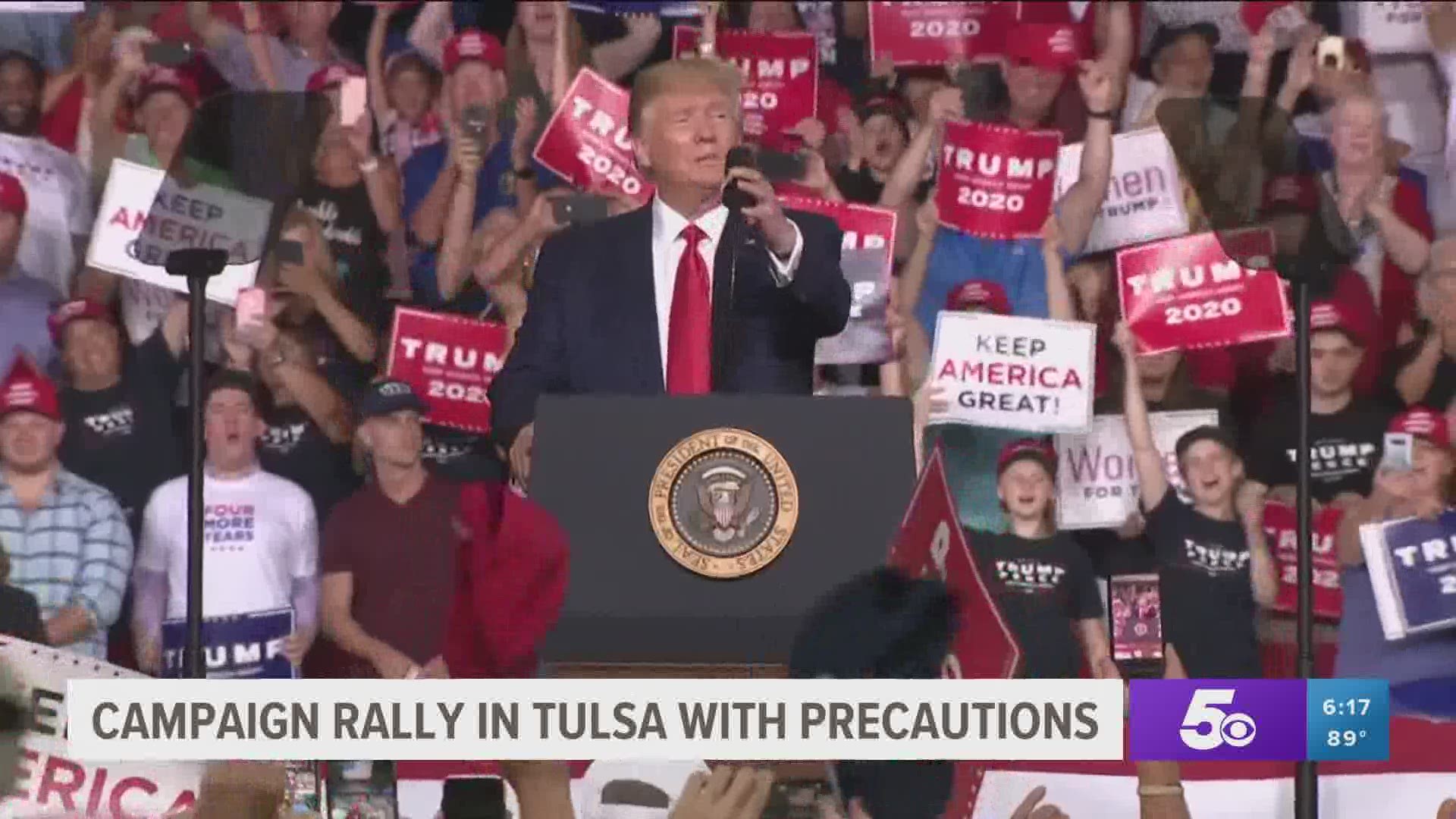 FAYETTEVILLE, Ark — President Trump is planning to have his first political rally this upcoming Saturday (June 20) at the BOK Center in Tulsa, even though state health officials are warning against it due to the COVID-19 pandemic.

The BOK Center can hold around 19,000 people and is prepared to be filled at full capacity for the rally.

Director of the Tulsa Health Department, Dr. Bruce Dart says he’s excited for the city to be considered as a stop on the campaign trail but he wishes the president would wait a little longer considering the city has seen a recent spike in COVID-19 cases.

The Trump campaign has expressed there could be some risk when attending the rally and is asking those attending to sign a form acknowledging the possible exposure to COVID-19 before walking in.

Along with forms, rally-goers will have to take a few extra steps before going walking into the BOK Center.

David Akins has been to two political rallies in Oklahoma before COVID-19 and says even in the midst of the pandemic, he would excitedly go to his third.

Akins says he's not that worried about attending a rally in the middle of a pandemic and encourages others who aren't scared to go to the rally as well because it's an experience he will never forget.