New York has been one of the hardest hit and when cases began to spike, local nurse Erin Courtway and bus driver Gregg Obryan headed there to help. 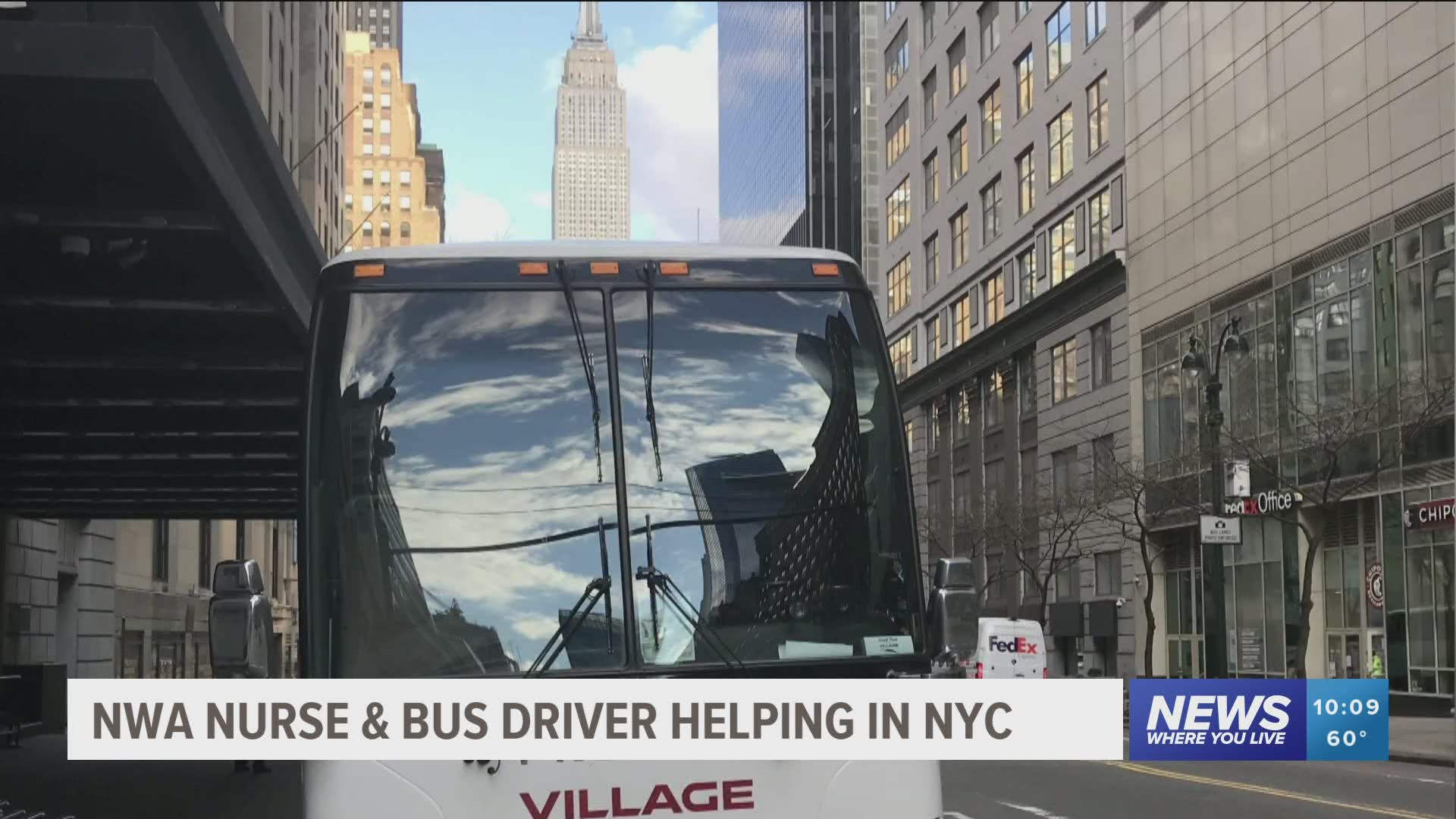 FAYETTEVILLE, Ark — A Northwest Arkansas nurse and bus driver are now in New York answering the call for help during the COVID-19 pandemic.

Arkansas has been less affected by the pandemic than many other states in this country. New York has been one of the hardest hit and when cases began to spike, local nurse Erin Courtway and bus driver Gregg Obryan headed there to help.

“It’s our way of giving back to the country that’s been so good to us,” Obryan said.

Fayetteville native Courtway was finishing up her nurse practitioner program when the outbreak began. She was furloughed because her clinic was deemed nonessential.

“Whenever I started seeing the big need for nurses on the news and just healthcare providers to step forward I really felt the calling,” Courtway said.

She says she's been in the city for over a week now and will be there for another eight weeks. Her assignment is in the emergency department and she works 12 hours shifts four nights a week.

“I’ve never dealt with any kind of disease or virus or anything in my seven-year of my nursing career that can compare to this virus,” Courtway said.

She says her hospital has enough PPE, but the ICU is holding way over its capacity of patients.

Obryan works for Village Travel in Springdale and says a fleet of bus drivers is in New York helping transport nurses and medical workers.

Obryan says he has responded to many emergency situations in the past with Village Travel.

“We have worked disaster relief all over the country for him, we were down in Hurricane Katrina,” he said.

Obryan says it's tough to be away from his family and Courtway agrees.

She says her kids are still young, but thankfully they understand the work she is doing.

“I just got off a FaceTime call with my youngest kid and said he missed me but he knew mommy was taking care of people and getting them better,” Courtway said.

Obryan says he's been in New York since the outbreak began. He says that his daughter is having her wedding next month and if it is still permitted, there's no way he's missing it.