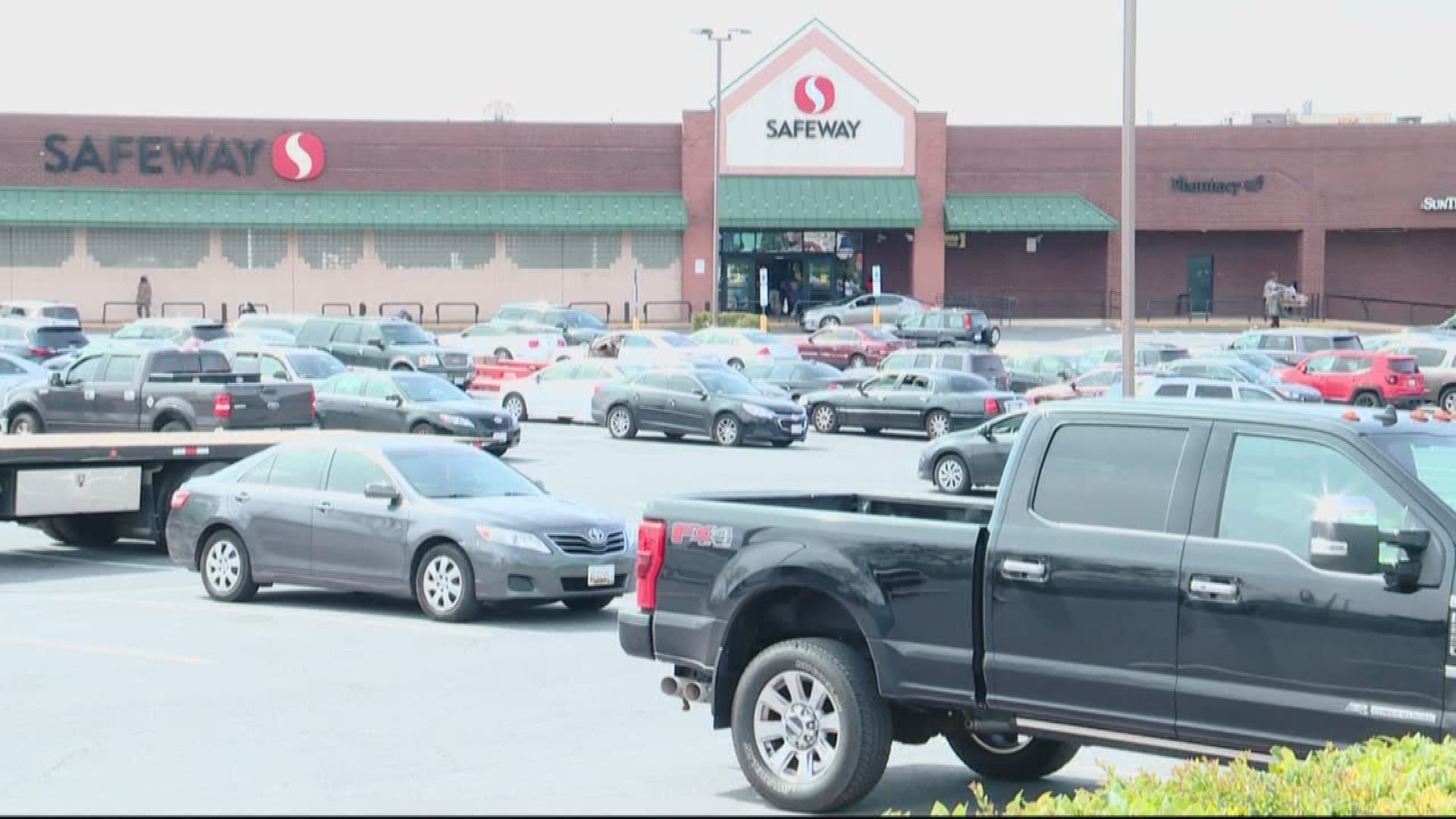 Williams said the classification would give employees better access to free childcare and safety supplies like masks, as they run short.

“So that they are first in line to get this equipment while they are continuing to serve our communities," he said.

It’s a designation state officials in Vermont and Minnesota have already made.

“It’s always a lot more intense right now than it normally is," he said. "Instead of buying a couple of snacks, [customers are] buying a couple hundred dollars worth of groceries at a time – and every customer is doing that."

UFCW Local 400 has more than 20,000 members in the DMV, and represents employees who work for some of the largest chains in the region including Giant Food, Shoppers, Safeway and Kroger. Williams said as far as safety protections and ‘hazard pay,’ it’s a patchwork across the region and depends on the store. Williams said that could means some low-wage workers may feel forced to choose between paying the bills and public safety.

Daniel Wolk, communications and community manager with Giant Food, which operates 163 grocery stores in the DMV, confirmed its stores will have plexiglass dividers installed at checkout counters by the end of this week. Wolk said employees are being paid an extra 10% at this time, and they are eligible for paid sick leave if they test positive for COVID-19.

Employees at Shoppers and Safeway are also getting paid an additional $2 an hour.

Beth Goldberg, manager of community and public affairs for Safeway, said in a written statement: “Employees will receive two weeks of paid sick leave if they test positive for COVID- 19, and they will also pay any associate who is asked to self-quarantine by their health care provider or by our company, based on current CDC risk assessment guidelines, and up to two weeks of replacement pay while they are unable to work.”

UFCW Local 400 is calling on all grocery stores to implement a list of safety precautions, in order to protect both employees and customers:

As for customers – people are asked to limit their visits, order online and respect 6 ft. distancing guidelines as much as possible.

RELATED: DC-area grocery stores are protecting you from the coronavirus, including a change in hours. Here's how

RELATED: Sick of shortages and empty grocery shelves? There's an app for that