Officials say COVID-19 pandemic in Arkansas will continue into winter

During the weekly update, the state epidemiologist warned that COVID-19 and flu will be with us for a while. 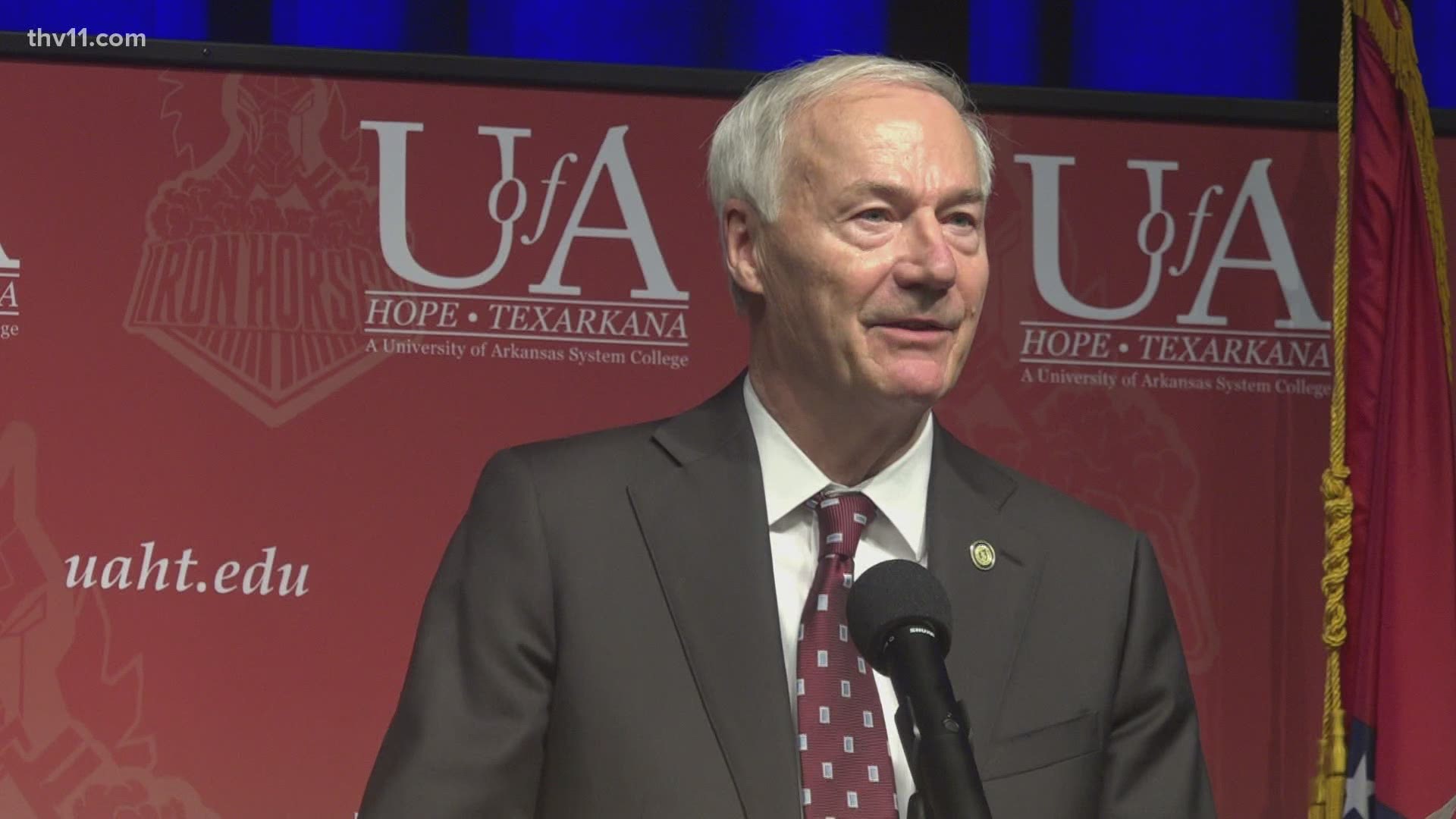 "It seems to me to be symbolic that we're remembering this anniversary in Hope, Arkansas. A place called Hope," the Republican governor said referring to the line delivered by President Bill Clinton when referring to his birthplace.

The weekly address took place in a mostly empty Hempstead Hall on the campus of Univ. of Arkansas at Hope - Texarkana amid ongoing concern about rising numbers of patients hospitalized with COVID-19.

That factored into the governor's extension of the emergency order.

"With the number of cases, with the deaths and hospitalization we have, I think every health care worker particularly would understand the necessity of this emergency," he said.

A slight decline on Monday allowed health officials to say things are still under control, but there are strains on staffing in parts of the state and a recurring problem for smaller hospitals.

"There have been a couple of times where bed availability has been very challenging, especially the intensive care unit beds," said Peggy Abbot, the CEO of Ouachita Medical Center, a hospital in Camden.

The governor invited Abbot to champion the facility's testing success at Tuesday's briefing.

She said cases of limited availability were rare but sometimes led to delays in finding ICU beds at larger hospitals closer than Little Rock.

Dr. Jennifer Dillaha represented the Dept. of Health for the trip and expressed worry about hospital trends with flu season bearing down.

With that setting the tone, the governor said he and his "public health team" would pull some levers including renewed public messaging and a call for Arkansas consumers to exert some pressure.

"I want to encourage the public to shop and spend money with businesses that are safe," he said after noting inspectors found 96 percent of businesses complying with guidelines, but that the state couldn't do it all.

And while he looks for buy-in, he set clear limits of how far he will go.

"There's not really an option to go back on our opening of businesses," he said. "The ultimate solution is to follow those guidelines to make sure that we're doing what we can through individual responsibility."