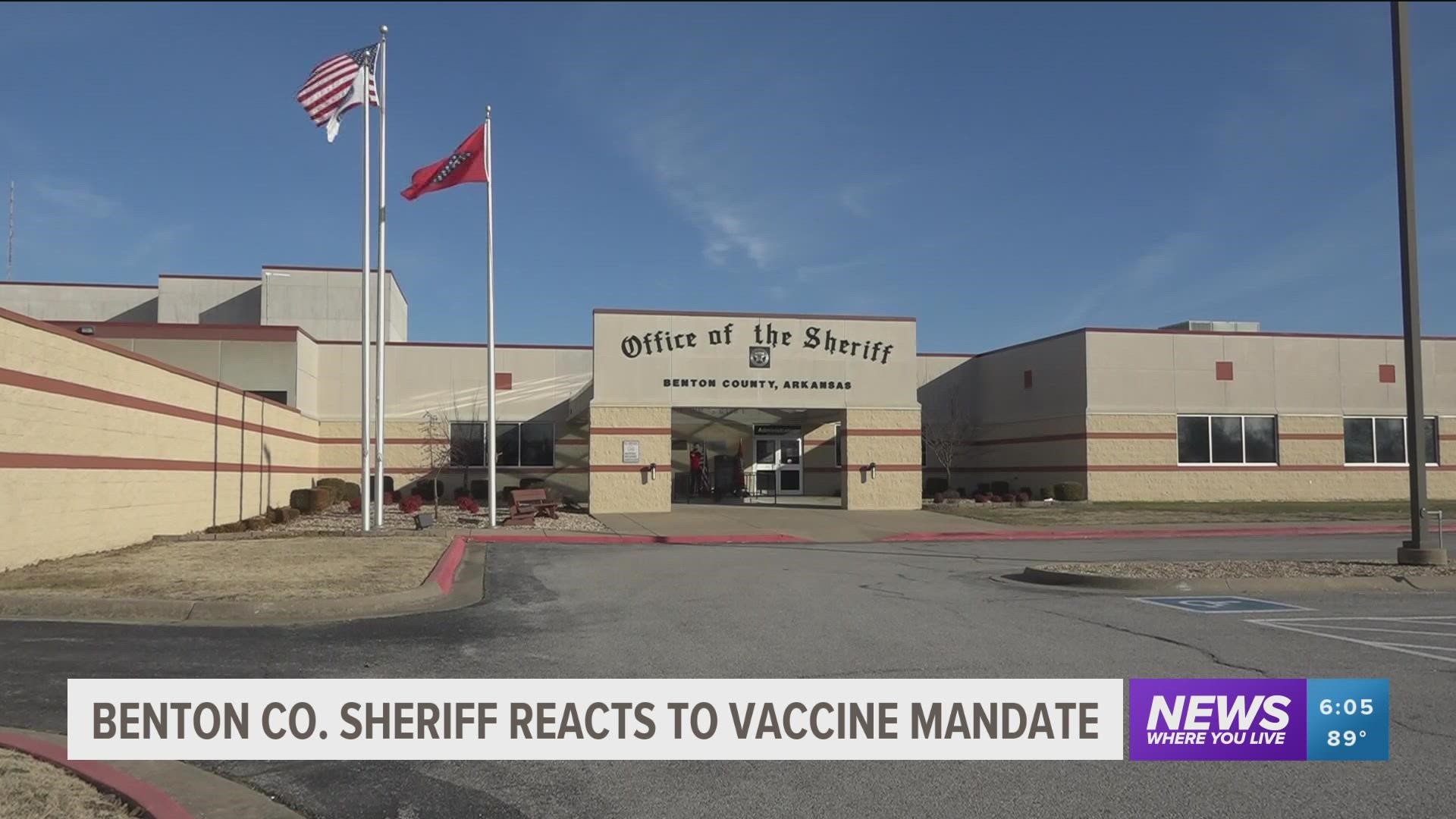 BENTON COUNTY, ARKANSAS, Ark. — Governor Asa Hutchinson is speaking out about vaccine mandates. Tuesday (September 14) during a press conference Governor Hutchinson made clear his stance on the mandates.

Governor Asa Hutchinson said this in response to President Joe Biden’s announcement requiring all businesses with more than 100 employees to require them to get vaccinated or show proof of a weekly, negative COVID test.

Hutchinson says, “This is not consistent with the historical use of federal authority in public health matters." Speaking about the federal mandate.

“This is not something that should be utilized now,” said Governor Hutchinson. The governor is instead of saying that the best strategy for boost vaccination rates in Arkansas right now is by educating people on the vaccine.

Saying that mandates might be counterproductive and create vaccine hesitancy.

However, when it comes to mandating the vaccine in schools. Governor Hutchinson says that he supports the authority for schools to do so.

Governor Hutchinson said that enforcing the mandate in schools could e a possibility but says now is not the time.

“We’ve obviously done that with many other types of communal diseases in the schools that we require the vaccinations,” said Governor Hutchinson. "So, it would not make sense to say we should never do this. Obviously, that’s an important responsibility the state has. If the circumstances require it.”

Arkansas county officials are also reacting to president Biden's vaccine mandate for businesses and some are saying they won't follow it. The latest is the Benton County Sheriff, who says he won't enforce it.

"The issue with these forced mandates, they are clear violations of our constitutional rights," said Sheriff Shawn Holloway in the release. "I opposed the mask mandates and stated we would not enforce them at the time."

The Benton County Sheriff’s Office is not requiring covid-19 vaccines for their employees. The department also says they will not be enforcing a mandate on Benton County citizens.

"I will not be forcing any employees of the Benton County Sherriff's Office to be vaccinated," said Sheriff Holloway. "I also will not be enforcing these unconstitutional vaccine mandates on our citizens of Benton County to steal their freedom of choice."

The City of Fayetteville passed its own vaccine mandate that requires city employees to get the vaccine.