The move comes after a phone call with Vice President Mike Pence about efforts to take proactive measures to mitigate COVID-19's impacts. 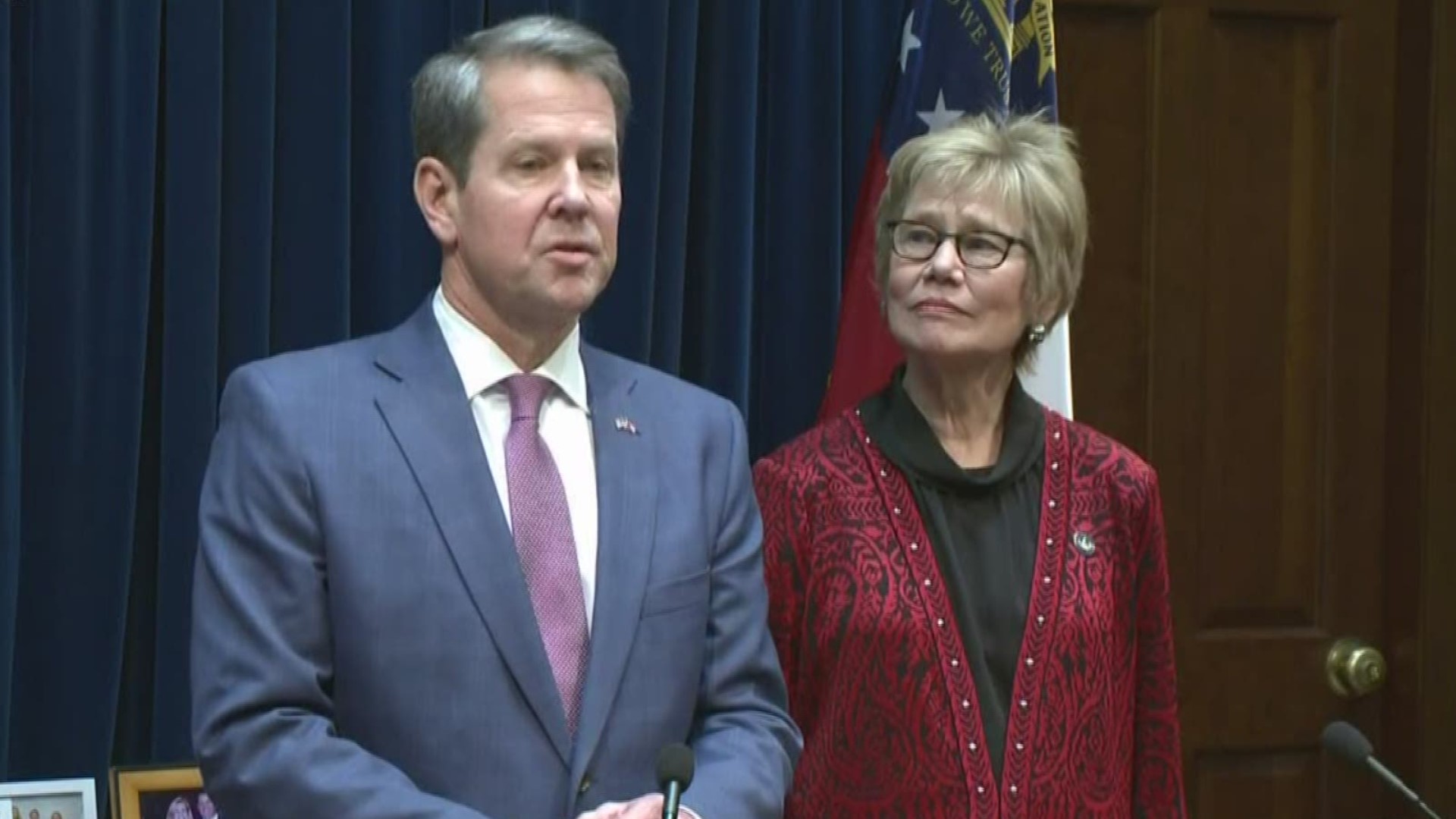 ATLANTA — Gov. Brian Kemp is taking action to make sure Georgia is prepared for coronavirus as concerns continue to increase in the state. One of the steps includes starting a coronavirus task force.

“The Trump administration has been working seamlessly with states across our country, including Georgia to keep American’s safe," Kemp said at a news conference Friday afternoon.

“Earlier today I announced the state’s coronavirus task force with public and private sector leaders as well as key stakeholders," he added.

The task force consists of 18 people, including Dr. Kathleen Toomey, commissioner of the Georgia Department of Public Health, the chair of the task force.

"Her team has been working around the clock for weeks now," he said. "They are experienced and they have a detailed plan to ensure that our state is ready.”

RELATED: What are the worst disease outbreaks in history?

While there are no confirmed cases of this strain of coronavirus in Georgia, the state wants to remain vigilant. The task force would address, if needed, any cases of the coronavirus in the state. Toomey said risk for transmission here is still low, but they will be ready to act if that changes.

"I know the question you have today is, 'will there be cases," she said. "We have no way of knowing when or if we will have COVID-19 cases, what we do know is that we have a robust plan in place."

Toomey mentioned that it's not the first time public health officials have had respond to outbreaks.

"H1N1 was in 2009, the Ebola virus became an issue for us in 2014, it was West Nile, there was Zika virus, and even our every day recent responses to more routine infections - including seasonal influenza and measles - demonstrate our capacity to respond quickly."

RELATED: 'We'll be ready for whatever comes': Gov. Kemp says state is prepared for any coronavirus outbreak

The health department has been in close contact with the Centers for Disease Control and Prevention, which is based in Atlanta. They also have staff answering calls 24/7 to help healthcare providers who might have inquiries.

Toomey urged people to continue using best health practices, such as thorough handwashing and covering your mouth and nose when coughing or sneezing.

“The bottom line is that we just want to be prepared," Kemp said. "We are preparing for the worst and hope for the best on this."

The task force held its first meeting Friday afternoon at the State Capitol. Below is the list of the team members:

RELATED: What is 'community spread' and what does it mean for the coronavirus?

After Kemp announced the task force, Emory released the following statement about Colleen Kraft, who is one of the members:

"Today Governor Kemp has taken critical steps to protect Georgians as the world works to address the challenges brought on by the current coronavirus outbreak. His swift action in assembling this task force builds on years of work across the state to mitigate a public health crisis. The appointment of Dr. Colleen Kraft from Emory also helps to ensure that lessons applied from our treatment of Ebola patients five years ago will be leveraged to protect health care workers across the state who stand ready." - Jonathan S. Lewin, Executive Vice President Health Affairs of Emory University

Will the coronavirus cause long-lasting financial impacts?

VERIFY: No, Lysol did not know about this strain of the coronavirus ahead of time

What we know about claims of coronavirus in the metro area

Sophie's Nightmare: How a Georgia mother allowed her boyfriend to impregnate her 10-year-old