"It is more contagious. It is more transmissible. And it can lead to hospitalization more quickly," said Gov. Hutchinson. 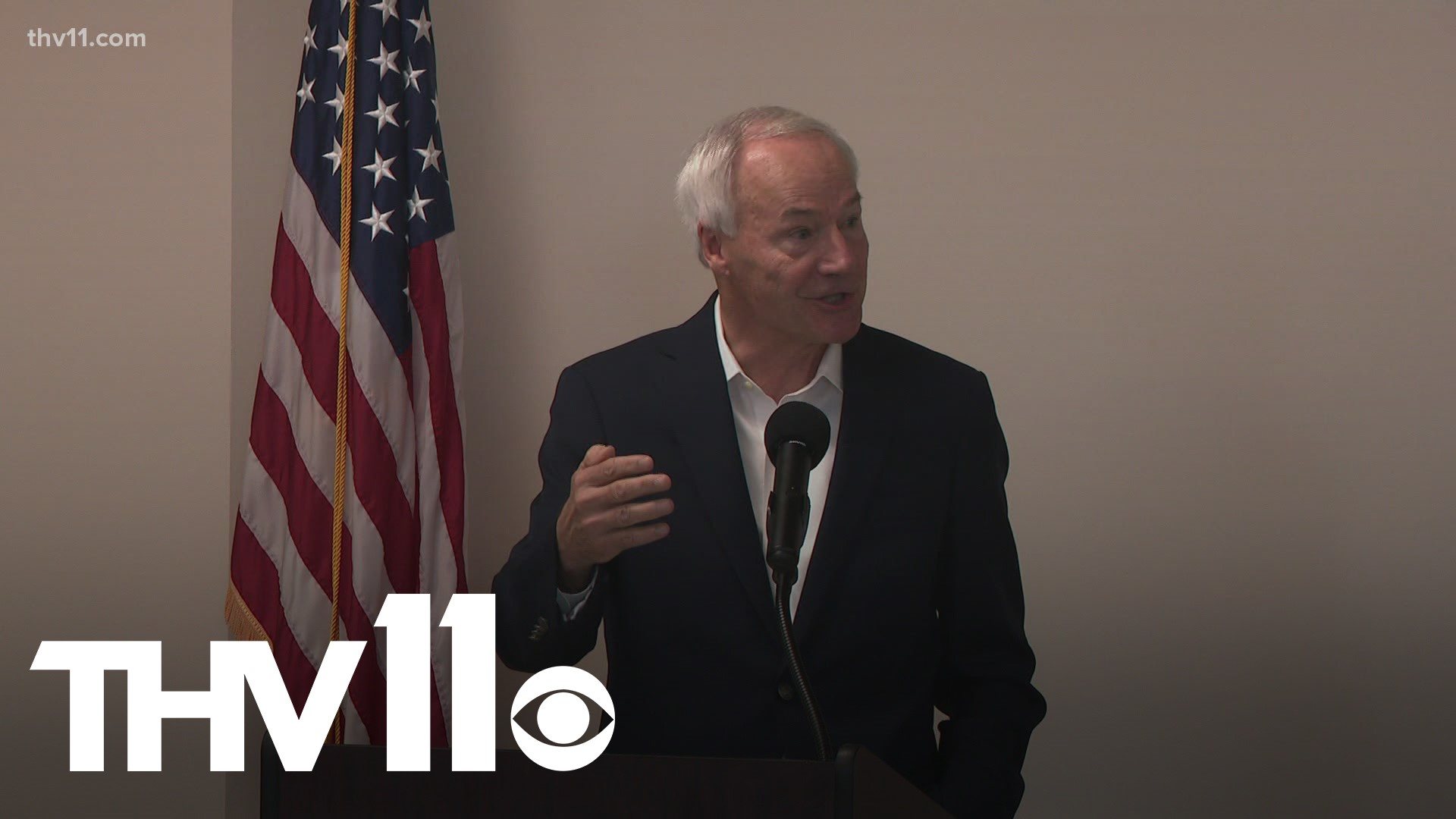 BATESVILLE, Ark. — Governor Asa Hutchinson stopped in Batesville Monday night to learn more about why some people are not getting the COVID-19 vaccine.

"We have a challenge here," Hutchinson said.

He is trying to figure out how to overcome that challenge. He took questions from people in the community about their concerns about the vaccine and the virus.

"One month ago, we had 175 Arkansans that were in the hospital because of COVID. One short month later, we had 497 hospitalized," Gov. Hutchinson said.

Over the weekend, that number shot up to 565 people hospitalized in Arkansas on Monday.

“Now, I’ve watched this for over a year and I know that people don’t like to go to the hospital on the weekend, they usually wait until Monday. Which tells me that if they go in on the weekend, they’re really sick and they need help," Gov. Hutchinson said.

Nearly 35 percent of people in Arkansas are fully vaccinated, compared to the nationwide average of 48 percent.

The governor is especially trying to reach people in rural communities, where vaccination rates are typically lower. He worries it's only a matter of time before the Delta variant spreads in these areas.

"It is more contagious. It is more transmissible. And it can lead to hospitalization more quickly," he said.

The governor said this variant is spreading at "warp speed" across Arkansas.

"The good news is the vaccines are effective against the variant," Gov. Hutchinson said.

The biggest takeaway at Monday's conversation is to talk with your own doctor about the vaccine if you are hesitant.

"Go to the sources of people that you trust, and not the internet. Listen to them. That way you're bypassing the government if you're skeptical about it," he said.

Several medical experts were also on hand to answer questions.

"I can confidently stand here and tell you, if you talk to any physician on our medical staff, almost 100 percent of them have received this vaccine. They believe in it wholeheartedly, they've studied the science."

"Please, we implore you to reach out to those physicians, those providers, nurse practitioners that you trust in this community because they are adamantly in support of it," Paxson said.