During the briefing, he announced that he will be extending the public health emergency order for another 45 days. It was set to expire Friday (June 19). 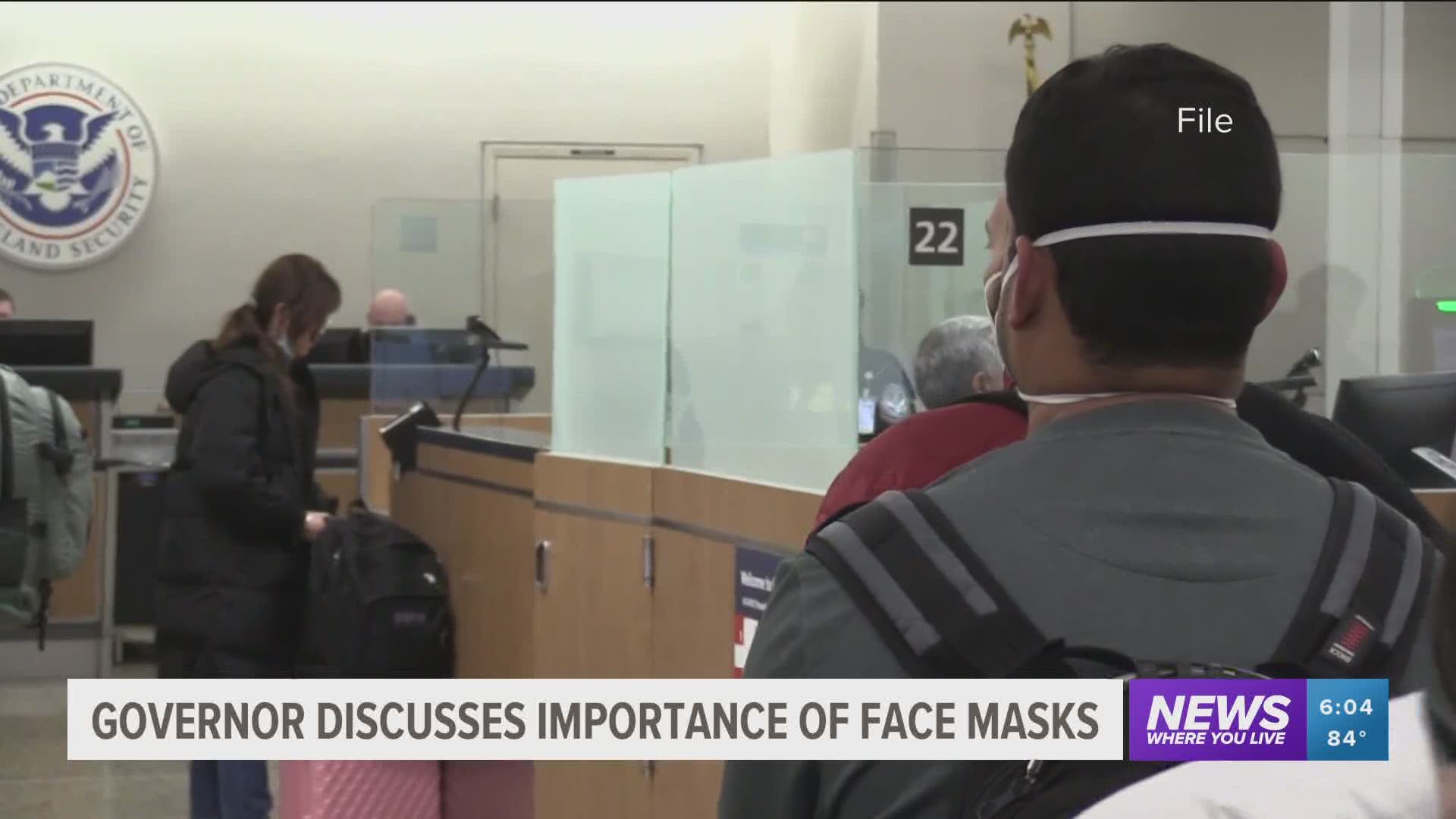 During the briefing, he announced that he will be extending the public health emergency order for another 45 days. It was set to expire Friday (June 19).

The extension comes the same week the City of Fayetteville approved an ordinance requiring face masks to be worn when entering a business in the city.

The Mayor of Little Rock also says he plans to sign an executive order next week that will also require face coverings in public.

“If a city rule is more restrictive than the state rule, then it’s preempted by the state rule and so it’s state guidance the governs in terms of our policy on masks, social distancing,” Gov. Hutchinson said.

The governor says there are no plans to challenge the newly imposed or soon to be imposed mask laws.

“The mayors are simply sending out a signal that this is important, but their guidance should not be more restrictive than the state’s under the executive order,” Gov. Hutchinson said.

He says masks are a public health issue and not a political issue.

“Our goal is to not punish people if they don’t do the right thing in the terms of wearing a mask under certain circumstances," Gov. Hutchinson said. "Our goal is to educate everybody, provide the information and ask them to make good decisions.”

Dr. Jennifer Dillaha with the Arkansas Department of Health says if the majority of Arkansans wore a cloth face covering while out in public it would reduce the transmission of the virus.

“To keep ourselves who may be infected and not yet know it because people can spread the virus when they are asymptomatic or before they have developed symptoms to other people,” Dr. Dillaha said.

The goal for June was to test 120,000 people and the governor says we are more than halfway to that goal with more than 86,000 tests done so far.

This week, Rogers and Springdale both made announcements that they will not issue a mandatory face mask ordinance.

RELATED: Springdale Mayor has no plans to require face masks