Around 271,000 Arkansas children will be eligible for the pediatric dose of the Pfizer vaccine and the governor says the state has a plan to distribute the vaccine. 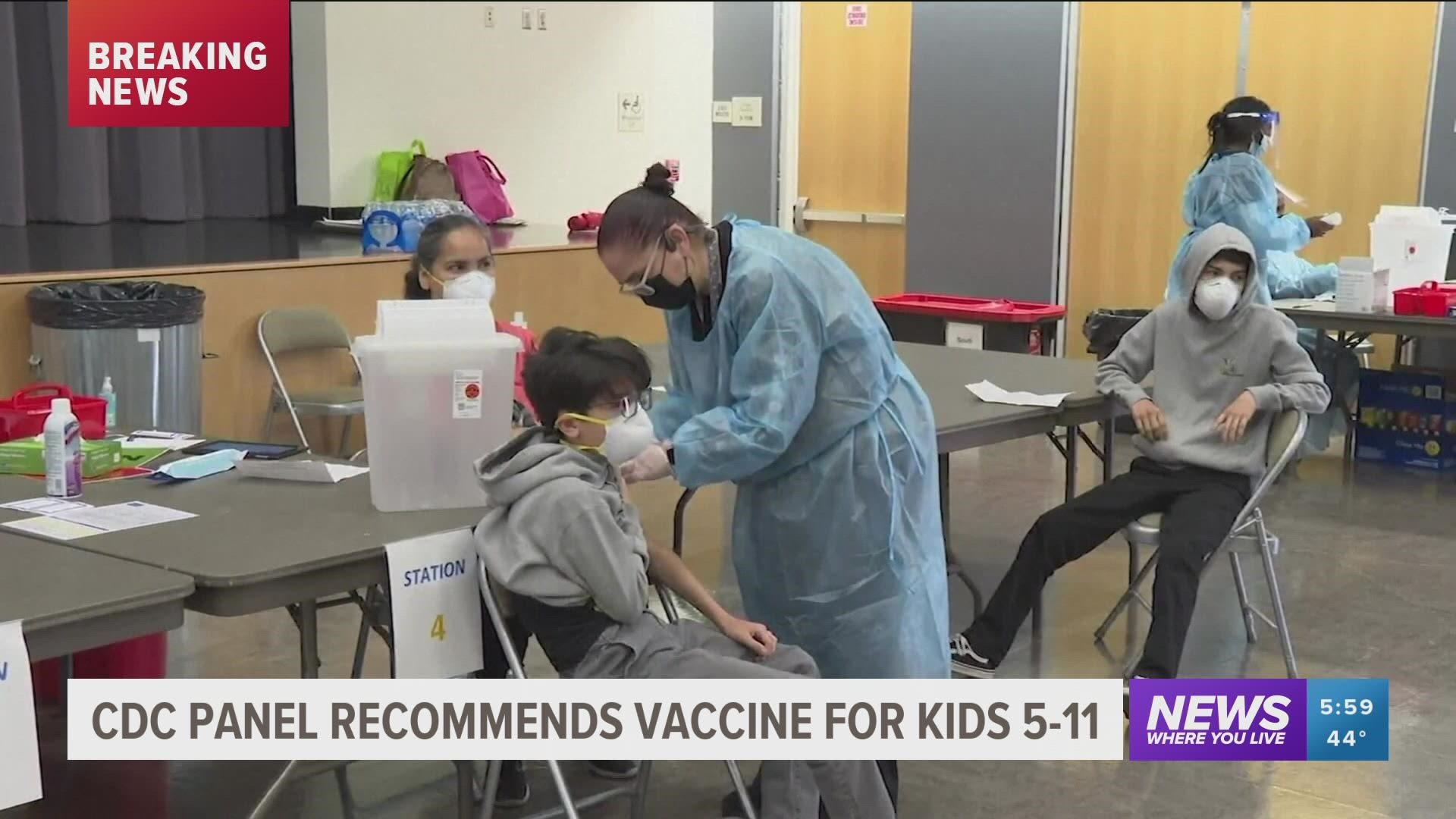 ARKANSAS, USA — In a vote of 14 to 0, a CDC panel recommends the pediatric Pfizer vaccine for kids ages 5-11 and Governor Asa Hutchinson says the state is prepared to distribute the vaccine once final approval is given.

“We will receive nearly 110,000 doses in the initial wave,” said Arkansas State Secretary of Health, Dr. Jose Romero. “So, there is more than enough vaccines available here for children in the first wave of vaccinations.”

Governor Hutchinson says doses of the pediatric vaccine will be distributed and administered following approval from the CDC director.

“It’ll be immediately available and so it just is a matter, as soon as they could make an appointment," Gov. Hutchinson said.

The pediatric vaccine will first be available at local health units, there is one located in each county. From there it will be available at a vaccine for children providers, then at Arkansas pharmacies. The governor is pushing for vaccinations but says he doesn’t plan to mandate them.

“This is something that is a parental decision for their children we encourage it,” Governor Hutchinson said. “We encourage that discussion and to get the right information, talk to your physician.”

Pediatrician Joel Fankhauser recommends the vaccine for immunocompromised children. He says in general vaccinated kids are best for public health.

“We know for a fact that it decreases the likelihood that children get symptomatic COVID at all, which decreases the risk of transmission,” said Dr. Joel Fankhauser with Direct Clinic NWA.

To reduce the transmission rate, the governor is hoping schools help by providing clinics.

“The Department of Health will support them and hosting a clinic and we expect that to happen and we encourage that to happen,” said Governor Hutchinson. “We want to do everything we can to make it as available as possible.”

The governor says it is important that vaccines are available for children because they have seen an increase in cases and hospitalizations of elementary-age kids.

The governor also says he hopes to see the same trend in vaccination rates as he did for kids 12 to 18. He says as of now 50 percent of those individuals are vaccinated.