Evelyn said she was denied hydroxychloroquine in Fort Smith because she was told she was not sick enough. 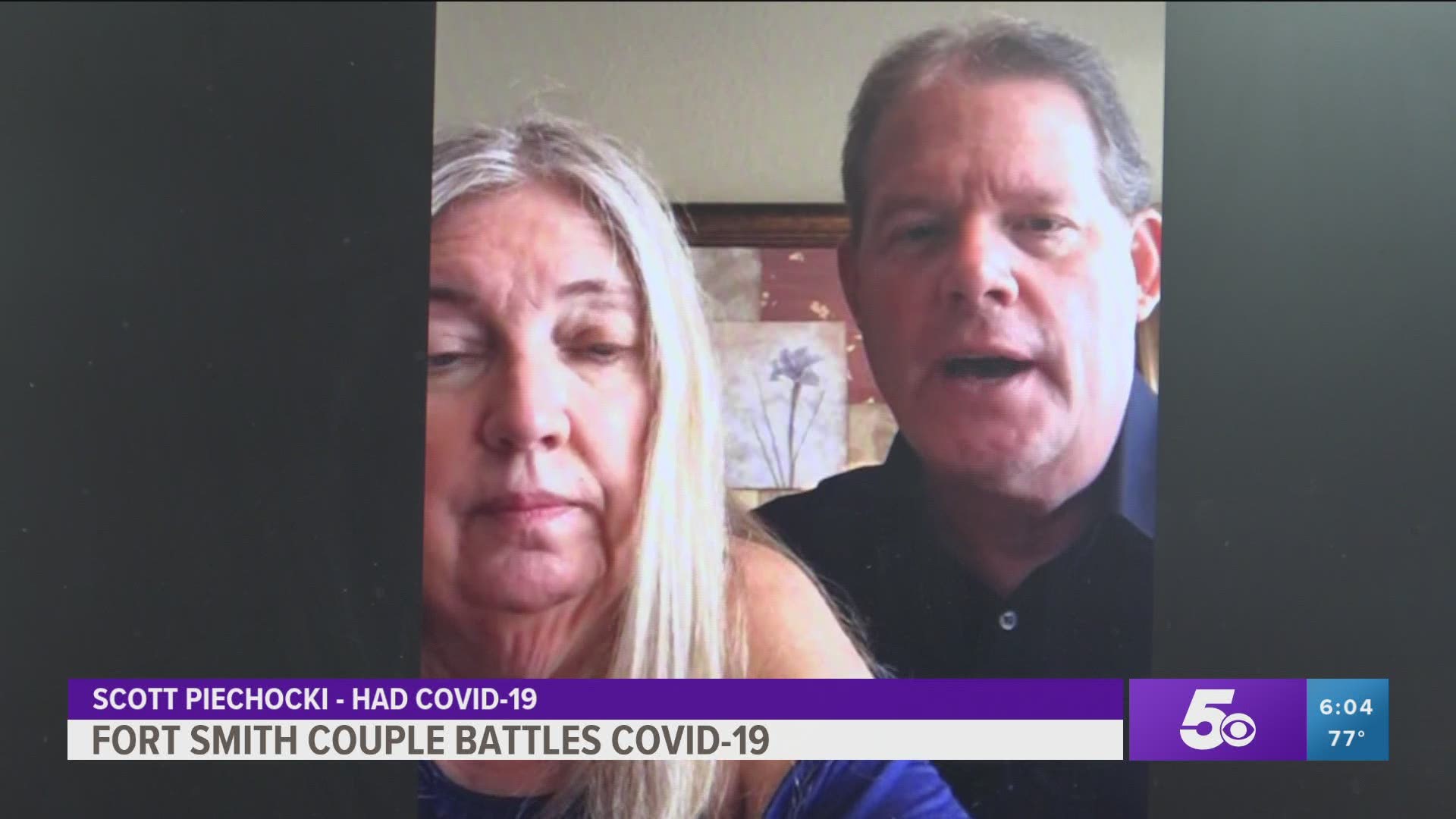 Evelyn Piechocki is now feeling better after being treated with the drug hydroxychloroquine after she contracted COVID-19 from her husband.

Both Evelyn and her husband Scott contracted the virus on March 20th after they took a trip to New Orleans. She made 13 trips to the emergency room since getting sick but found no relief.

“Finally, we decided I have to get better, so we decided to leave Arkansas and get treatment elsewhere,” she said.

Evelyn made the trip to Dallas, Texas last Monday (June 1) where Dr. Ivette Lonzano gave her the medication hydroxychloroquine. Evelyn said she was denied the drug in Fort Smith because she was told she was not sick enough.

Her husband Scott was actually given the medication during his hospital stay in Fort Smith.

“I wasn’t on a respirator, but I was on oxygen," Scott said. "I had it really bad for a week, I was in the hospital and I was the first patient in Fort Smith and Evelyn was the second and they gave it to me because I was there a prolonged period of time."

Dr. Lonzano says Evelyn even had six positive COVID-19 tests by the time she was seen in her office. She says after examining her and doing bloodwork they gave her a hydroxychloroquine pill. She says the next day she saw a huge improvement in Evelyn's condition.

“She was able to breathe, her night sweats were gone, her chills were gone. She wasn’t 100% but she felt so much better. You know after 80 days of being sick and multiple visits to the emergency room she was way on her way,” Dr. Lonzano said.

After three days of staying in Dallas to be monitored by Dr. Lonzano, she came back to Fort Smith and is still taking the medication today.

“There is absolutely no doubt in my mind that her life was saved by a medication called hydroxychloroquine which is in Arkansas," Dr. Lonzano said. "You have it in every pharmacy. You all need to start treating your people, we don’t need to have people coming to Dallas, Texas."

Evelyn has also developed an autoimmune disease she believes because of COVID-19 and had her gallbladder removed.

Editor's Note: The CDC recommends against using the malaria drug hydroxychloroquine for the treatment of COVID-19.