Fort Smith Board of Directors to vote on face mask resolution

The resolution will be discussed by city leaders on Tuesday (July 7) at 7 p.m. 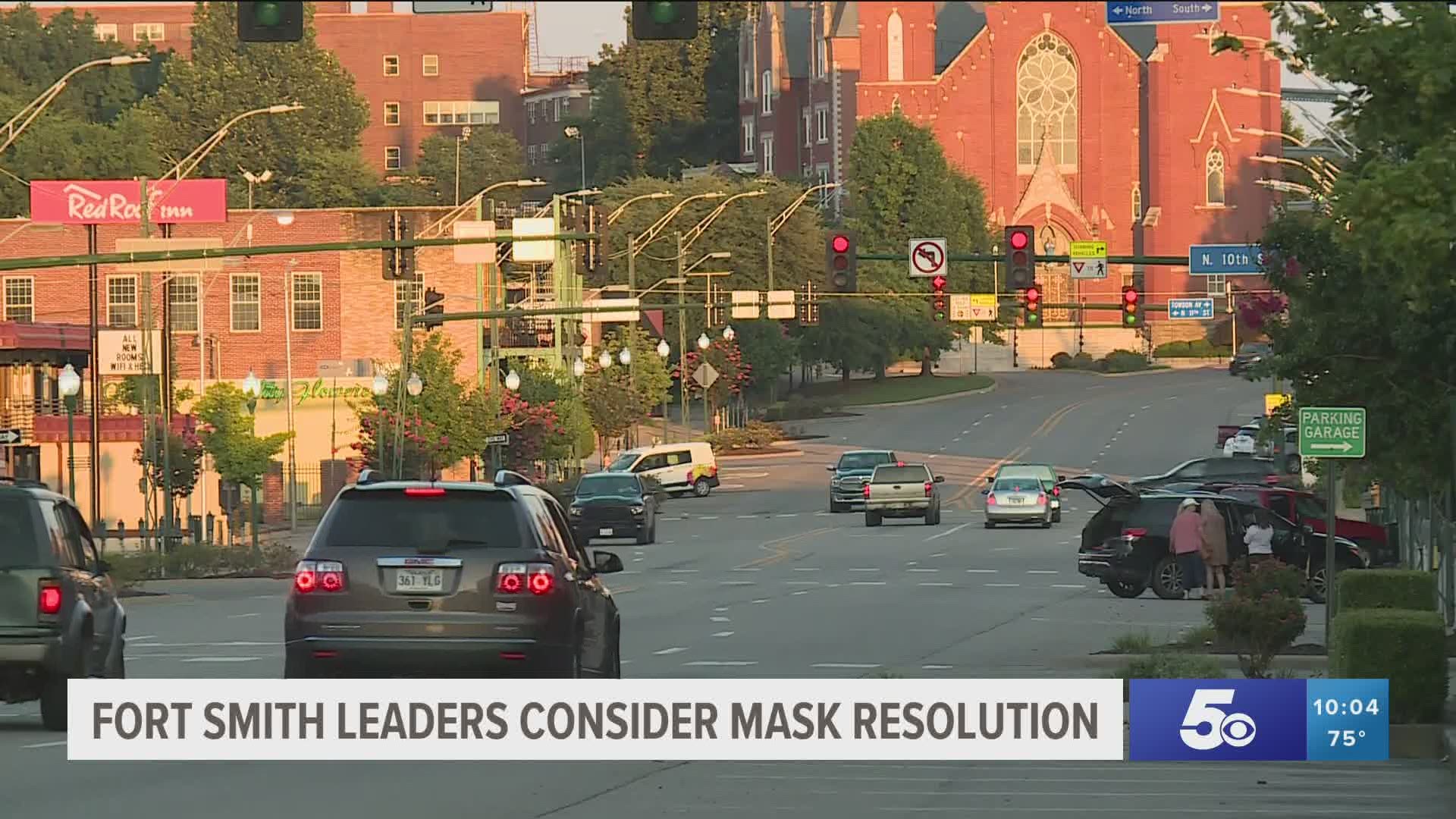 FORT SMITH, Ark. — On Tuesday (July 7) the City of Fort Smith Board of Directors will vote on a resolution regarding face masks having to be worn in public places.

"As we progress over the next couple of weeks and we get more input from the citizens and we understand the ordinance proposed by the governor last week to give us a better idea of what it entails, does it include indoor or outdoor, things like that,” said Kevin Settle, Fort Smith City Director.

On Friday (July 3) Governor Asa Hutchinson gave cities the option of adopting their own face mask ordinance. It's meant to give cities more flexibility if they have a community in which they might have a surge of cases.

“I think that it would be a good thing in the right form to do in the City of Fort Smith,” said Keith Lau, Fort Smith City Director.

Others have a concern with the possible shortcomings of such an ordinance.

Lau, who is a City Director for Ward 1, says he supports an ordinance that supports citizens with disabilities.

“We need to make sure Americans with disabilities aren’t somehow impeded with their daily activities with this type of ordnance in place,” Lau said.

The resolution will be discussed by city leaders on Tuesday. Some say it's a good place to start.

Mayor George McGill, who does not have a board vote other than to break a tie, supports a face mask resolution. He says wearing a mask in public places is one thing everyone should be willing to do to protect the River Valley from the unnecessary spread of COVID-19.

“If you go to a Walmart or you go to a grocery store that you go in with a mask on,” Lau said.

The meeting to discuss that resolution is set for 7 p.m. Tuesday evening.