The first presumptive case of coronavirus has been confirmed in Arkansas, 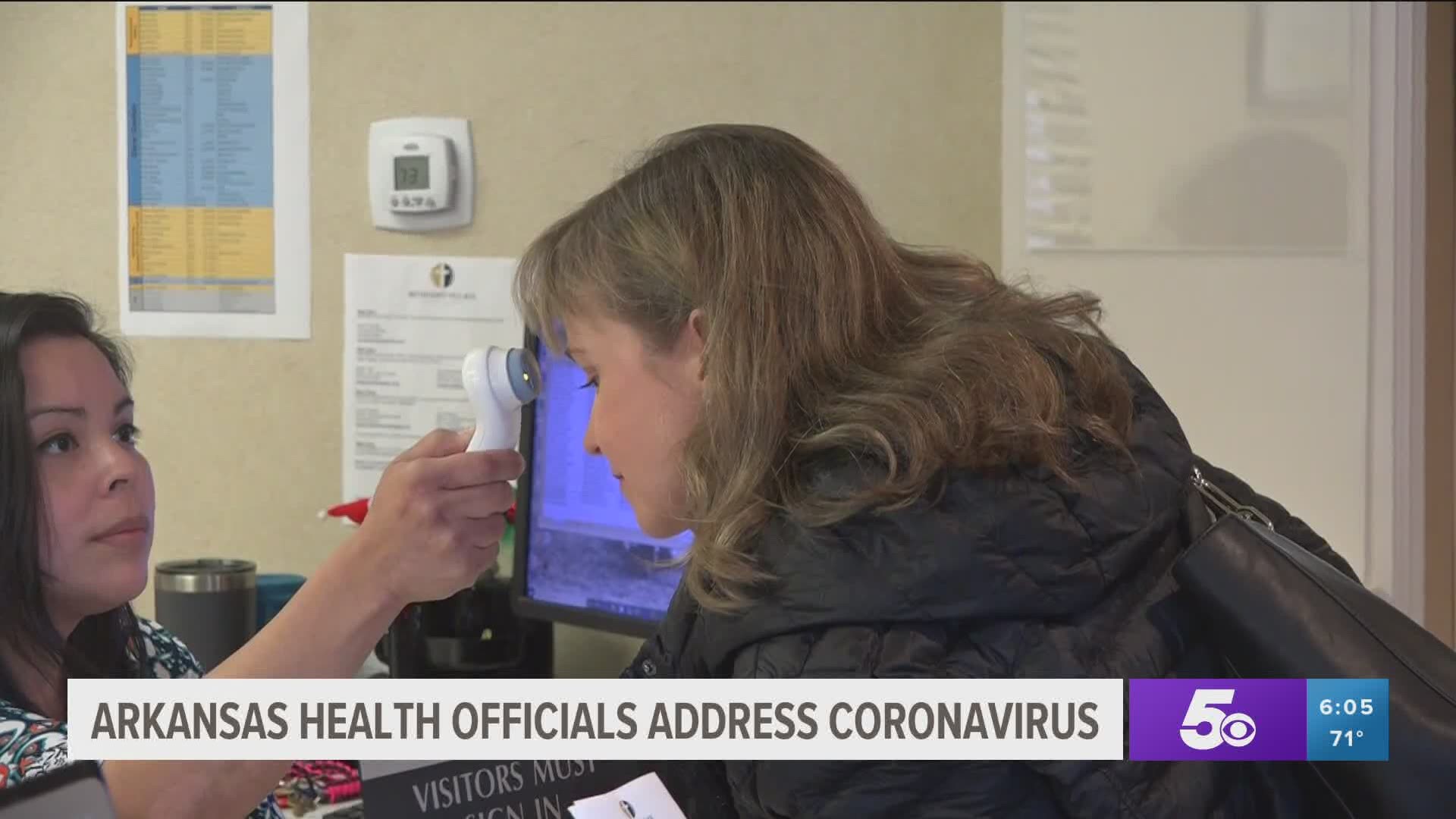 ARKANSAS, USA — The first presumptive case of coronavirus has been confirmed in Arkansas, according to Gov. Asa Hutchinson.

Hutchinson made the announcement Wednesday morning following a cabinet meeting.

He said the case has been tested by the Arkansas Department of Health and will be sent to the CDC for further testing.

The patient is in isolation at a Pine Bluff hospital and has a history of out of state travel.

Hutchinson and Dr. Smith, Secretary of the Arkansas Department of Health, said there is no evidence that the disease has spread through the Pine Bluff community or anywhere else in the state.

A new travel policy was announced for state employees. Out of state travel will now require approval from cabinet secretaries.

Hutchinson also urged Arkansans to reconsider every trip out of the state this Spring Break.

He posed the following questions:

“Everyone should know we are prepared as we can be for the future and any upturn in the outbreak, and we will be continuing government services under any circumstances,” Hutchinson said.

Gov. Hutchinson will be signing an executive order declaring a public health emergency in Arkansas on Wednesday due to the confirmed cases.

What are the symptoms of COVID-19?

For confirmed COVID-19 infections, reported illnesses have ranged from people being mildly sick to people being severely ill and dying. Symptoms can include:

The Centers for Disease Control and Prevention (CDC) believes at this time that symptoms of COVID-19 may appear in as few as 2 days or as long as 14 after exposure. This is based on what has been seen previously as the incubation period of MERS viruses.

How do people become infected with COVID-19?

The exact way the virus is spread is not fully known. With similar coronaviruses (such as MERS and SARS) person-to-person spread is thought to have happened mainly via respiratory droplets produced when an infected person coughs or sneezes, similar to how influenza and other viruses that cause respiratory illness spread. The persons at greatest risk are close contacts of an infected case such as those who are in the same room for a long period of time, such as healthcare personnel or household members.

How can I help protect myself and my family?

Per recommendations from the CDC, nonessential travel to China is not recommended at this time to prevent U.S. travelers from getting the virus during a visit to China.  It is important to understand this virus is not spreading in the United States right now, so aside from avoiding nonessential travel the best steps to avoid contracting respiratory viruses include:

What should I do if I recently traveled to China and got sick?

If you were in China within the past 14 days and feel sick with fever, cough, or difficulty breathing, you should get medical care. Call the office of your healthcare provider before you go and tell them about your travel and your symptoms. They will give you instructions on how to get care without exposing other people to your illness. While sick, avoid contact with people, don’t go out and delay any travel to reduce the possibility of spreading illness to others.

For Additional Information and Guidance:

RELATED: Report: Scientists were close to coronavirus vaccine 4 years ago, but lacked funding

RELATED: Arkansas couple returns to US from quarantined cruise ship