Staff at Northwest Medical Center lined the halls cheering for Mirna Marquez on Monday as she was discharged after spending two weeks in the hospital with COVID-19. 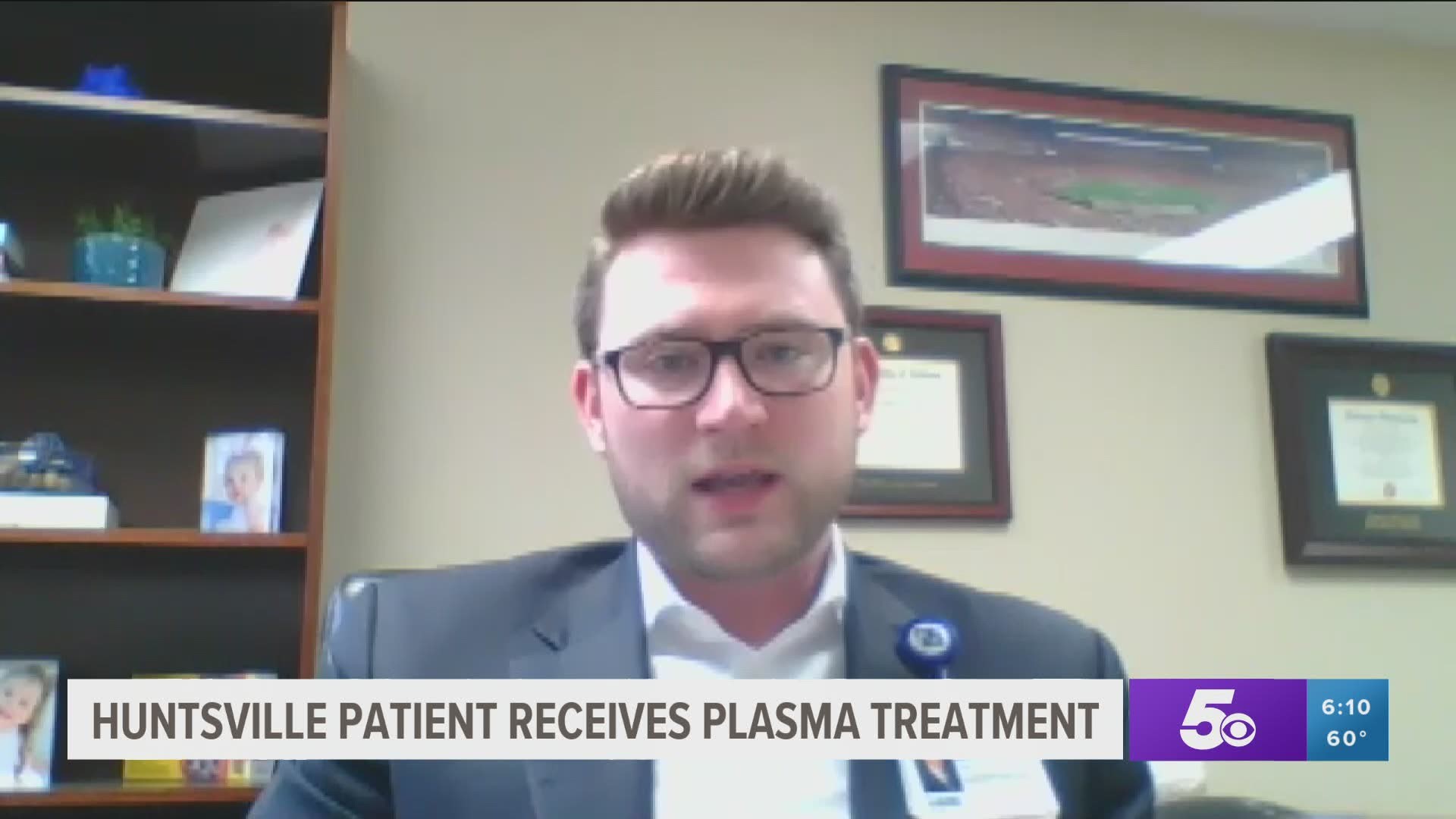 SPRINGDALE, Ark. — The staff at Northwest Medical Center in Springdale lined the halls cheering for Mirna Marquez on Monday (April 20) as she was being discharged after spending two weeks in the hospital.

She was the first patient in Northwest Arkansas to receive COVID-19 treatment with convalescent plasma through a blood transfusion.

“We were just thankful for everything. I know when I spoke with my dad he said when he talked to the doctors, he was like if you truly believe this is going to be the best thing and it’s going to help her, then do it, just do it,” said Marquez's daughter Claudia Ramos said.

Marquez, who is from Huntsville, was on a ventilator for 10 days and didn’t know she received the treatment until she woke up. She primarily speaks Spanish so her daughter Ramos is speaking for her. She says she couldn’t have asked for better care.

“She says she has no words to say how grateful she is to the hospital for everything they did and in any way she could help she will do," Ramos said. "For one thing she is sure that as soon as she recovers and feels better she is going to go and donate blood as well."

Convalescent plasma comes from recovered patients and contains antibodies to fight off the infection.

CEO of Northwest Health in Springdale, Hans Driessonack says they have an amazing care team and you could see the personal connection she had with them, which is especially important in a time when you can’t have your family by your side.

“I think that was a proud moment for me as a leader of an organization that is ultimately here to improve people’s lives both clinically and emotionally as well and that definitely showed through in this tough time,” he said.

“And also, infectious disease Dr. Hennigan who is the one who actually facilitated the use of convalescent plasma which is what we believe strongly was a big contributing factor for her miraculous recovery.”

Anyone who has recovered from COVID-19 can help others by donating plasma. If you are interested in doing this call your doctor and they can set you up with the Community Blood Center of the Ozarks.