Fayetteville passed a mask ordinance before the governor issued the statewide mandate and could choose to continue the ordinance after it's lifted. 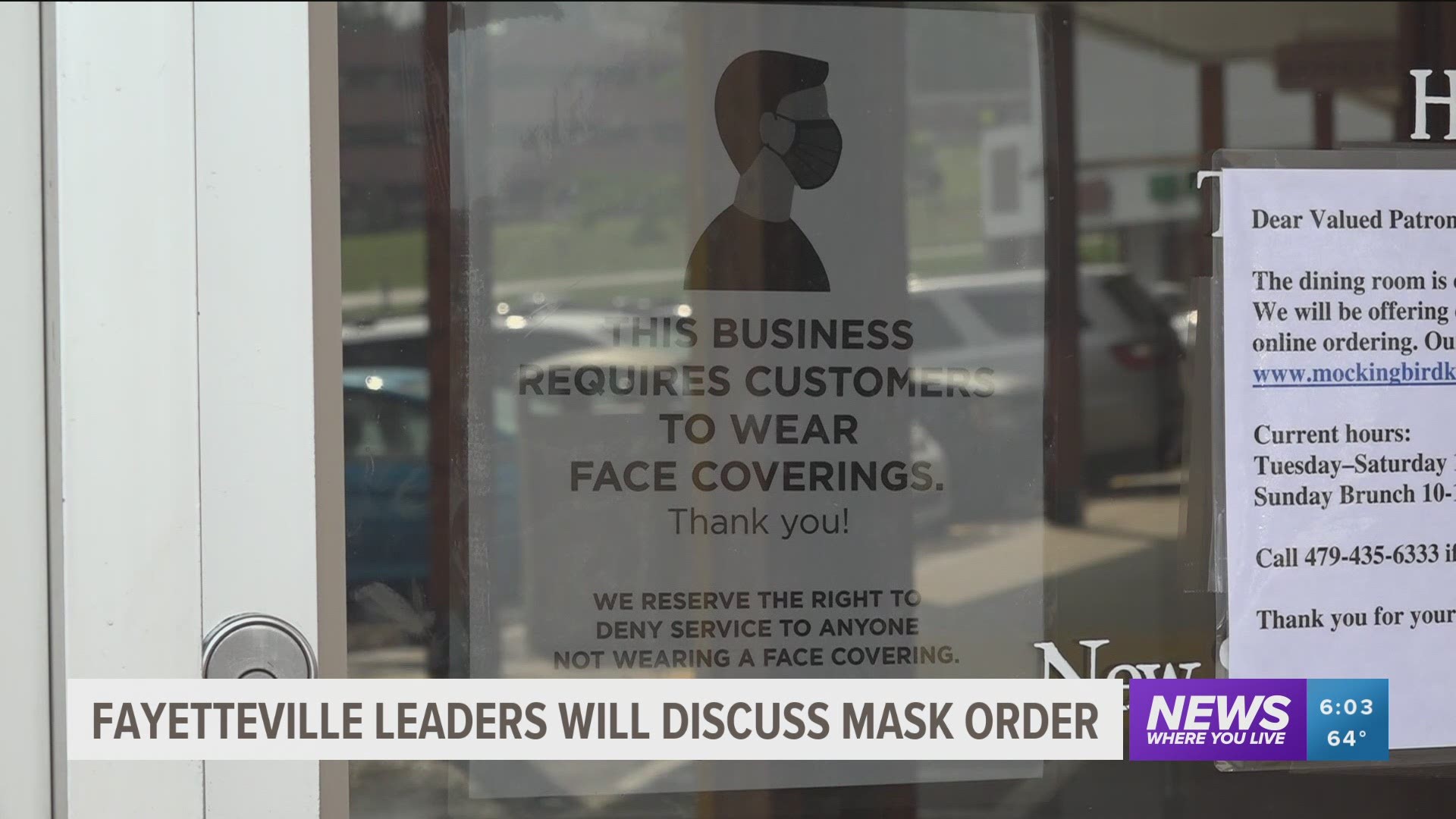 FAYETTEVILLE, Ark. — Back in June of last year, the Fayetteville City Council passed a city-wide mask ordinance that requires people to wear face coverings inside public places in the city.

Then weeks later, Governor Asa Hutchinson issued the statewide mask mandate. If the governor decides to end the mask mandate next week, the city’s ordinance will be discussed at the next meeting.

“Whether or not they want to cancel our mask mandate ordinance. Which normally when an emergency is over then it’s more likely that that would be canceled but I can’t tell you for sure what the city council is going to do,” said Fayetteville City Attorney Kit Williams.

In the governor’s weekly Covid-19 briefing Tuesday (March 23) he said the state is way below the criteria for the mandate to be lifted and everyone can expect it to happen on March 31.

“We’ve got some more work to do to make sure we can articulate it in the right way and have the appropriate guidance for our cities, for our employers, for our school systems and we are meeting on that and want to finalize that by next Tuesday,” Gov. Hutchinson said.

The governor previously said that cities will not be able to enforce their own mask mandates, but Williams says cities have substantial police power.

“Cities certainty have the inherent power, it’s also statutory power to do and pass ordinances to protect the health, safety and welfare of its citizens, so I think the city council in most cases has a lot of power in this particular case,” he said.

The Fayetteville Board of Health says Fayetteville’s Covid-19 numbers are encouraging and the hospitalization rate is low and deaths are declining but they think ending the mask mandate next week is too early.

Dr. Marti Sharkey with the Fayetteville Board of Health says we haven’t vaccinated enough people yet and only started vaccinating people in Phase 1-C last week and this includes people at high risk.

“We need to wait until that group is fully vaccinated which is going to take several weeks and then we also have to be concerned about the spring break trips that have occurred and the possibility that we have a little, not a full-on surge like we were seeing in January but an increase in our numbers,” she said.

We reached out to other cities in our areas about the possibility of the statewide mask mandate being lifted.

At this time, Springdale has no plan to pass a city-wide mask mandate but will support the rights of local businesses to require masks.

Fort Smith also currently has no plans of issuing a mask ordinance but says they will encourage everyone to adhere to the pandemic protocols.

The City of Rogers says they are waiting to make a plan based on the state’s recommendation.