The governor said Arkansans need to continue wearing face coverings in order to get into a better position by September. 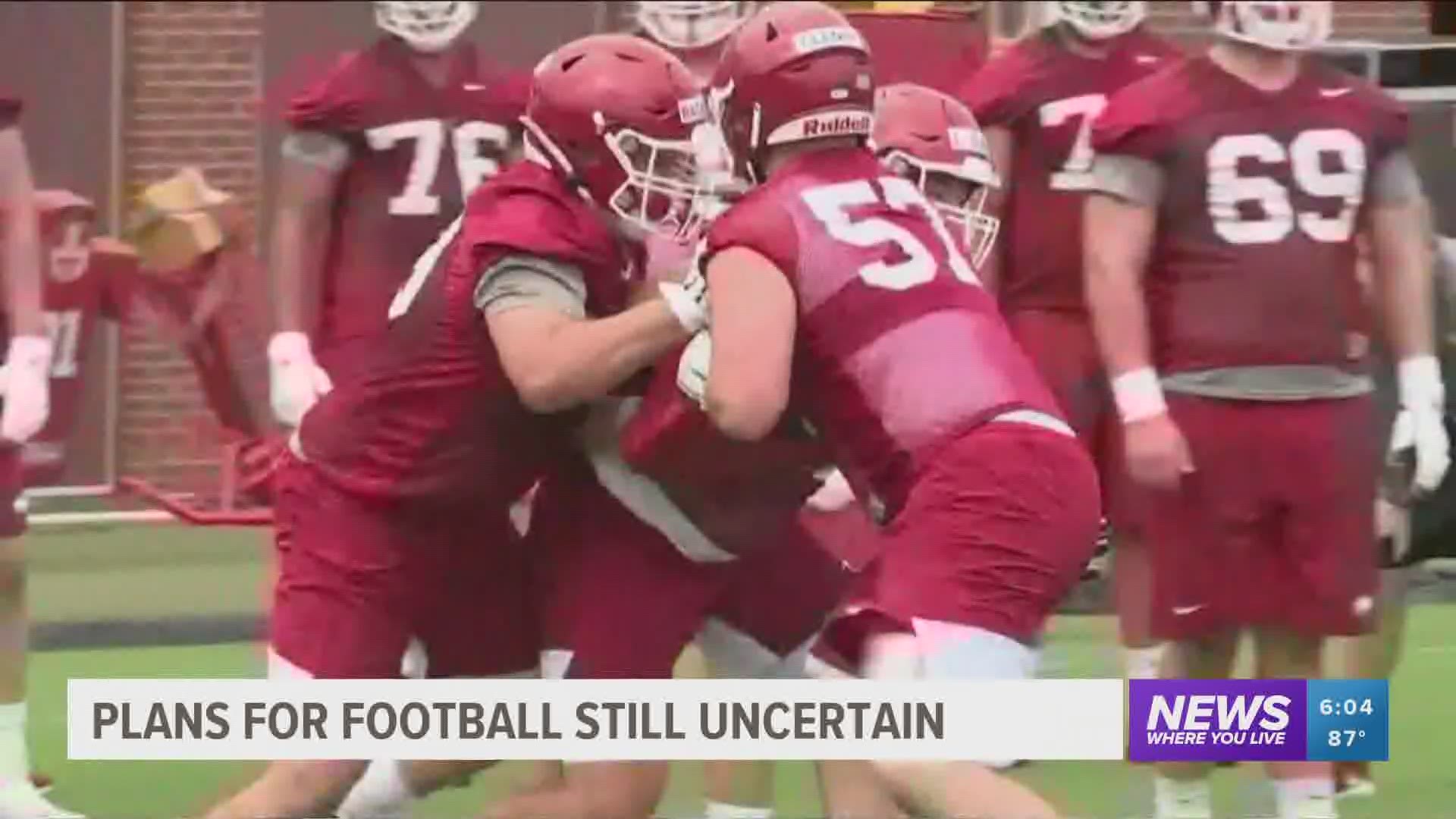 The governor said residents need to continue wearing face coverings in order to get into a better position by September, speaking directly to the hearts of Razorback Football fans.

"If we want football, high school football, high school sports this year, and beyond that in college, we need to concentrate on this mask now," Gov. Hutchinson said. "There's a connection between the two. We wear our masks, we reduce the cases, we reduce the growth, we stop the spread of the virus. And that puts us in a better position to have some type of team sports this fall."

Face masks have become a controversial subject over the past several weeks. Rogers and Springdale have recommended people to wear them in public and inside businesses, but have not mandated it.

Fayetteville is the only city to take that step.

Governor Hutchinson has been reluctant to mandate it statewide because he says so many people are doing it themselves.

Numbers show that in the last three days, Arkansas has seen a consecutive decline in new COVID-19 cases, which Secretary of Health Dr. Nate Smith says is a good thing.

“It’s smaller than we’ve been having so we’re going in the right direction,” Dr. Smith said.

The governor warned that high school and college sports could be impacted if Arkansans refuse to wear masks. He says it will limit the number of cases that will reduce the spread.

Hutchinson says families across the state would be devastated with no football in the fall.

“It’s important in my life, in the life of my family, so I hope that we can achieve that goal,” Gov. Hutchinson said.

Dr. Smith says when it comes to testing across the state, Arkansas achieved the goal they had set for next month in the month of June, ending the month with 180,000 tests.