Doctors say the impact of the COVID-19 pandemic on the mental health of children is alarming and plain to see. 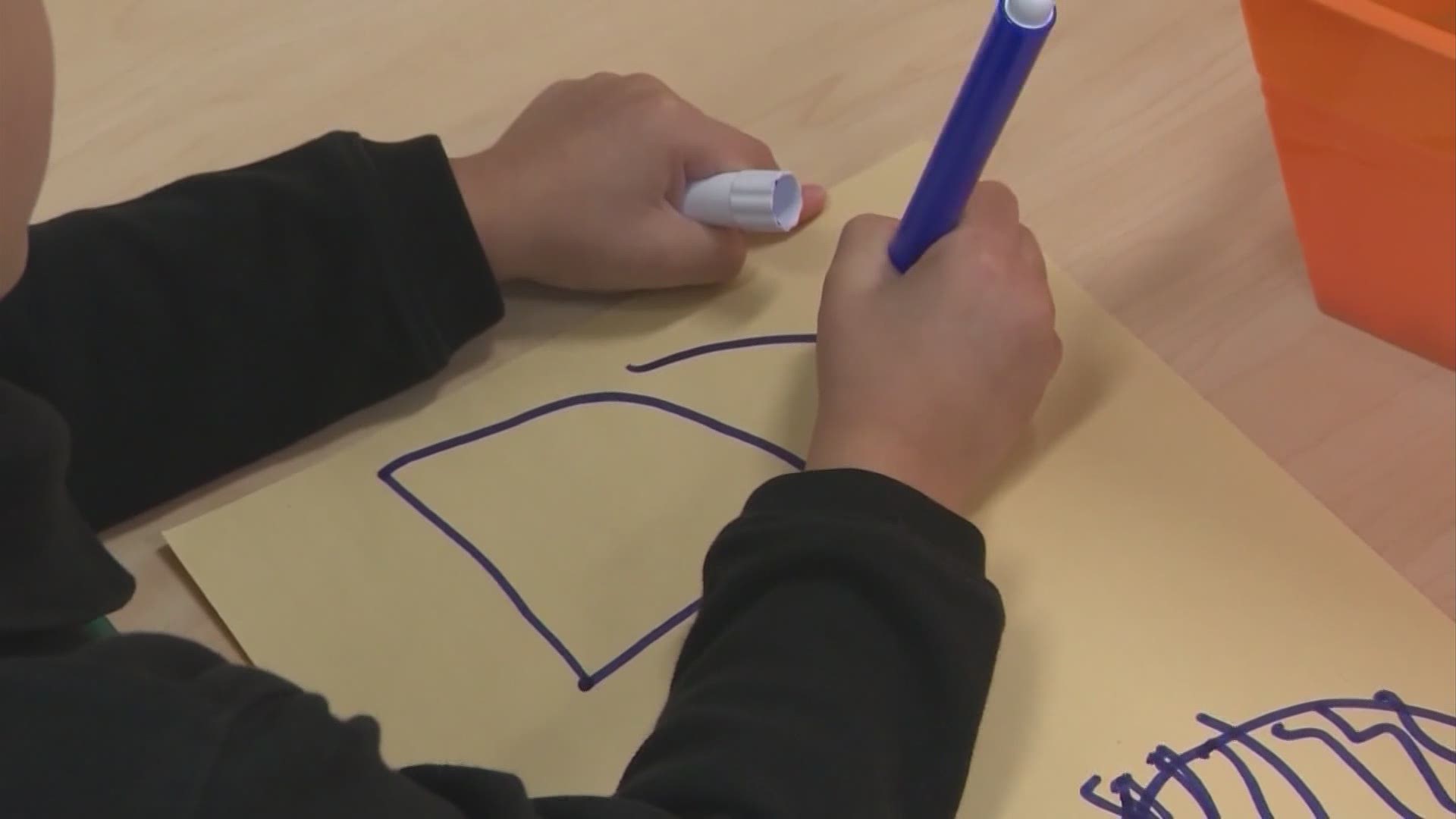 PARIS, France — By the time his parents rushed him to the hospital, 11-year-old Pablo was barely eating and had stopped drinking entirely. Weakened by months of self-privation, his heart had slowed to a crawl and his kidneys were faltering. Medics injected him with fluids and fed him through a tube — first steps toward stitching together yet another child coming apart amid the tumult of the coronavirus crisis.

For doctors who treat them, the pandemic's impact on the mental health of children is increasingly alarming. The Paris pediatric hospital caring for Pablo has seen a doubling in the number of children and young teenagers requiring treatment after attempted suicides since September.

Doctors elsewhere report similar surges, with children — some as young as 8 — deliberately running into traffic, overdosing on pills and otherwise self-harming. In Japan, child and adolescent suicides hit record levels in 2020, according to the Education Ministry.

Pediatric psychiatrists say they're also seeing children with coronavirus-related phobias, tics and eating disorders, obsessing about infection, scrubbing their hands raw, covering their bodies with disinfectant gel and terrified of getting sick from food.

Also increasingly common, doctors say, are children suffering panic attacks, heart palpitations and other symptoms of mental anguish, as well as chronic addictions to mobile devices and computer screens that have become their sitters, teachers and entertainers during lockdowns, curfews and school closures.

“There is no prototype for the child experiencing difficulties,” said Dr. Richard Delorme, who heads the psychiatric unit treating Pablo at the giant Robert Debré pediatric hospital, the busiest in France. "This concerns all of us.”

Pablo's father, Jerome, is still trying to understand why his son gradually fell sick with a chronic eating disorder as the pandemic took hold, slowly starving himself until the only foods he would eat were small quantities of rice, tuna and cherry tomatoes.

Jerome suspects that disruptions last year to Pablo's routines may have contributed to his illness. Because France was locked down, the boy had no in-school classes for months and couldn't say goodbye to his friends and teacher at the end of the school year.

“It was very tough," Jerome said. “This is a generation that has taken a beating.”

Sometimes, other factors pile on misery beyond the burden of the 2.6 million COVID-19 victims who have died in the world's worst health crisis in a century.

Islamic State extremists who killed 130 people in gun and bomb attacks across Paris in 2015, including at a cafe on Pablo's walk to school, also left a searing mark on his childhood. Pablo used to believe that the cafe's dead customers were buried under the sidewalk where he trod.

When he was hospitalized at the end of February, Pablo had lost a third of his previous weight. His heart rate was so slow that medics struggled to find a pulse, and one of his kidneys was failing, said his father, who agreed to talk about his son’s illness on condition they not be identified by their surname.

“It is a real nightmare to have a child who is destroying himself,” the father said.

Pablo's psychiatrist at the hospital, Dr. Coline Stordeur, says some of her other young patients with eating disorders, mostly aged 8 to 12, told her they began obsessing in lockdown about gaining weight because they couldn't stay active. One boy compensated by running laps in his parents’ basement for hours each day, losing weight so precipitously that he had to be hospitalized.

Others told her they gradually restricted their diet: “No more sugar, then no more fat, and eventually no more of anything," she said.

Some children try to keep their mental anguish to themselves, not wanting to further burden the adults in their lives who are perhaps mourning loved ones or jobs lost to the coronavirus. They "try to be children who are forgotten about, who don’t add to their parents’ problems,” Stordeur said.

Children also may lack the vocabulary of mental illness to voice their need for help and to make a connection between their difficulties and the pandemic.

RELATED: Poll: 1 in 5 in US lost someone close in pandemic

“They don’t say, ‘Yes, I ended up here because of the coronavirus,’" Delorme said. “But what they tell you about is a chaotic world, of ‘Yes, I’m not doing my activities any more,’ ‘I’m no longer doing my music,’ 'Going to school is hard in the mornings,’ ‘I am having difficulty waking up,’ ‘I am fed up with the mask.’”

Dr. David Greenhorn said the emergency department at the Bradford Royal Infirmary where he works in northern England used to treat one or two children per week for mental health emergencies, including suicide attempts. The average now is closer to one or two per day, sometimes involving children as young as 8, he said.

“This is an international epidemic, and we are not recognizing it," Greenhorn said in a telephone interview. “In an 8-year-old’s life, a year is a really, really, really long time. They are fed up. They can’t see an end to it.”

At Robert Debré, the psychiatric unit typically used to see about 20 attempted suicide cases per month involving children aged 15 and under. Not only has that number now doubled in some months since September, but some children also seem ever-more determined to end their lives, Delorme said.

“We are very surprised by the intensity of the desire to die among children who may be 12 or 13 years old," he said. "We sometimes have children of 9 who already want to die. And it’s not simply a provocation or a blackmail via suicide. It is a genuine wish to end their lives.”

“The levels of stress among children are truly massive,” he said. “The crisis affects all of us, from age 2 to 99."

If you or someone you know may be struggling with suicidal thoughts you can call the U.S. National Suicide Prevention Lifeline at 800-273-TALK (8255) any time of day or night or chat online.

Credit: AP
A child and his mother wait at the reception in the pediatric unit of the Robert Debre hospital, in Paris, France, Tuesday, March 2, 2021. (AP Photo/Christophe Ena)