Over the past two weeks, the rolling average number of daily new cases has increased by 114%, according to figures compiled by Johns Hopkins University researchers. 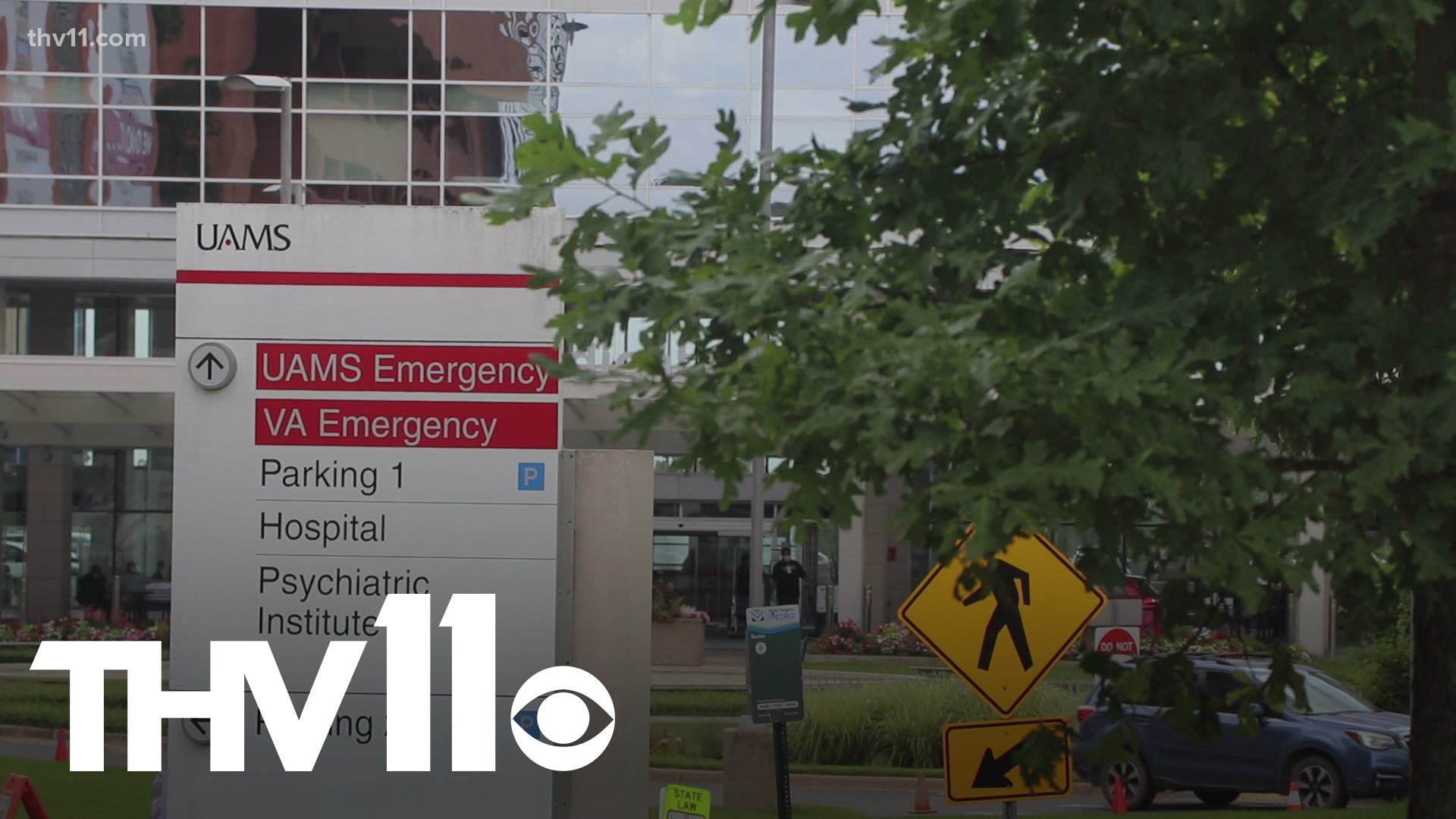 LITTLE ROCK, Ark. — The number of people hospitalized due to the coronavirus jumped to over 800, which is leading the nation in new virus cases per capita.

The Department of Health said Thursday that the state's virus hospitalizations increased to 849.

Arkansas's cases have surged in recent weeks because of the delta variant of the virus and a low number of people getting vaccinated.

According to the Centers for Disease Control and Prevention, only 35% of the state's population is fully vaccinated.

Over the past two weeks, the rolling average number of daily new cases has increased by 114%, according to figures compiled by Johns Hopkins University researchers.

Nearly 35 percent of people in Arkansas are fully vaccinated, compared to the nationwide average of 48 percent.

The Delta Variant alarm bells are creating a greater sense of urgency to get vaccinated. We have another day with the administration of over 9,000 vaccine doses, but let’s do even more for the safety of our children and families. pic.twitter.com/Qds4rwrfbo