The initial excitement over COVID-19 vaccines has given way to confusion for many people as the Arkansas Health Department continues the rollout. 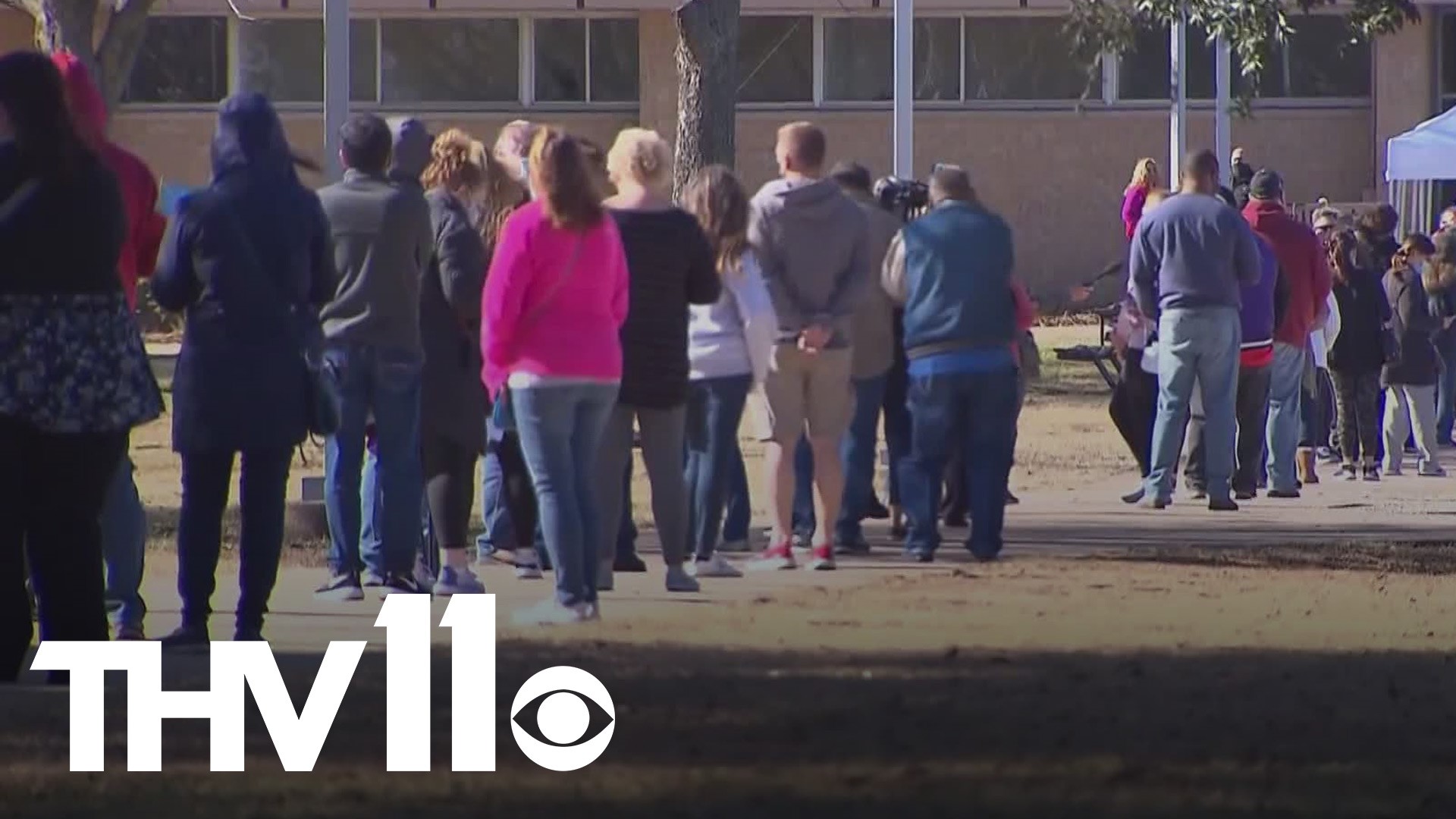 HOT SPRINGS, Ark. — The initial excitement over COVID-19 vaccines has given way to confusion for many people as the Arkansas Department of Health orchestrates a rollout to hospitals and nursing homes in Phase 1A of the vaccine distribution.

But as many impatiently look toward their chance to get the shots, there is confusion among local emergency managers who traditionally train to deliver vaccines in situations like a flu outbreak.

"There's still quite a bit of confusion locally," said Bo Robertson, the director of Garland County's emergency management office. "We're really just trying to make the best that we can with what little information we are getting."

Through the pandemic, Robertson and his colleagues have been pitching in where they can. In Garland County, the DEM headquarters has been the semi-monthly go-to spot for hospitals across the southwest part of Arkansas to get personal protective equipment.

Despite a corps of first responders prepared to volunteer, the health department has instead communicated directly with local pharmacies, preparing them to be the places to go for vaccines.

Robertson isn't sure how that will work when the rollout goes from delivering to hospitals and setting up clinics to receiving long lines of people 70 and up and essential workers eager to get shots.

"What we are trying to focus on specifically is when we need to bring people to the vaccine," he said.

The state's epidemiologist is aware there is confusion as the rollout gets off to a rocky start here and elsewhere in the U.S.

"I think one of the frustrations is the public doesn't know what to expect very well, and we would like to be able to do a better job of setting expectations," said Dr. Jennifer Dillaha, who indicated the ADH would be working on improving messaging in the next week as more doses arrive in the state.

But while the messaging will be centralized, Dr. Dillaha says the rollout will not.

"In the current COVID-19 pandemic, you don't really want people gathering in large groups and big lines to do vaccinations," she said. "After the pharmacies work through the 1-A phase, they will have improved their process and their flow."

And, she said, working with more than 200 pharmacies across the state will spread the demand instead of concentrating it at one mass vaccination location.

Robertson isn't so sure. He points to the long lines that have already developed in other states further along in distributing vaccines and has been scouting the arena at the Garland County fairgrounds as an ideal location to hold a mass clinic.

On Sunday, Gov. Asa Hutchinson also said he was prepared to alter the rollout plans while applauding the work done by local neighborhood pharmacies compared to large chains like CVS and Walgreens.

"They're doing a better job of getting it out than the chains," he said during an interview on CBS's Face The Nation. "We're going to have to look more broadly at how to utilize more resources. Whether it is utilizing medical personnel that's already strained in terms of our National Guard. Whether it's bringing in pharmaceutical students that can do more in terms of giving these vaccinations out."

And Dr. Dillaha, too, knows other public entities need to be Plan B when we reach Phase 1B, which she predicts could arrive by the end of the month and may see some parts of the state move on before others.

"If there is a need for us to supplement with assistance from the local health units or from the national guard, or other entities, we can certainly do that," she said.