Before state health officials asked, many salons made the tough choice to close for the health and safety of their employees and clients. 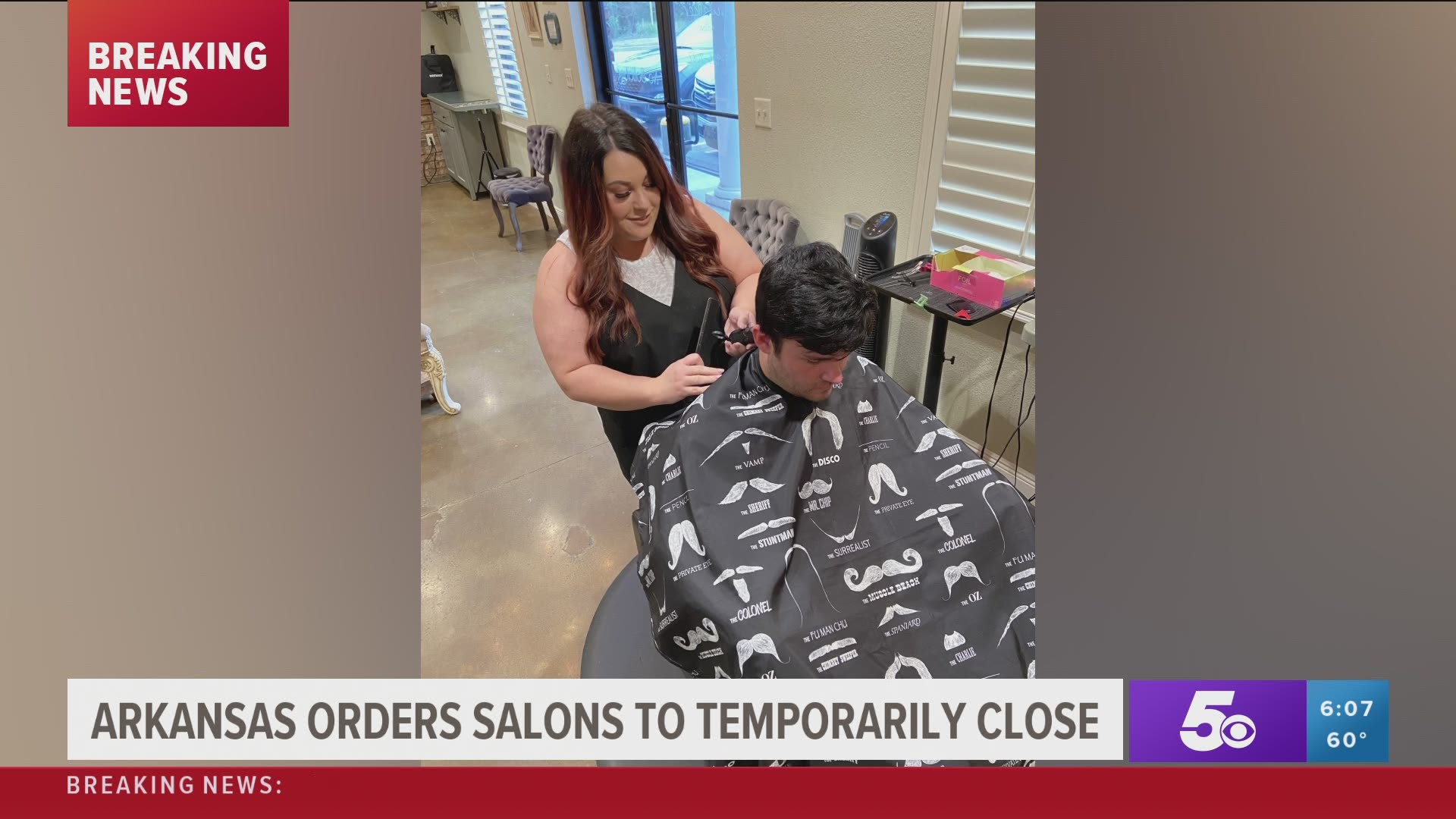 FAYETTEVILLE, Ark. — Many salons across our area made the difficult decision to temporarily close their doors before state health officials gave the order to shut down.

“It took me a week for me to decide because it was hard you know, my staff that’s their livelihood," said owner of Splurge Lounge Sanh Vining. "That’s what they depend on to feed their families and you know, it was just a really tough decision."

Vining says her top priority is the health of her eight employees and her clients.

“Some of my staff have respiratory issues anyways, so I didn’t want her to get any worse than it already was and some of the clients have health issues too and I didn’t want them to be affected by the virus,” Vining said.

Nickole Kuykendall works at J. Walker Salon in Fort Smith. She went to work today not knowing this would be the last day she gets to style for a while.

“We’re small businesses and self-employed, so if we don’t have clients in our chair, we don’t make money, there is no income, so it’s definitely going to be stressful,” Kuykendall said.

Kuykendall says thankfully her husband is still working but she knows other stylists aren’t as lucky to have that second income.

“I know some of the girls I work with, they are terrified. It’s just them and their children, so I know it’s going to be really hard on a lot of people and hopefully, we can all get through it together and help each other out as much as possible,” she said.

The Arkansas Department of Health has asked all hair/nail salons, tattoo parlors and massage clinics have now been asked to close by state health officials starting Tuesday (March 24).

RELATED: How to file for unemployment during the coronavirus pandemic