An Arkansas nurse, who traveled to New York City to help a hospital overwhelmed with COVID-19 patients, has returned home. 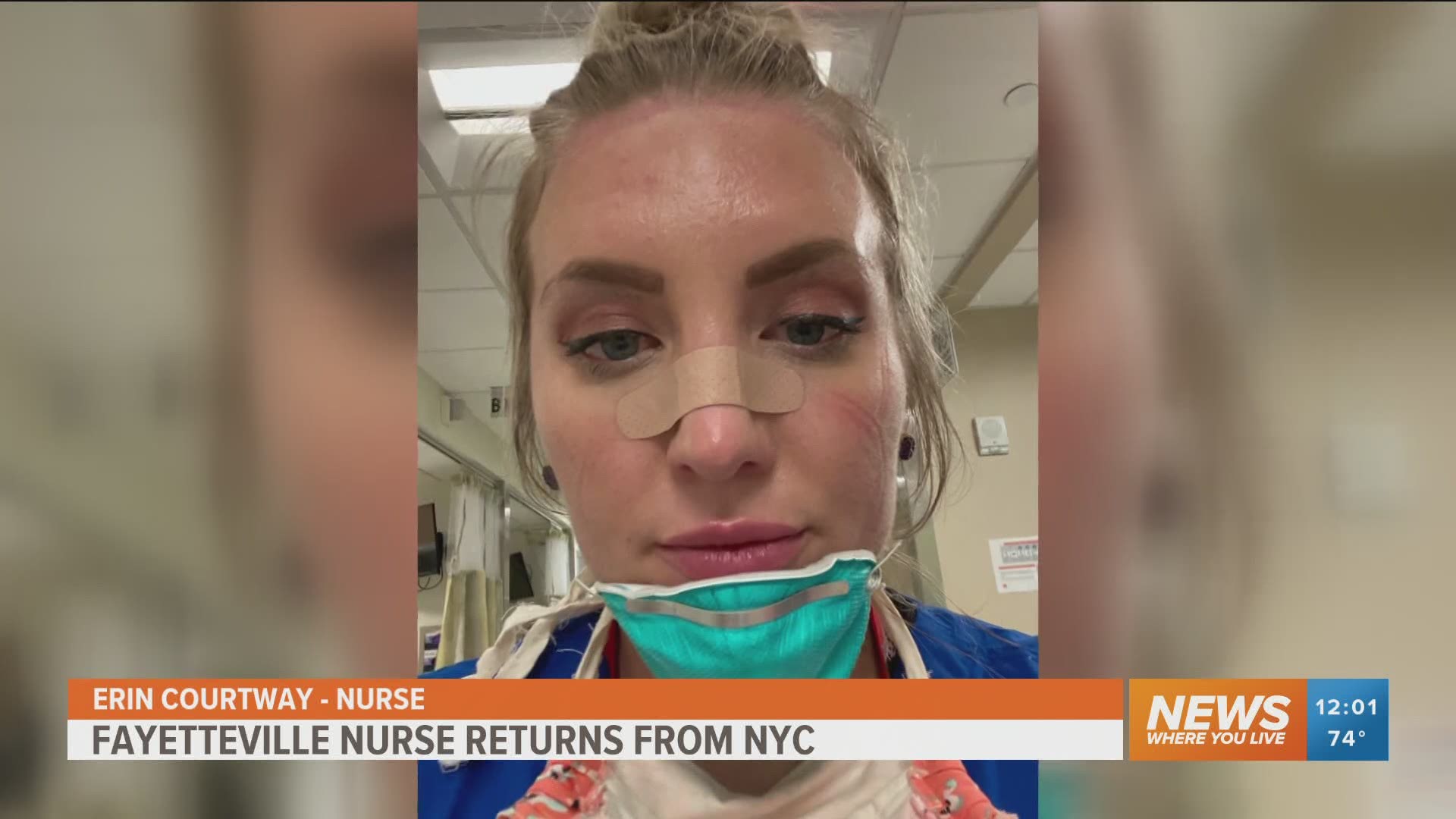 FAYETTEVILLE, Ark — An Arkansas nurse, who traveled to New York City to help a hospital overwhelmed with COVID-19 patients, has returned home.

Several weeks ago, we shared with you Erin Courtway’s story, which includes a video of her crying in the hospital bathroom on a break. The video, which was shared thousands of times, was an honest testimony of life inside the ICU.

“In that moment, when I took that video, that was for me to keep forever and remember that night; that was one of the hardest nights I had ever had,” said Erin Courtway.

In early April, the Fayetteville nurse, and mom of two, left her life in Arkansas to care for New York City.

“Some of the weeks were just grueling and everyday felt so long. it was eye-opening, but I also feel like I grew so much,” said Courtway.

Six weeks later, Courtway is back in Arkansas. Out of an abundance of caution, she is self-quarantining and anxiously waiting to reunite with her two boys.

“We Facetime every day still and have just decided that when they come to my home we are going to hug each other and kiss each other!” said Courtway.

As for her experience in New York, Courtway said she is still processing things and focusing on her mental health.

“I haven’t really reflected on things a lot because there is just too much at one time. I’m trying to process things as I’m ready,” said Courtway. “It felt like a very dark time. I hate to say that, but I felt there were moments glimmers of light that helped me get through,” said Courtway.

Some of those moments included meeting fellow nurses who Courtway said will become lifelong friends.

“There were so many people beside me and they were really brave and they didn’t complain and so when I had those moments that I wanted to complain or be negative, I was surrounded by people who were so brave and we pushed each other,” said Courtway.

At the end of the day, Courtway said she is grateful for the experience and would do it again if given the chance.

“I went with not a feeling, but a calling. God is telling me to go and I’m going to do this. I feel like I was a part of history,” said Courtway.

Courtway tested negative for COVID -19 when she first got back to Arkansas on Saturday. Out of precaution, she plans to take another test before she is reunited with her kids.

RELATED: Arkansas nurse returns to work after battle with COVID-19

RELATED: 'It was a war zone': Arkansas nurse back from Georgia gives warning