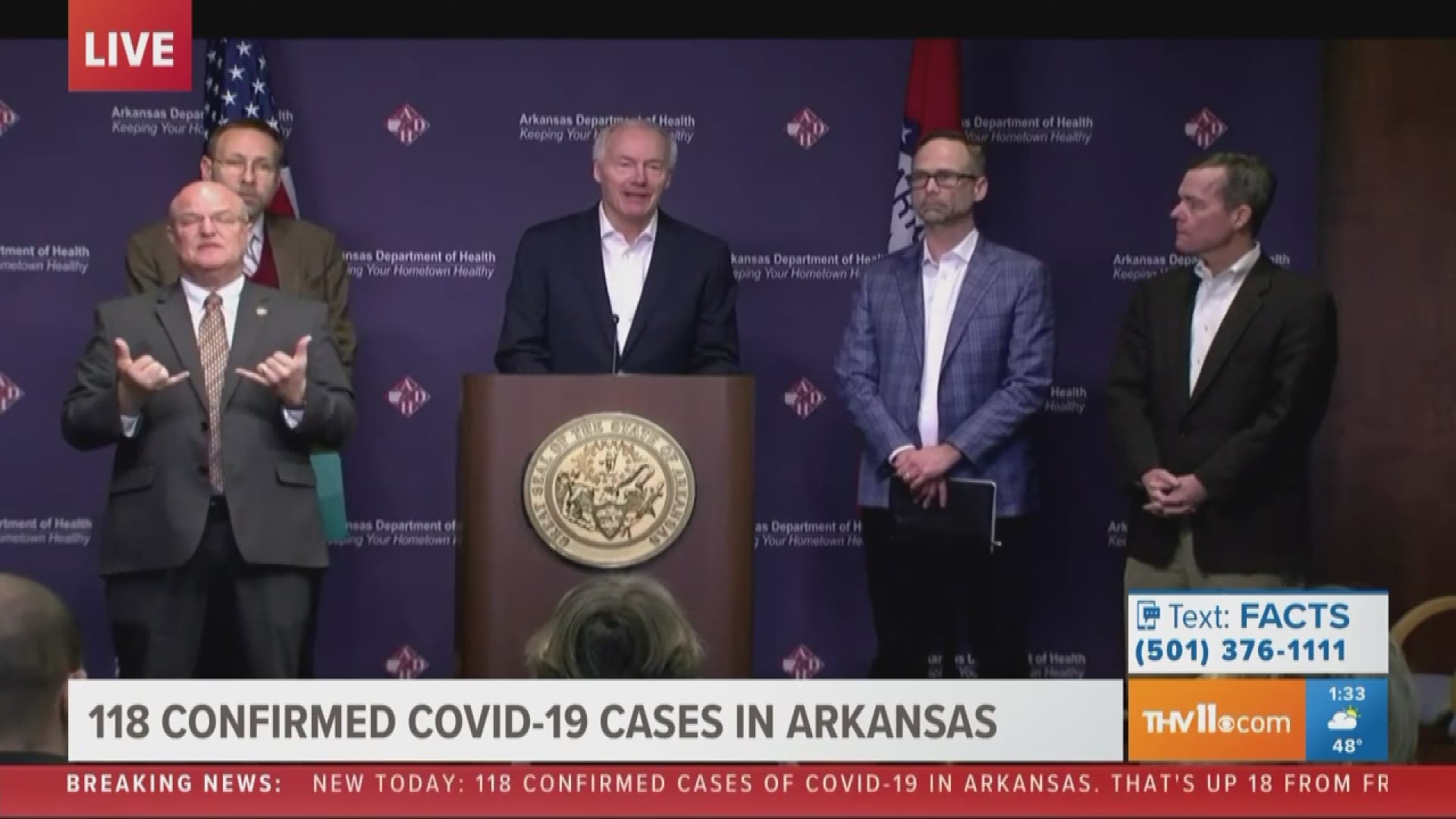 LITTLE ROCK, Ark. — In a press conference on Saturday afternoon, Governor Hutchinson said that from the looking at projections, Arkansas is likely to reach the peak of COVID-19 spread in 6 to 8 weeks.

At the peak, Arkansas is likely to see 1,119 patients hospitalized, according to Gov. Hutchinson.

The governor said this number strains the hospitals, economy, and endangers lives.

The goal is for Arkansas to flatten the peak and reduce the spread before it gets to this point. The only way to do that is with everyone's help.

The public must engage in common sense protective measures in order to be proactive; like not being in social groups larger than 10 people.

"If we are successful in this effort, as a public, as Arkansans, then we don't have to do what other states have done," Hutchinson said. "These are all hardships in which we are living under."

The governor is referring to the states that now have a shelter in place due to the spread of coronavirus.

Right now, more than 70 million people in three states -- California, New York, Illinois -- are being ordered to stay at home to try and stop the spread of coronavirus.

Gov. Hutchinson said putting a shelter in place would cease more business activity and lead to the loss of more jobs in the state. He warns the public to not let it get to that.