After nearly losing her own life to COVID-19, two of Nancy Eason's brothers have tested positive. One is battling the virus in the same hospital room she was in. 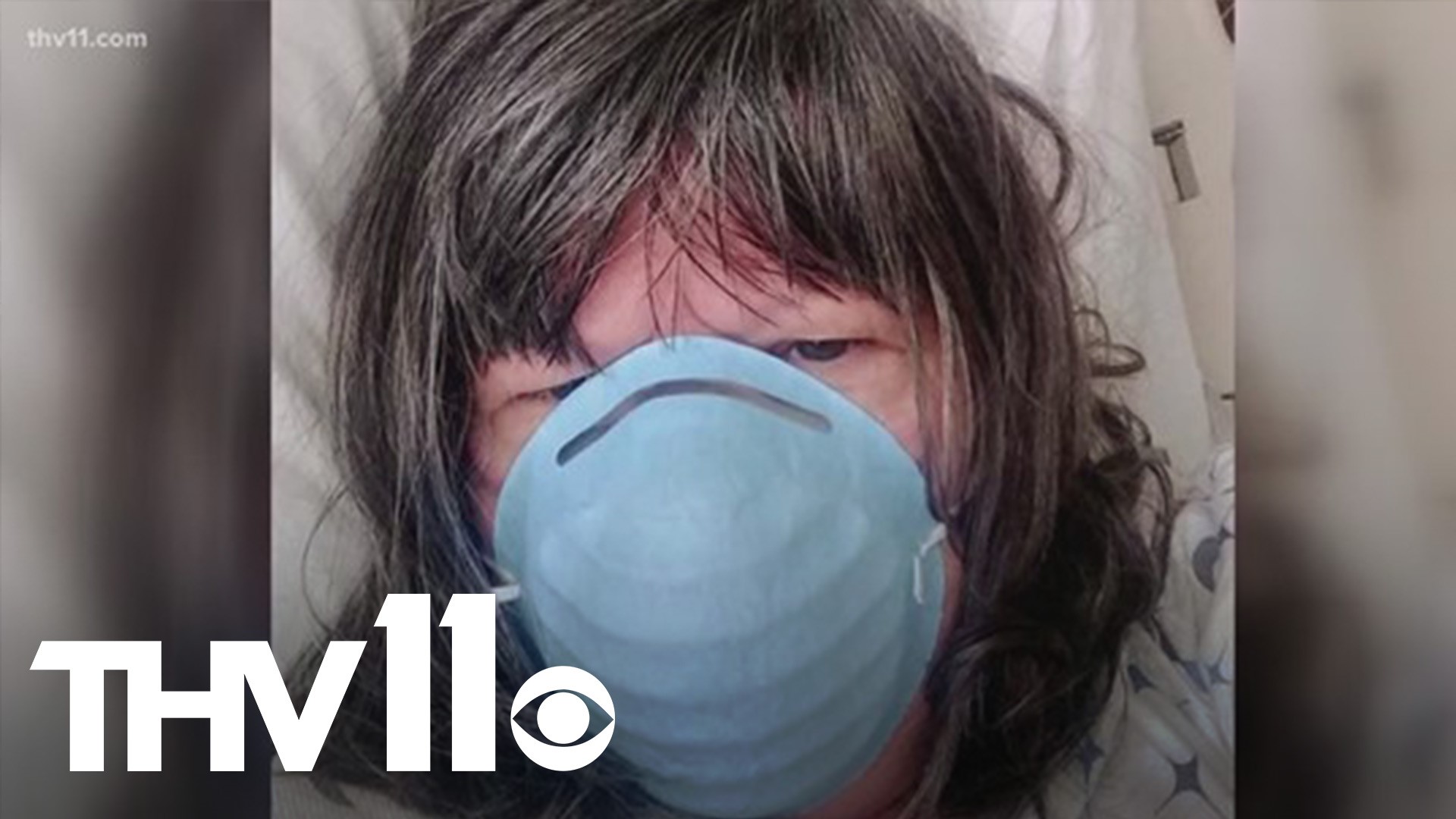 SALINE COUNTY, Ark. — A Saline County family has been hit hard by COVID-19 throughout the entire pandemic.

Just as Nancy Eason’s family thought things were going to be much calmer, another family member is fighting for his life.

“I get aggravated when people say, 'Well I’m not going to wear a mask,'” said Eason.

Eason has had her fair share of COVID-19 and takes the precautions seriously.

She was diagnosed early in the pandemic and nearly lost her life to the virus, but managed to pull through months later.

Now, two of her brothers are COVID-19 positive, and one is fighting the virus in a local hospital, which happens to be the same room Eason fought her battle.

Eason’s brother is one of many Arkansans who is on a ventilator. He’s currently being treated with convalescent plasma and Remdesivir.

Right now, the family is just hoping for a Thanksgiving miracle that their loved one will pull through.

Regardless, the holiday will look and feel much different than what they are used to.

“I had a melt down about it yesterday,” said Eason.

Every year, Eason works hard to keep the Thanksgiving festivities alive in honor of her parents who passed away several years ago.

But this year, everyone will be quarantined and alone.

“I asked my sister-in-law if she wanted me to pick us up a turkey dinner from Cracker Barrel and she said 'No, I’m just not hungry,'” said Eason. “I said, 'I know, I know,' because it’s just not the same.”

So when you complain about wearing a mask, Eason wants you to think of her family, and how COVID-19 could also hurt yours.

“You know what, it’s better than nothing and it helps protect someone else,” said Eason.