Arkansas will extend the mask mandate for 30 days, which will be lifted if COVID-19 positivity rate and hospitalizations decrease. 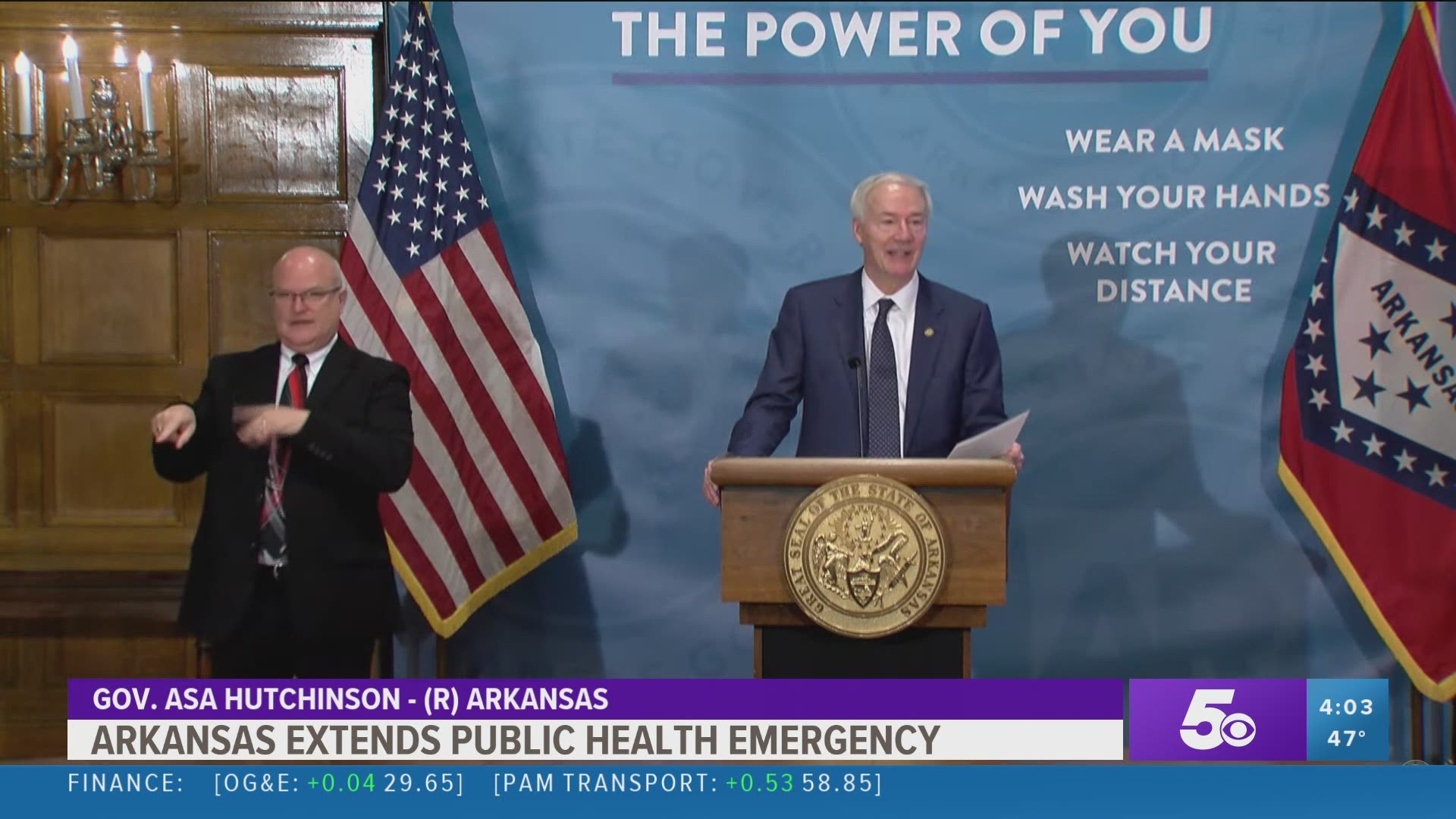 The emergency extension will include executive orders such as tele-health, business protection, remote learning and more.

Hutchinson also announced that the mask mandate will be extended until March 31 and will end if positivity remains below 10% with at least 7,500 daily average tests.

If the testing is below that number, Hutchinson said that when the state hits less than 750 hospitalizations for the virus, he will bring an end to the mask mandate.

The governor also announced that all public health directives will be changed to public health guidelines. Hutchinson said while a directive is a mandate, guidance is a strong recommendation.

The limits being lifted include capacity limits for bars, restaurants, gyms and large venues. Hutchinson left open the possibility of reinstating the restrictions if there's another surge in cases.

In regards to schools, Hutchinson said mask mandates will remain in place at the discretion of local school boards. Events like prom, sports and graduation can be held, but that quarantine requirement won't change.

Arkansas has recently seen a drop in new cases and hospitalizations. Arkansas as of Thursday had a test positivity rate of about 10%. The state on Thursday reported 522 patients hospitalized because of COVID-19.