5NEWS caught up with bar owners to get their mixed reactions about Governor Asa Hutchinson's announcements on Friday. 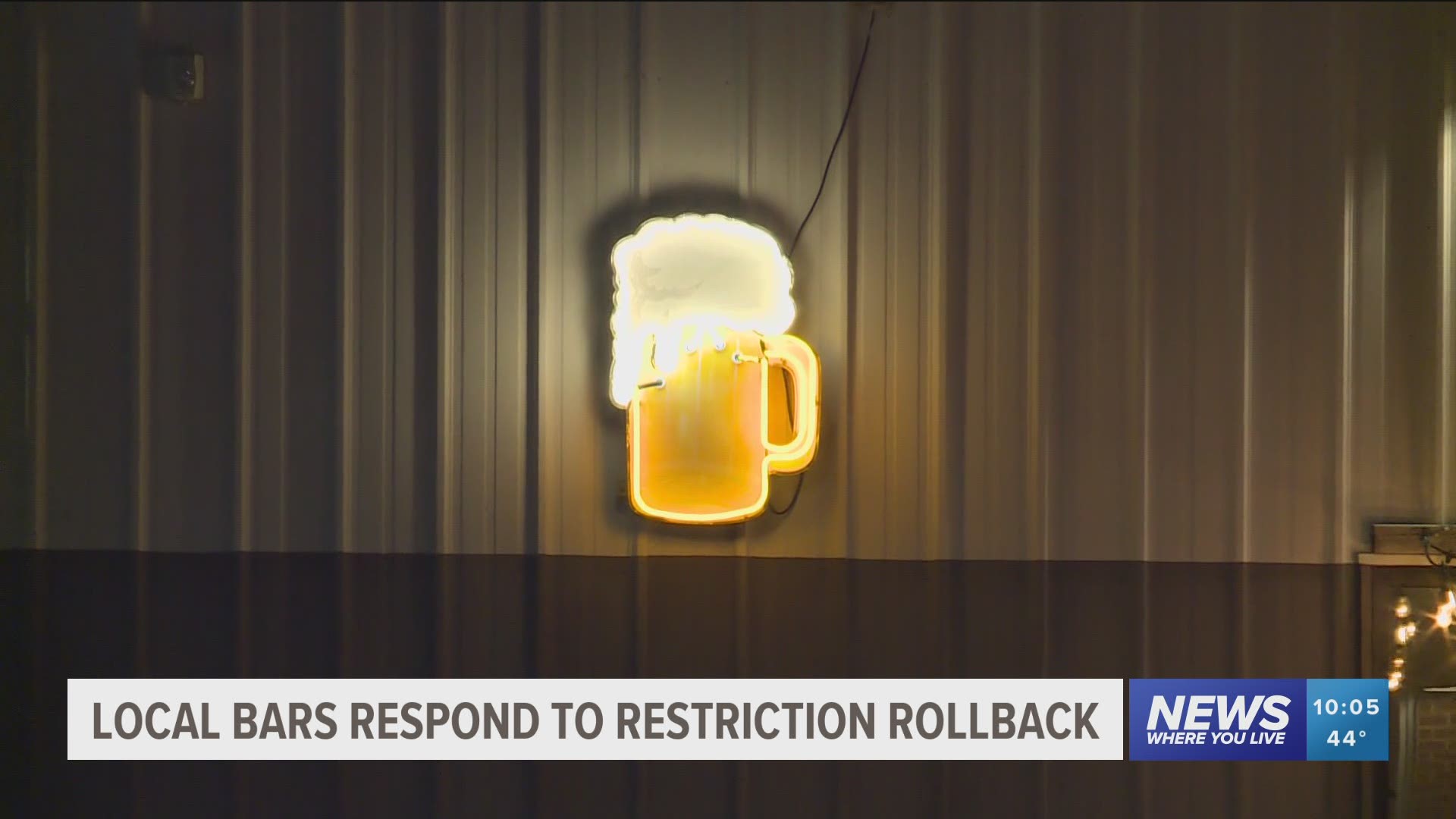 FAYETTEVILLE, Ark. — Arkansas Governor Asa Hutchinson made some big announcements on Friday concerning COVID-19 restrictions in the state. One of them being the current health directives now become only guidelines for Arkansans if COVID-19 numbers continue to follow the downwards trend.

The change means capacity limits would be lifted for restaurants, bars, gyms and large venues.

5NEWS caught up with bar owners to get their mixed reactions about the news. Some were excited about the directives now becoming recommendations. Others were confused with how they are supposed to keep patrons from following those recommendations if they are no longer mandated.

“We’ve had a lot of customers think that because the restrictions are now guidelines that we don’t have to follow them anymore, which is definitely not the case, so a lot of us are scrambling trying to figure out how to perceive going forward," Bo Counts said.

With hospitality workers towards the bottom of the list to get vaccinated, Bo Counts, the owner of Pinpoint Bar in Fayetteville, expressed his concern with Hutchinson's announcement.

“Argue with customers about how to be socially distanced and how to wear your mask and how to do all that stuff properly, and now if there’s not a state mandate we can lean back to, I foresee people coming in and saying why do I have to do these things since it’s not a mandate anymore," Counts said.

Right now, Counts says his bar will continue with capacity as is until they can figure out a plan.

“My fire code is 270 in my establishment, and right now, we pretty much limit it to 45-50 people," he said. "There’s a lot of things that we have to prepare for in advance that we are simply not ready for going in for a weekend.”

Down the street, Aaron Schauer, owner of The Piano Bar, told 5NEWS today he felt a sigh of relief.

“When he decided to turn those directives into guidance which came later in the press conference, I stood up and did a little dance in my living room," he said.

The biggest concern Schauer is glad to come to an end is the fear of fines, something his bar faced in the past.

“It’s a huge load off of our shoulders that somebody isn’t watching us behind our back coming in to fine us just in case a customer decides not to do something," Schauer said.

Hutchinson said the health department would continue to monitor positive test rates and hospitalization rates to see if Arkansas stays on track.

You can watch Governor Asa Hutchinson's full press conference from Friday below: