Arkansans struggle to file for unemployment

Governor Asa Hutchinson says about 8,000 to 10,000 Arkansans are trying to complete the unemployment process. 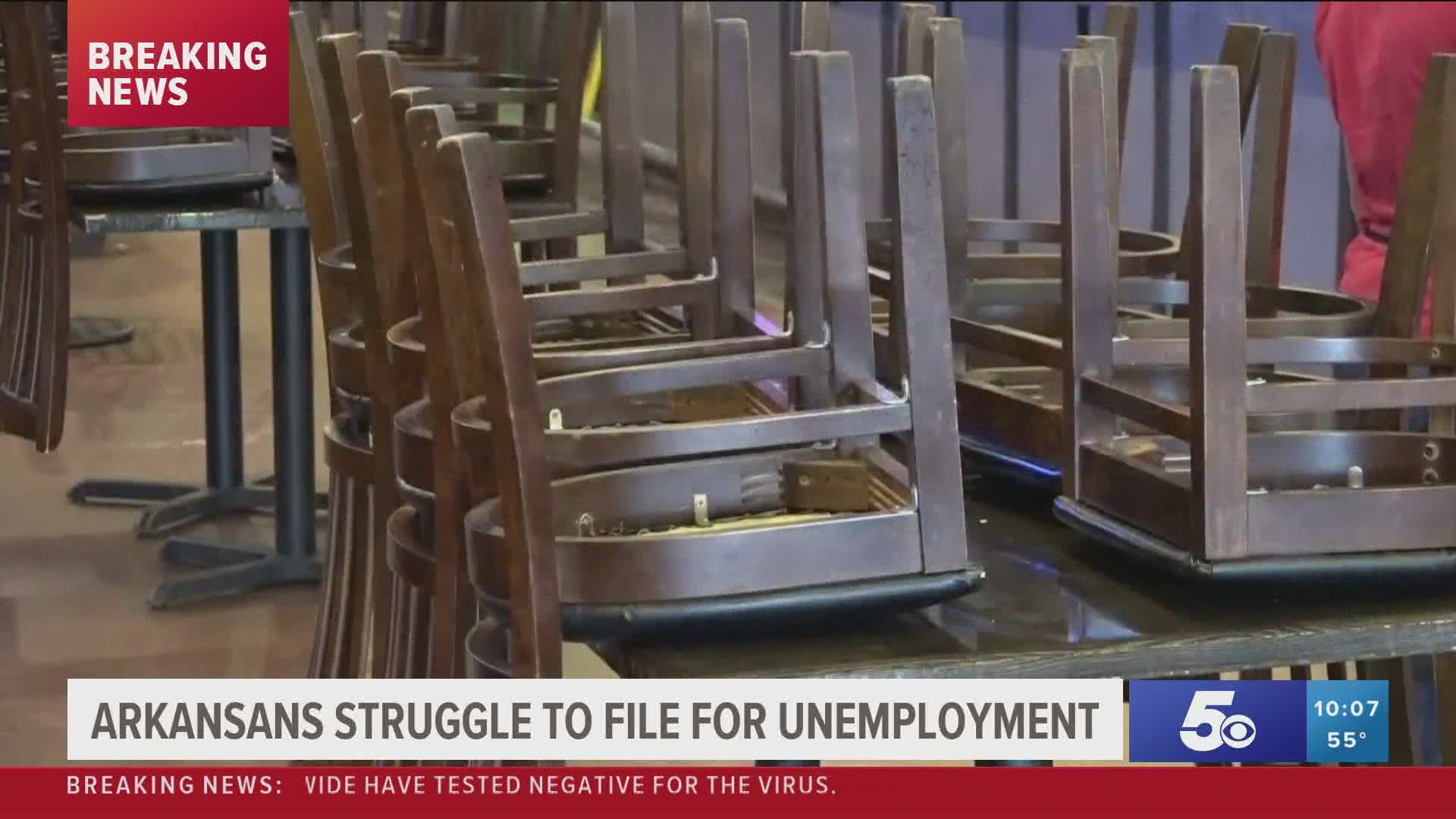 FAYETTEVILLE, Ark. — Between busy phone lines, website errors and long lines, filing for unemployment during the coronavirus pandemic has caused headaches for many Arkansans.

For some people, the process has been simple, a quick online form or dropping off a piece of paper at the local unemployment office.

For others, trying to get benefits after being laid off has turned into a waiting game as the bills continue to pile up.

Heather Bray is a mom of four and lost her job as a waitress in Rogers this past week.

“Nobody was expecting it, even if the unemployment does go through it's probably not going to be enough to pay my bills anyways,” Bray said.

Michelle Oakes' husband was laid off in Van Buren and they have a full house as well.

“Paying for the internet because now I have two kids I have to home school,” Oakes said.

Both families began filing immediately to try to get some support, but from a safe social distance away, they were met with dead-ends at the unemployment office.

“Then all of a sudden the line went dead and I was at that point not going to bother calling back,” Oakes said.

Both said they tried going up to the buildings but were met with a dropbox, long lines, a pamphlet and no one to answer questions.

“And I couldn’t get anybody on the website, its crashed and the phone lines crashed,” Bray said.

Finally, through a "contact for help" button, Bray was able to get in touch with an associate who walked her through the process. She's still in the processing period but says she's still trying to find work as soon as possible because in her situation, there's no time to wait.

“I would like to stay home because this is scary but you can’t just lose everything like your house and your car, so it's tough,” Bray said.

Governor Asa Hutchinson says about 8,000 to 10,000 Arkansans are trying to complete the unemployment process.

Oakes says she understands the bumps in the road, but for her, she says she'll be okay. It's the less fortunate that she worries about.

“I'm lucky I have some of my stuff caught up and I do have a support system, but there is a lot of people out there that do not have the support system I have and that’s who I am worried about,” Oakes said.

Click here for a step by step process on how you can file for unemployment.