Arkansans frustrated with filing for unemployment

The governor says just this morning 700 people filed for unemployment after many people across our state who have been laid off because of covid-19. 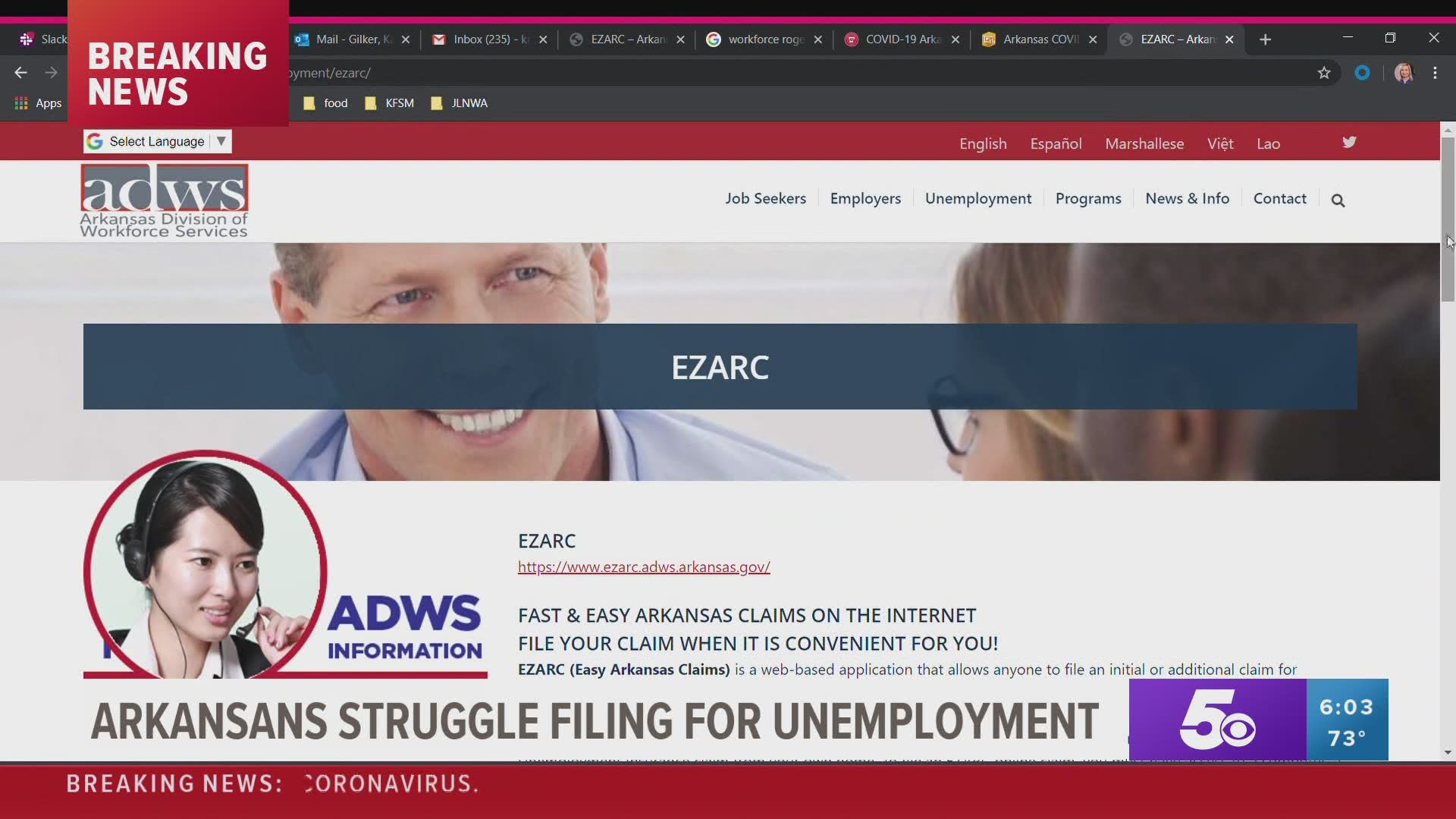 FAYETTEVILLE, Ark. — Governor Asa Hutchinson says just this morning 700 people filed for unemployment after many people across our state who have been laid off because of COVID-19, but a lot of those people are having problems filing for unemployment.

Daniel worked at a Fayetteville hotel until Monday (March 16). He was able to file for unemployment online but he says it took several attempts because the website kept on crashing. That was last week, and he says he still hasn’t gotten his check.

“I understand their system is overwhelmed right now, but at least let us know what’s going on," Daniel said. "They said nobody should have to wait a week to receive their money and it’s been over ten days."

Governor Hutchinson says 700 Arkansans filed for unemployment Wednesday (March 25) morning and so far this week 8,000 claims have been filed compared to a total of 9,000 last week. He asks for people to be patient because they’ve never had this many people filing claims at once.

Les Masterson was laid off from Golden Corral after the restaurant was forced to shut down. He says he called the Arkansas Workforce Services on Friday (March 30) to only get a busy signal and the website was crashing.

“I waited until Monday morning, handed in my paper application that I printed off online and was going to ask questions and they said no here is a book, read the book and then try again later,” he said.

Masterson finally was able to fill out the online application, but then it said you have to call the office within three days to finish the application and all he is getting is a busy signal.

The Arkansas Division of Workforce Services released the following statement on Twitter:

"If you submitted your claim and it was received but NOT processed because of a need for additional information, please call 1-844-908-2178 from 8am-3:30pm M-F to provide the information needed. We have extended the time to call and provide information from 3 to 7 business days."

RELATED: How to file for unemployment in Arkansas if your job is affected by coronavirus