Now that a judge has ruled that Arkansas must re-enroll in the federal pandemic assistance program, will unemployed Arkansans soon see more benefits? 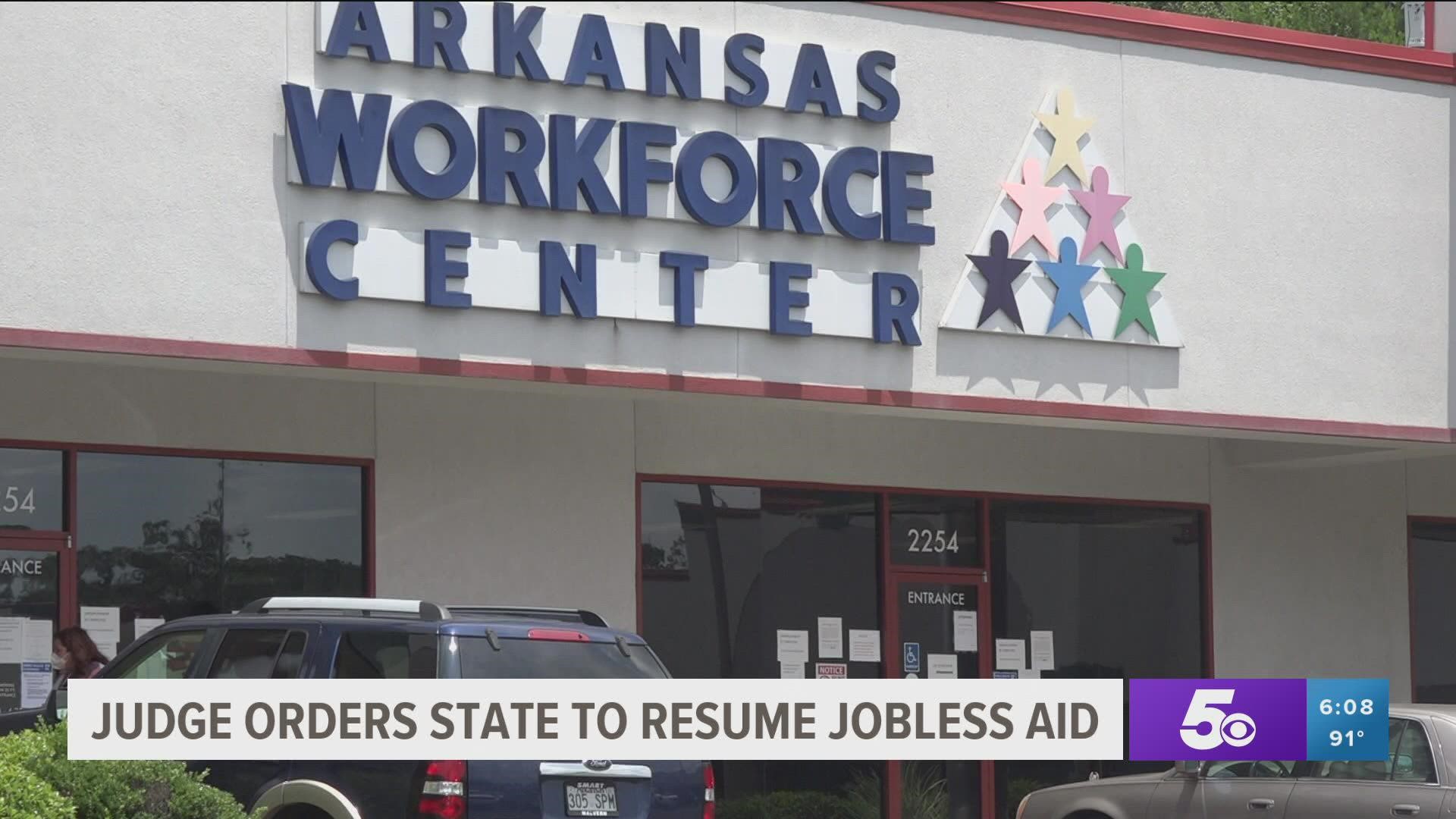 ARKANSAS, USA — Pandemic unemployment benefits may be making a come back in the Natural State. A federal judge ruled that Arkansas will re-enroll in the federal pandemic assistance program, which means the extra $300 in unemployment will begin again. The question is, when can people in Arkansas expect to see these funds roll into their bank accounts. As of right now, there's no clear answer.

Back in June, Arkansas Gov. Asa Hutchinson opted out of the benefits renewal program. Those benefits were originally supposed to end in September. The governor pulled out in hopes that Arkansans would return to the workforce and push through the struggles from the pandemic.

On Thursday, July 29, a federal judge in Pulaski County ruled in favor of reentering the assistance program. Some experts are saying this money is critical.

“I mean, you know our five plaintiffs are just five folks out of 7000, but they kind of show how difficult everything is for people right now. I mean, folks can't pay their rent and are facing eviction," Kevin De Liban with Legal Aid of Arkansas, the law firm that filed the suit against Gov. Hutchinson. "The nationwide eviction moratorium expires this weekend which means that evictions are going to be moving forward very quickly here. People can't afford enough food. They can't afford to keep their lights on and keep the air on.”

As of right now, Arkansas has not taken a course of action towards redistributing extra unemployment funds. And retroactive benefits will not be guaranteed.

Arkansas has filed an appeal on the judge's decision to reinstate the funds.