The Arkansas Senate advances three bills that protect Arkansans who refuse to take the COVID-19 vaccine. 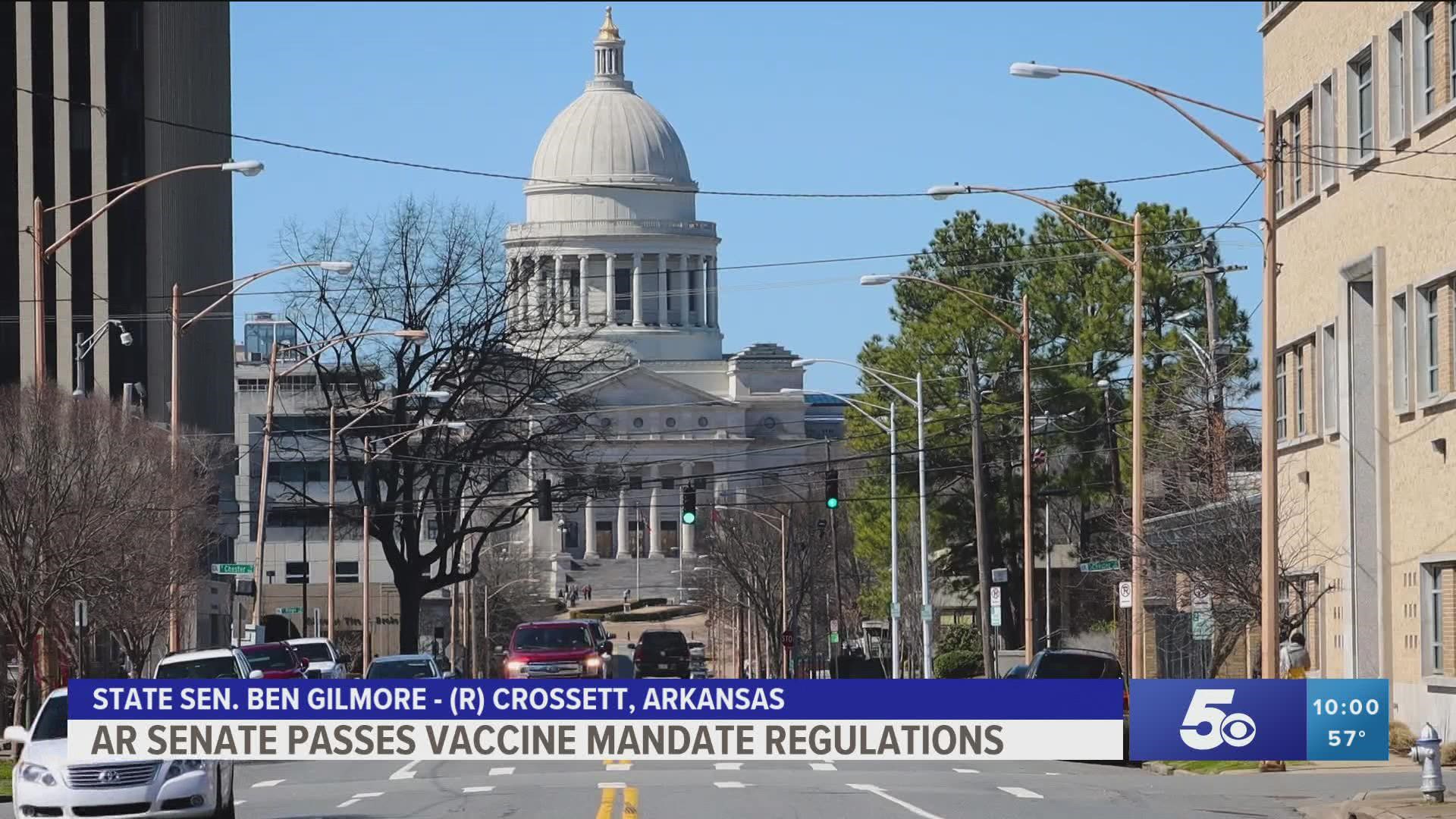 The Arkansas Senate is working against COVID-19 vaccine mandates by passing three bills to exempt Arkansas employees from the vaccine.

In addition, these measures would provide financial support for unvaccinated employees.

The three bills will make their way to the house after some debate. One side fighting for what they say is a public safety matter, while the other is fighting for personal choice and not to be forced into getting the vaccine.

He says it’s his job to fight for the freedom of choice for all Arkansans.

Senator Joyce Elliot says this is a public health matter.

“There are two sides to this,” Senator Elliot said. “It’s not a one-sided thing, I don’t consider them equivalent, but there are two."

“Benjamin Franklin said, ‘any society that would give up a little liberty to gain temporary security would deserve neither and lose both,'” said Senator Jason Rapert while on the Senate chamber floor. He voted for all three bills to be passed.

“Maintain the social contract that we used to have with each other. This is a contractor says there’s something about the common good,” said Senator Elliot, saying the mandate is to help with a public health issue.

Senate Bill 730 is asking for the state to give unemployment benefits to those terminated for not getting the COVID-19 vaccine. The bill passed in a vote of 20 to 13 with two senators choosing to abstain from voting.

Senate Bill 732 is attempting to make it illegal in Arkansas for anyone to require a person to get the COVID-19 vaccine. The bill says if this happens in a business setting and a person loses their job for not getting vaccinated, that business would owe the employee reimbursements for their lost wages. That bill passed in a vote of 21 to 11 with three senators choosing to abstain.

“It’s trying to give some protection to individuals workers, individual employees who are being told or mandated by both their employer and the federal government to get the COVID-19 vaccine,” Senator Gilmore said.

Senate Bill 739 would allow employees to be exempt from mandates by either proving they have built antibodies to fight the virus or by providing a weekly negative COVID test.

“If you are in an environment and you are not vaccinated, you would be required to take a test,” said Ken Hammer. “In order to provide to the employer and those you’re working around the assurances that you are not a carrier of the virus."

Senator Elliot says these bills are not protecting Arkansans nor helping those who have been vaccinated against the virus.

“I want to say something on behalf of the person who has to go to the doctor, has to go to the hospital and you have to be treated by some doctor, some nurse or whoever who has chosen not to be vaccinated. Those people matter too,” Senator Elliot said.

While each bill passed in the senate, the emergency clause failed, leaving no timeline of when it could go into effect. The bills now head to the house for a vote.

RELATED: No, you cannot inhale or ingest hydrogen peroxide to treat COVID-19