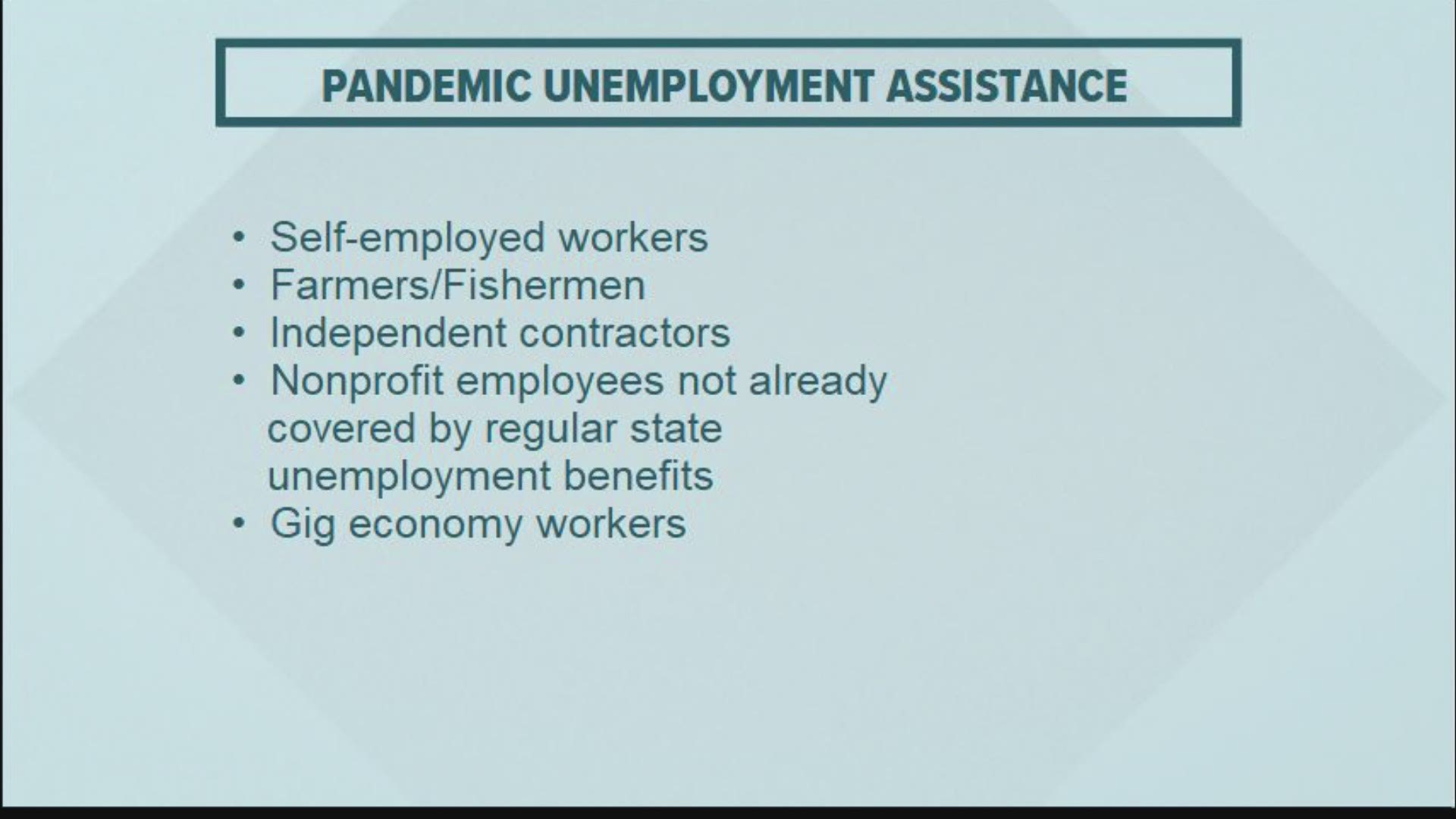 AUGUSTA, Maine — Last week, about 7,400 new people in Maine filed for unemployment benefits. This is the lowest number of initial claims in the last six weeks, but the level remains historically high as the coronavirus pandemic continues.

In total, nearly 73,000 people filed their weekly certification, and the Maine Department of Labor (DOL) paid out $59.7 million in unemployment benefits for the week ending April 25. This included payments of the weekly additional $600 created by the Federal Pandemic Unemployment Compensation program.

Since March 15, the Maine DOL said it has paid over $200 million in benefits to eligible Mainers.

“Initial unemployment claims have now declined for three consecutive weeks. While we expect a surge in new claims later this week, this is due to the implementation of the federal Pandemic Unemployment Assistance (PUA) program, not an indication that additional people are losing their employment,” Maine DOL Commissioner Laura Fortman said. “The PUA program was created to be a strong stabilizing force for those not typically eligible for unemployment benefits.”

Continued claims for the week totaled 72,900, the highest number on record and more than twice the peak number in early 2009 during the last recession. Continued claims are up from 66,500 the prior week.

According to the Maine DOL, the largest number of claims in the six weeks were in food services and lodging, healthcare and social assistance, retail trade, manufacturing, and entertainment and recreation sectors.

There have been about 108,500 initial claims in the past six weeks (from March 15 to April 25), matching the total for the previous 147 weeks through March 14 (nearly three years).

The Maine DOL will begin accepting applications for the new Pandemic Unemployment Assistance (PUA) at 8 a.m. on Friday, May 1. People whose claim does not require further review should begin receiving benefits within seven days of filing.

Pandemic Unemployment Assistance is a new federal program which expanded eligibility for unemployment benefits to certain categories of workers not typically able to receive unemployment in the past, such as:

RELATED: If you lost your job due to coronavirus COVID-19, here's how to file for unemployment in Maine

To share information about how the PUA program will work, the Maine DOL has scheduled Zoom presentations on Wed., April 29 and Thurs., April 30. if you plan to attend: plan to attend one to learn how the program works, using the specific Zoom links below. If you don't have Zoom app installed on your phone, you can find it for iOS and for Android:

RELATED: 'We have to stop the bleeding': Business owner says Maine economy will be a disaster if more can't open during coronavirus, COVID-19