After hearing about a family member testing positive for the virus, the Cowgurs took action to get themselves and their baby Magnolia tested. 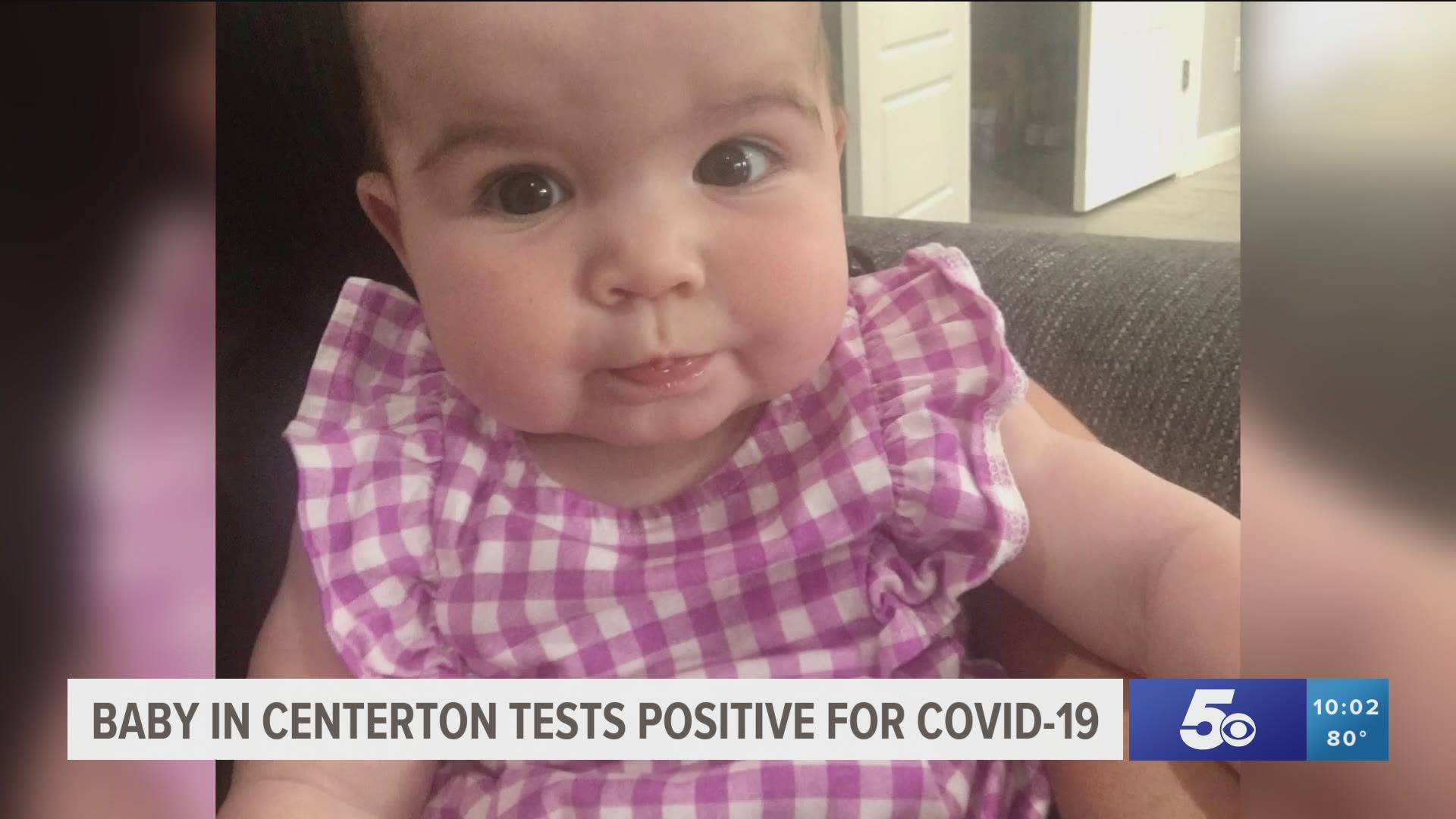 CENTERTON, Ark. — One Centerton family is praying no symptoms arise tonight after their 5-month-old baby girl tested positive for COVID-19.

After hearing about a family member testing positive for the virus, the Cowgurs took action to get themselves and their baby Magnolia tested.

The couple also has a 5-year-old daughter, Paisley, and they didn't want to take any chances.

"We have been told this can go from okay to bad very quickly,” said Miranda Cowgur, Magnolia's mother.

Miranda says they've been keeping a close watch on Magnolia's pulse and her breathing. They found out she had tested positive on Sunday (July 12).

They took Magnolia to get tested the day before she began having diarrhea and unusual fits.

“I’m talking like screaming episodes for like an hour and I knew something was off,” Miranda said.

Two weeks ago the family had a small party at their home in Centerton. It included other immediate family members that they had been seeing occasionally for the past couple of months.

Days after the party one family member tested positive for the virus.

“There’s so much unknown you could walk around with symptoms that are sinuses or scratchy throat, some things that we normally take for granted and they can be the onset of COVID,” Justin Cowgurs said.

The Cowgurs have been in contact with Magnolia's pediatrician and say for now they are just on stand by for any worst-case scenario.

There is no treatment for her, so Miranda says it's best to listen to the doctor's advice and wishes more people would do the same.

“If it was a cancer diagnosis you’re going to listen to the experts well why aren't we listening to experts right now,” Miranda said.

RELATED: Coronavirus under control in 8 weeks if everyone wears masks, CDC director says