The school board is appealing the judge's decision that they cannot impose face mask mandates on students. 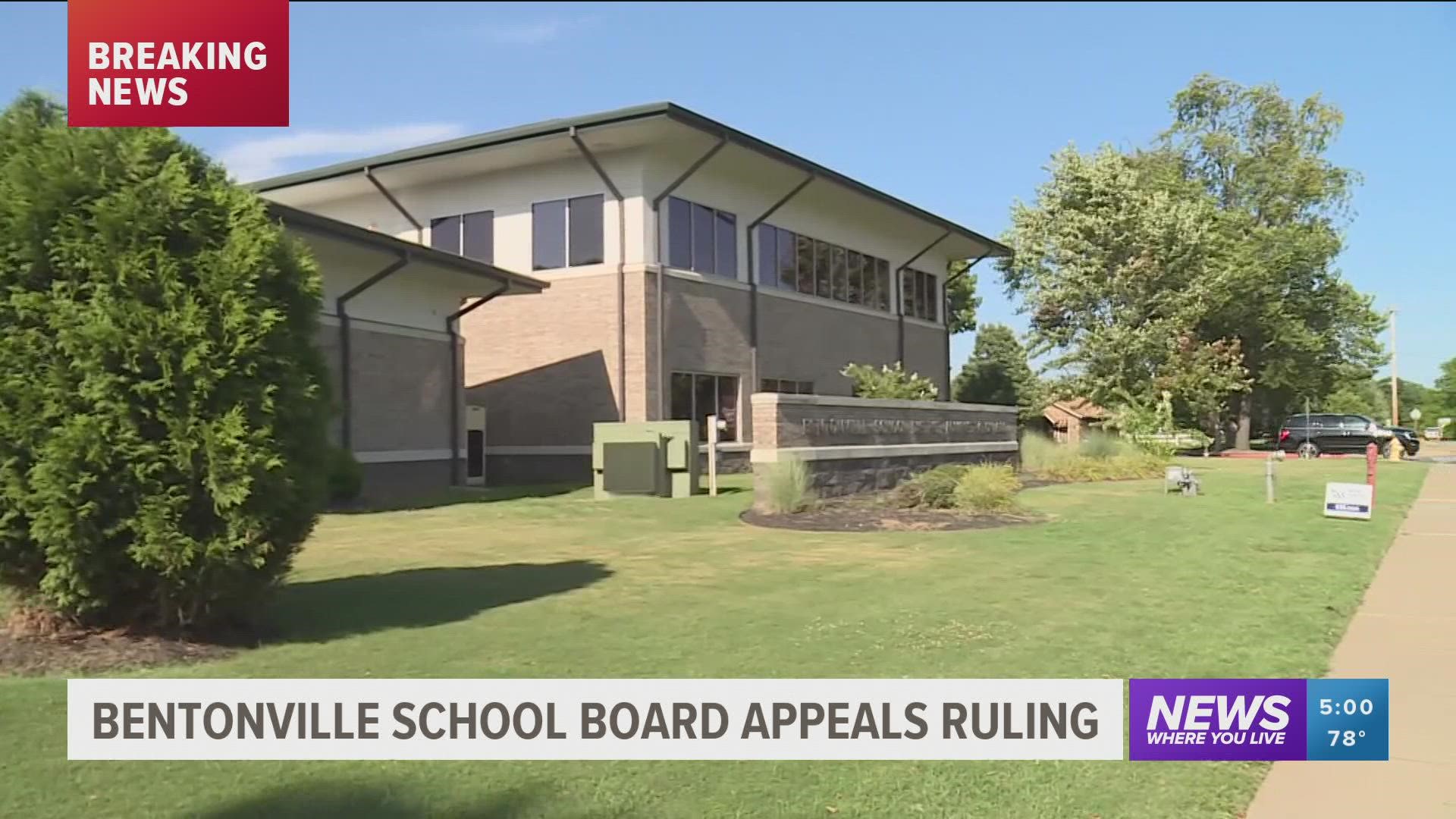 BENTONVILLE, Ark. — The Bentonville Schools Board of Education has appealed a recent injunction that states school boards do not possess the authority to issue mandates for face masks.

The publicly elected school board members say they believe the precedent set by Benton County Judge Xollie Duncan "undermines a school board’s authority to keep students safe in a myriad of situations."

Judge Duncan ruled that the Bentonville School District violated parents' constitutional rights by mandating students wear face coverings during the COVID-19 pandemic, leading to the mandate being temporarily blocked by a restraining order.

Duncan's verdict stems from a lawsuit a group of parents of Bentonville students filed back in August. The case was dismissed in federal court and refiled in the Benton County Circuit Court.

“This isn't about face coverings. Some members of this board voted against
the face covering mandate for Bentonville Schools,” said Eric White, President of the Bentonville Schools Board. “But we’re committed in our belief that a school board must be in a position to determine policy and procedures without having those decisions voided any time an individual disagrees.”

“School board members are elected to act in the best interest of a school district,” said Bentonville Superintendent Debbie Jones. “This ruling allows a group of parents to challenge any decision simply because it doesn’t make sense for their families. The reality is a district must operate with all students in mind."

The board meets on the third Tuesday of every month with the next meeting
scheduled for Oct. 19.