Since September 29, 2019, 24,200 positive influenza tests have been reported to the Arkansas Department of Health. 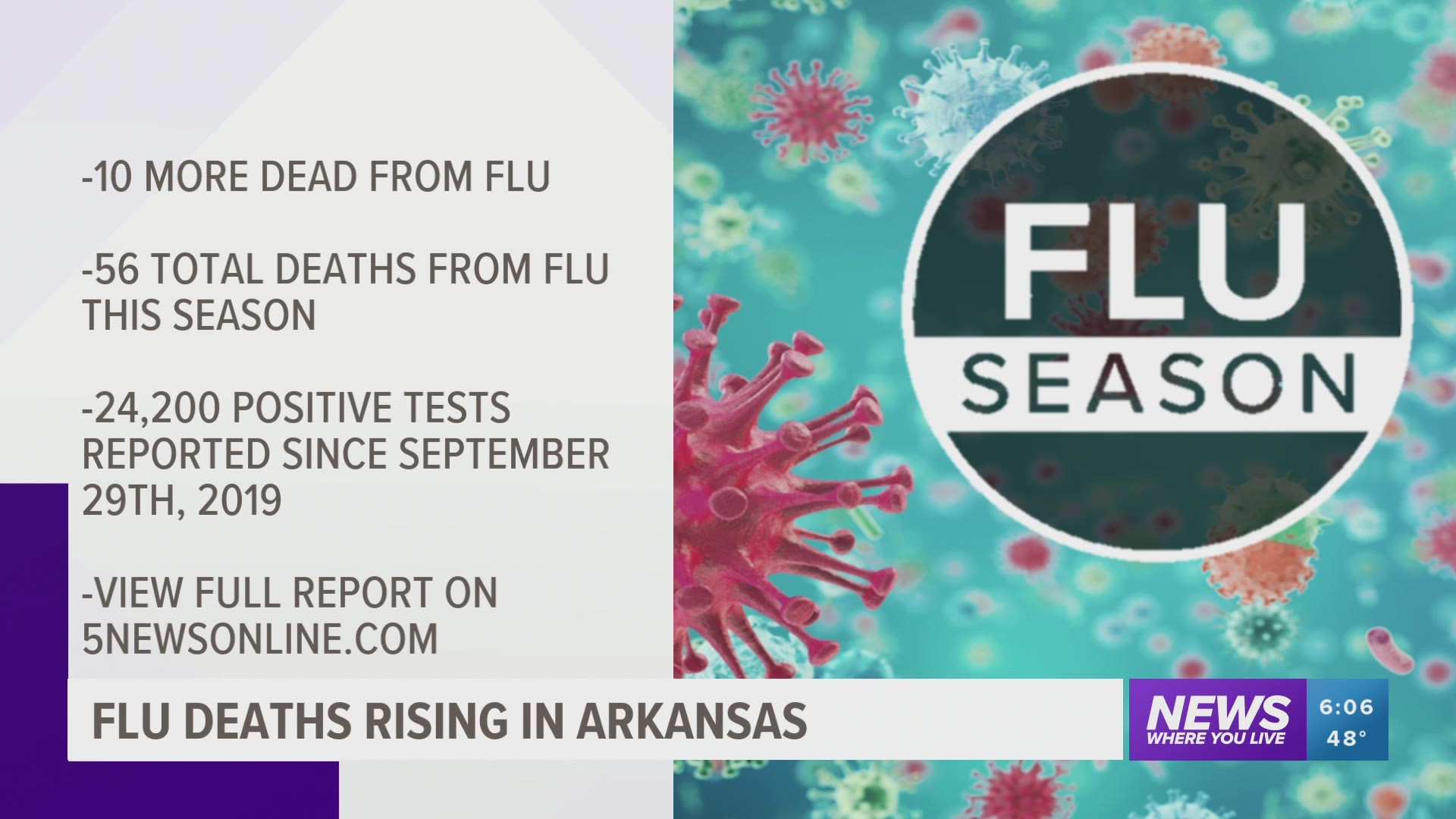 LITTLE ROCK, Ark. — 10 more Arkansans have died due to flu-related illnesses in the last week, bringing the total to 56 for this flu season.

The Arkansas Department of Health (ADH) does not release the victim’s name, description, or where they were from.

Since September 29, 2019, 24,200 positive influenza tests have been reported to the ADH online database by health care providers, with over 2,470 positive tests reported this week.

The ADH reports “widespread” flu activity across the state with “high” intensity.

The CDC estimates a total of 14,000 flu deaths have occurred nationwide, including 92 pediatric deaths reported this season. One pediatric death has been reported in Arkansas.

Nationally, the proportion of deaths reported to the National Center for Health Statistics attributed to pneumonia and influenza (P&I) remains below the epidemic threshold, according to the ADH.

The average school absenteeism rate in Arkansas last week was 7.5 percent among public schools. As of February 18, 2020, the ADH is aware of 38 schools/districts that closed briefly due to the flu this season.

You can view weekly flu reports from the ADH by following this link.