GREENWOOD, Ark. (KFSM) — A new project aimed at alleviating traffic could be coming to the city of Greenwood soon. It’s all up to a special bond election ... 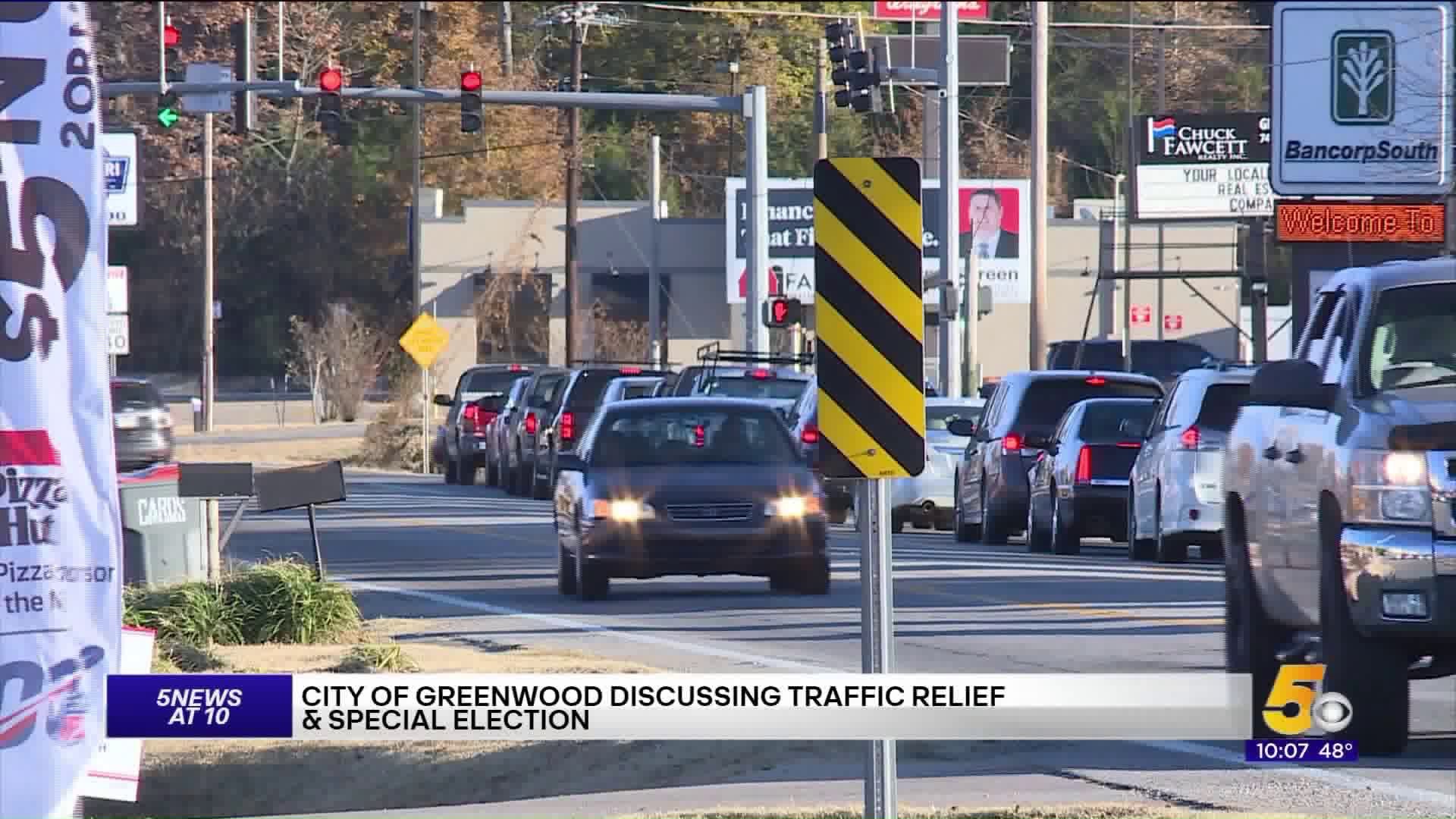 GREENWOOD, Ark. (KFSM) — A new project aimed at alleviating traffic could be coming to the city of Greenwood soon. It's all up to a special bond election on Dec. 10.

A town hall meeting was held on Tuesday (Nov. 19) for any residents who had concerns or questions about the plan.

"I’ve lived in Greenwood all my life and probably for the last 30 years, it’s been discussed what to do about the traffic and how to take care of it," said Mayor Doug Kinslow.

The second phase of the project calls for widening about two miles of Arkansas 10 between Coker Street and U.S. 71.

The purpose of this infrastructure would be to reduce traffic congestion and improve public safety, which Mayor Kinslow says has gotten worse over the years.

“Traffic issues are related to obviously school traffic mornings and in the afternoons. But just as important as that we have a stretch of highway that has two bridges on it and if we ever lost a bridge and traffic was backed up it would be a 60 mile trip around the way to get emergency service to that side of town,” Kinslow said.

Many Greenwood residents attended the meeting and asked questions as well as voicing their concerns about the project. Charles Phillips was one of them.

“The intersection of 96 whether it would be an overpass or a stoplight, possibly creating more congestion and then also when you get down to Pink Bud Nursing Home and from there to Highway 10, those people could be bought out and lost their properties,” Phillips said.

Even with those doubts, Phillips says he's still on board with the plan.

The project is set to cost around $33 million and will take about two to three years to complete.

Mayor Kinslow says it would not require a new tax but an extension of an existing tax to pay for the project.