GRAVETTE, Ark. (KFSM) — A woman who jumped from the second floor of her burning home in Gravette shared her story with 5NEWS. It’s believed the fire start... 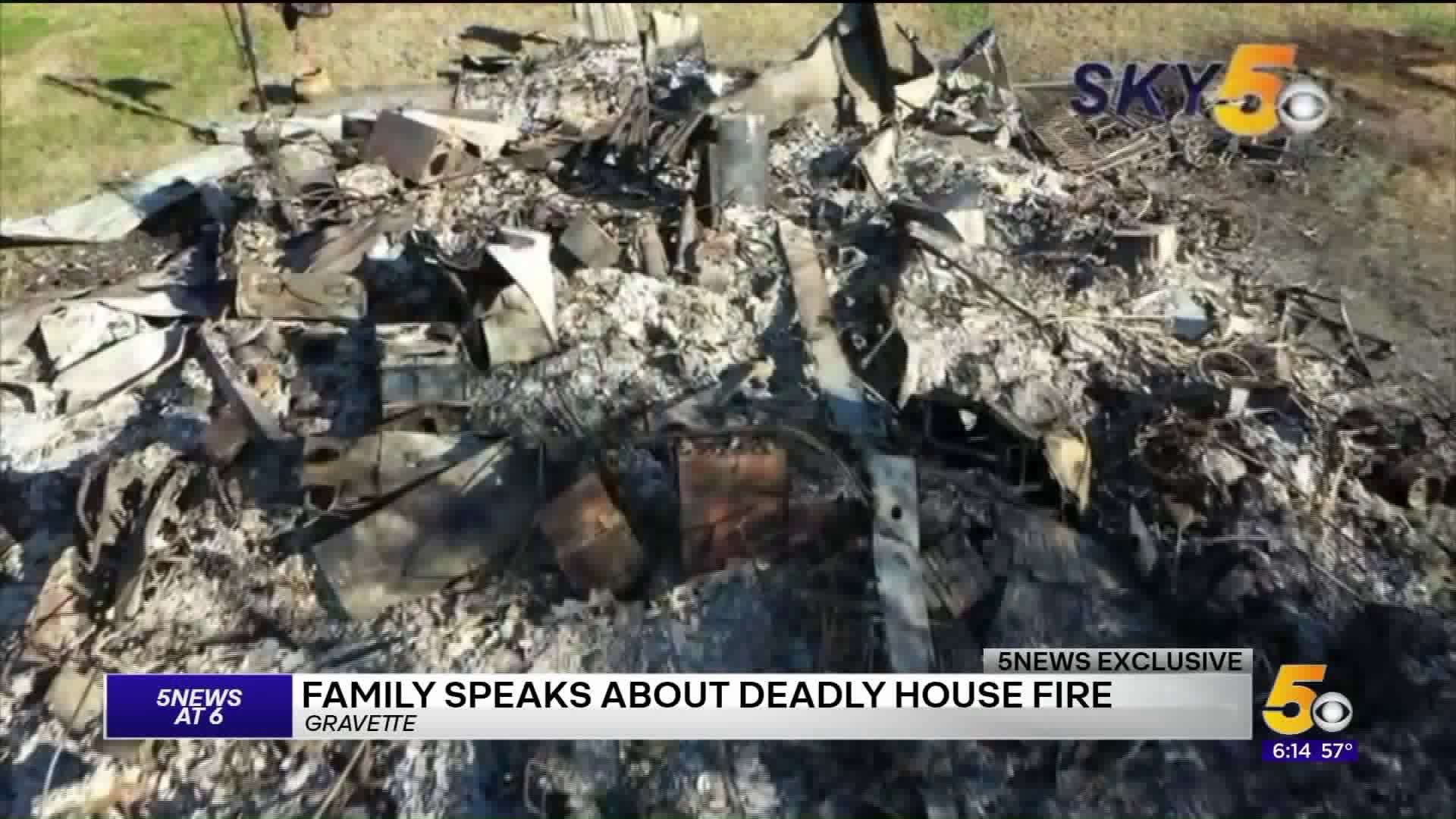 GRAVETTE, Ark. (KFSM) — A woman who jumped from the second floor of her burning home in Gravette shared her story with 5NEWS.

It's believed the fire started at the bottom floor of the home on Sunday (Nov. 3) morning. It's been burning ever since, reducing the house to ashes.

One man died in the house fire. Christie Nichols says her husband and daughter barely made it out alive.

Nichols says the fire was both terrifying and devastating.

"I mean it's been tough," Nichols said.

Smoke is still rising into the air two days later at the spot Nichols once called home.

She was the first to notice something was wrong.

John Nichols, the man that died in the fire, was Christie's father-in-law. He lived on the first floor of the home, where it's believed the fire started. He died before first responders could get inside.

"We tried," Nichols said. "My husband tried. He kicked in the door, hoping to get him. It was too far, that blaze was just coming out. He couldn't get in there."

After making several attempts to get to John through the smoke and flames - Christie, her husband and their daughter had to jump from the balcony of the second floor on to their car because there was no other way out.

"I had to hand her down to him, and then I had to climb down, and then when I looked over to the apartment area, I mean it was blazing," Nichols told 5NEWS.

The Benton County Assistant Fire Marshal Eric Smith says the home is a total loss. Smith says it could take weeks to investigate what started the fire.

"A total destruction like this it really does make it more difficult because a lot of evidence isn't there, so that's where interviews with the people who were living there at the time or were in the fire come in handy," Smith said.

Nichols says she's leaning on her family, friends and neighbors for strength through this time. She says she's filled with loss and heartbreak.

“I wish I would have known this was going on ahead of time so that that way I could have maybe gotten down there and noticed it and then got him out. But I didn’t even know until I heard the explosion sound,” Nichols said.

Christie says her brother brought over a camper for them to stay in. She says they do have plans to rebuild on the same land where their home burned down in the future.

A funeral service for John Nichols will be held this week.

A friend of the Nichols family created a fundraiser on Facebook to help them through this tragic time.