Garfield Family Says Heater Could Be To Blame For House Fire

GARFIELD, Ark — A family of eight said they were lucky enough to be away from their home when it caught fire and burned to the ground Saturday night (Feb.... 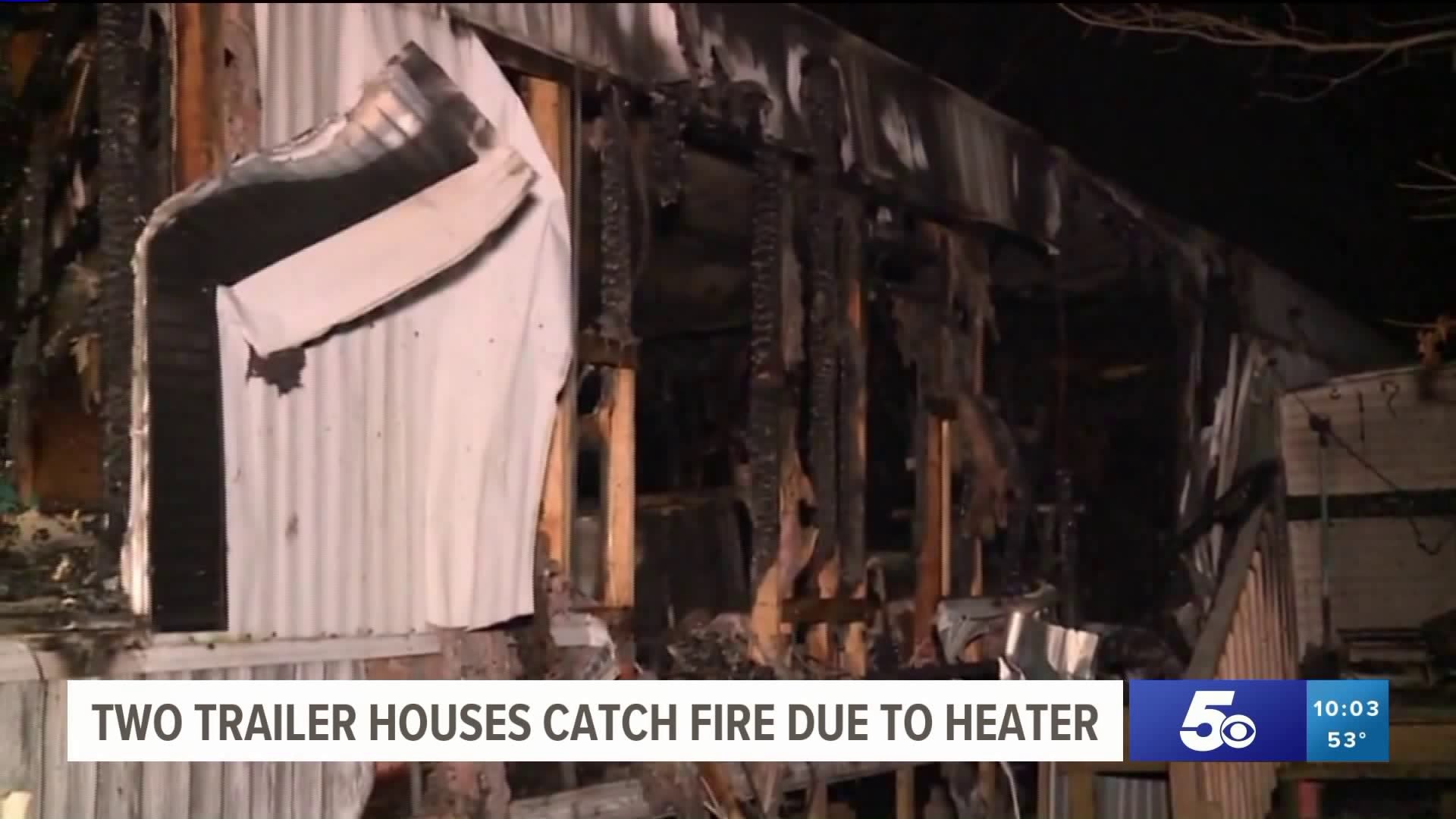 GARFIELD, Ark -- A family of eight said they were lucky enough to be away from their home when it caught fire and burned to the ground Saturday night (Feb. 15).

Carlton Johnson said he was at the store when he received a call about his house being on fire. When he rushed back it was engulfed in flames.
“I’m here before the firefighters and it was already too late," said Johnson.
Johnson said his family lived in the home on Markey Lane in Garfield for about ten years.
“I was glad that I made my kids go with me  (to the store) because they could have been anywhere in the house or been trapped," said Johnson about his five children.
Johnson said when he got the call he kept thinking about their dog, an important part of the family that Johnson said was like another child.
“That’s all we had in there that really mattered," he said.
The family pet did not make it out of the fire alive. But Johnson said that he's grateful that his kids and wife were okay.
“I mean, the material stuff you can come back with but it’s just amazing how fast it can happen to anyone,” he said.
Carlton said a space heater inside of the home may be the culprit, though investigators are still looking into a confirmed cause.
The father of five praises his community of Garfield for being incredibly supportive. The family is now looking for a new place to live.
"The community of Garfield, my neighbors and even the Middle school - a bunch of teachers there have stepped up and helped out a lot. Tremendously."